Former Arsenal boss Unai Emery returns to football as new Villarreal manager on three-year deal… but LaLiga side use the SAME picture Gunners took for his unveiling at the Emirates!

Villarreal have confirmed the appointment of former Arsenal manager Unai Emery on a three-year deal, using exactly the same picture the Gunners did for his unveiling.

The LaLiga side’s new boss will be presented officially to fans in a press conference on Monday afternoon.

Emery has been out of football since his sacking at the Emirates in November 2019 after 18 months in charge of the Gunners. 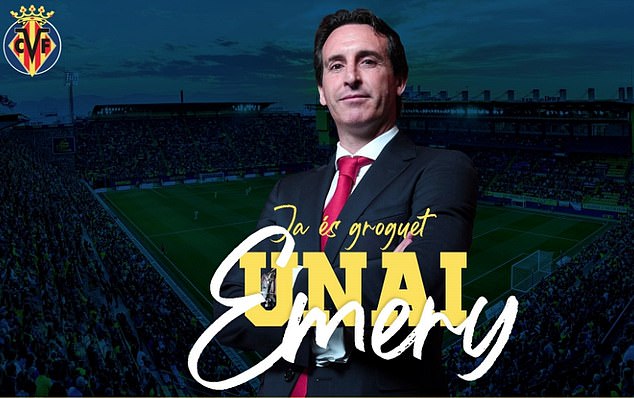 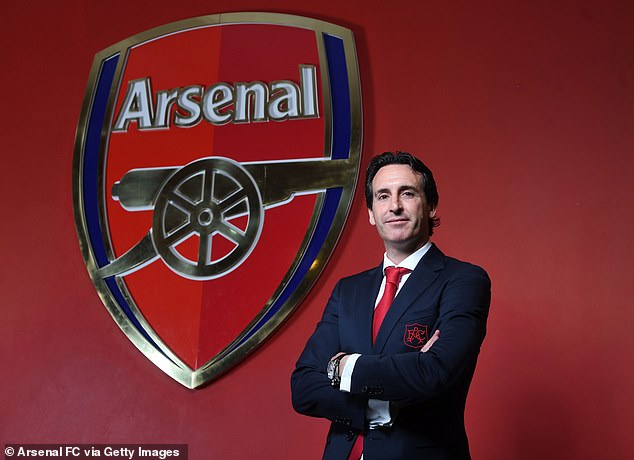 And Villarreal shared an image of Emery with arms folded, red tie and Arsenal blazer on (albeit with the crest cropped out) in the same snap used by the north London club when he arrived in 2018.

The club put a Villarreal crest in the corner and wrote, ‘He is yellow. Unai Emery’ over the image posted on their social media accounts.

On the official Villarreal website, a statement read: ‘Unai Emery is a reputed coach with extensive experience in international football, who has coached international clubs such as Paris Saint-Germain or Arsenal FC. 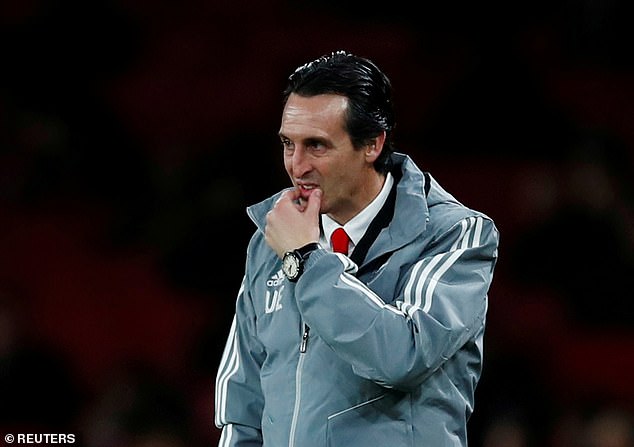 ‘In addition, he knows LaLiga perfectly, after having completed two successful stages at the helm of Sevilla FC and Valencia CF.’

They then went on to outline Emery’s experience in the game.

Emery’s reputation to a dent at the Gunners having joined with strong pedigree after an unprecedented hat-trick of Europa League wins with Sevilla before moving to PSG where he won the Ligue 1 title and Coupe de la Ligue.

But the 48-year-old only lasted a year-and-a-half at the Emirates, losing the Europa League final against Chelsea and finishing fifth in the Premier League before losing his job in November last year. 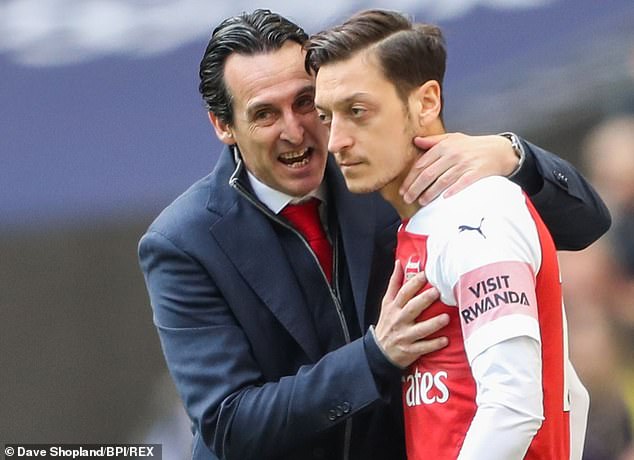