The World Cup winner was seen smiling and shaking hands with his compatriot before the game between USA and Holland at in Lyon. 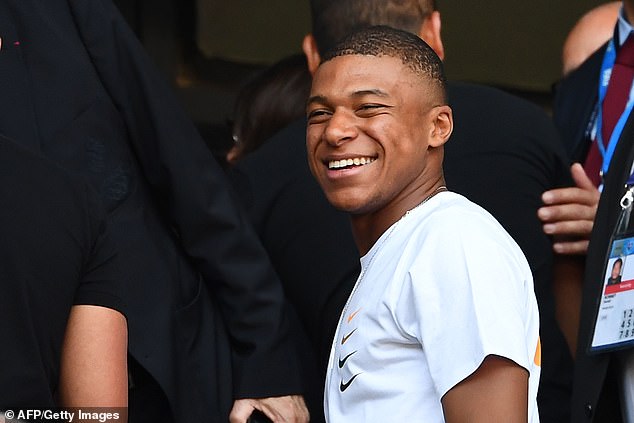 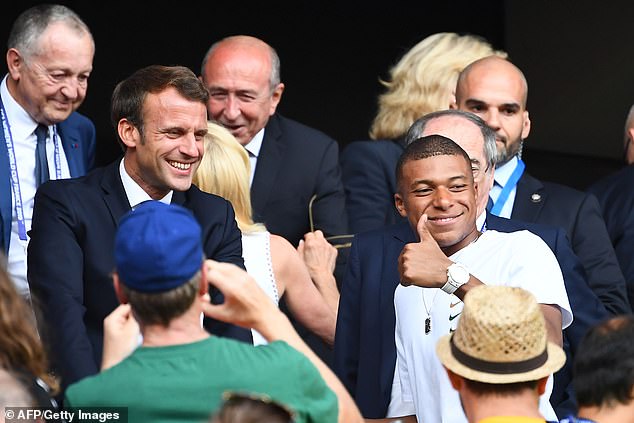 Mbappe is a proud ambassador for French football and is determined to play at both the 2020 European Championship and the Tokyo Olympics.

The PSG forward would be eligible for the Olympic squad despite not being involved in the qualification competition.

French soccer federation president Noel Le Graet told Le Parisien newspaper in June it would be up to coach Sylvain Ripoll to decide. 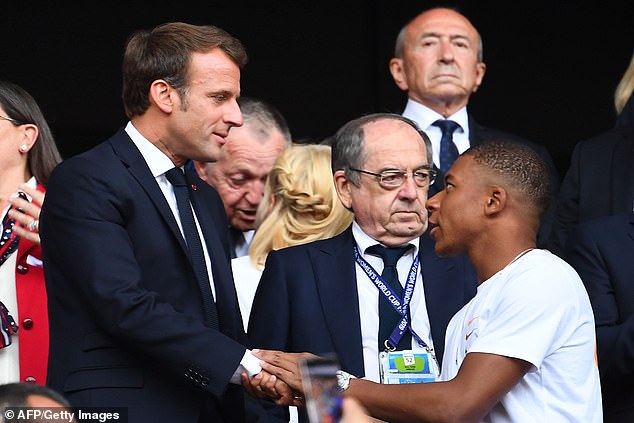 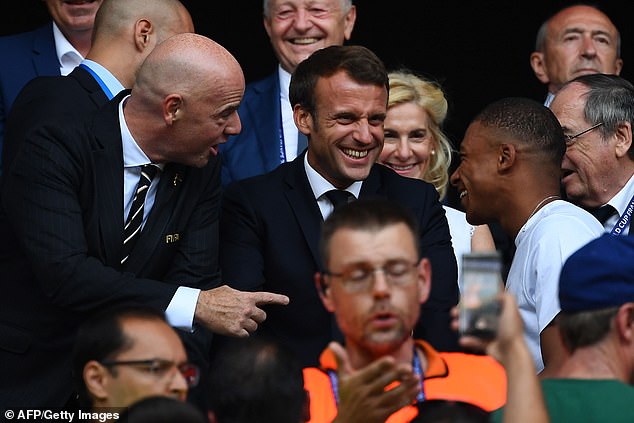 ‘It’s nice that Kylian can say that,’ Le Graet said. ‘It shows he is interested in all France teams, and especially in the Olympics.

‘Once again, it’s nice. But we will need to meet him, and ask the question to Sylvain Ripoll. The decision will belong to him.’

If France qualify for Euro 2020, Mbappe could be playing matches until July 12, the date of the final in London. That is only 10 days before the Olympic tournament kicks off in Japan.

Mbappe scored once and produced a superb performance this time last year in France’s 4-2 victory over Croatia in the World Cup final in Moscow, scoring the final goal for his side. 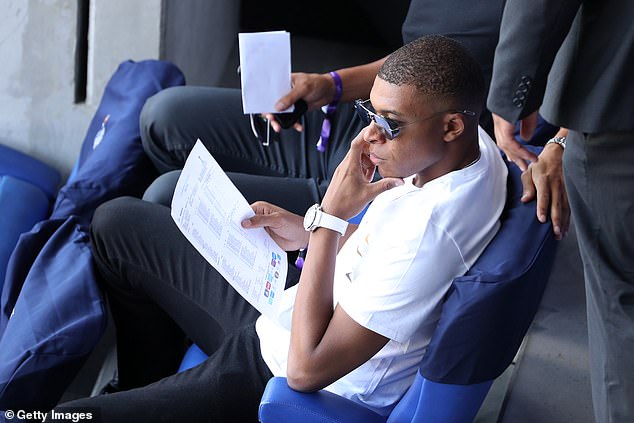 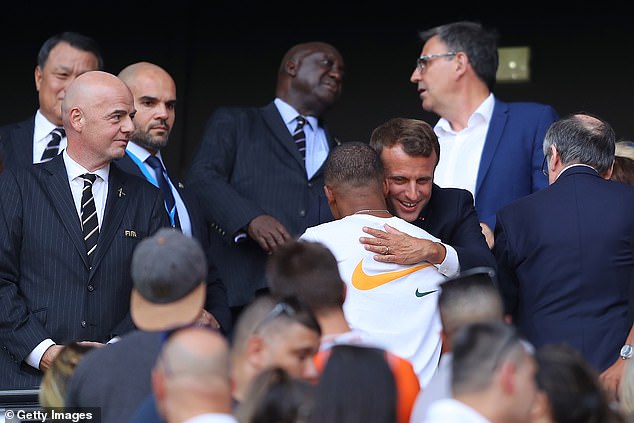 Macron embraces compatriot Mbappe ahead of the showpiece final