Manchester United move for Sporting Lisbon midfielder Fernandes ‘is not

Manchester United’s move for Portugal star Bruno Fernandes will not be swayed by whether Paul Pogba stays at Old Trafford.

The Red Devils lead the £62million race for the 24-year-old midfielder, who has attracted interest from Tottenham, Liverpool and Inter Milan.

According to Portuguese outlet O Jogo, Sporting are keen to conclude a deal done so they can buy a replacement. 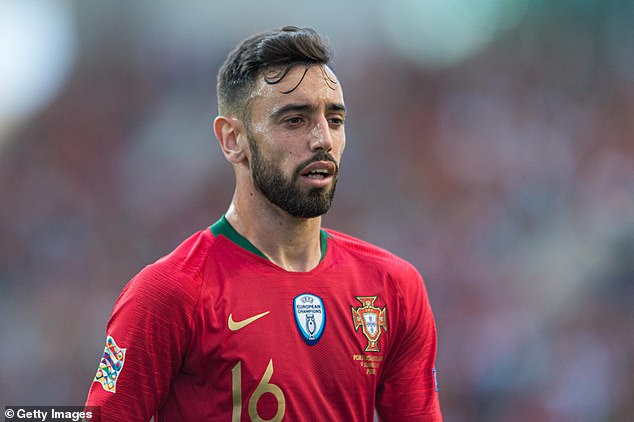 Real Madrid and Juventus are keen on Pogba but United will not be distracted by speculation about the midfielder.

Fernandes admitted he would speak to Sporting Lisbon about leaving should a big club make a move for him this summer.

The 24-year-old impressed as Portugal won the Nations League, while his 31 goals from 50 games in midfield last season has also attracted interest from Tottenham and Liverpool. 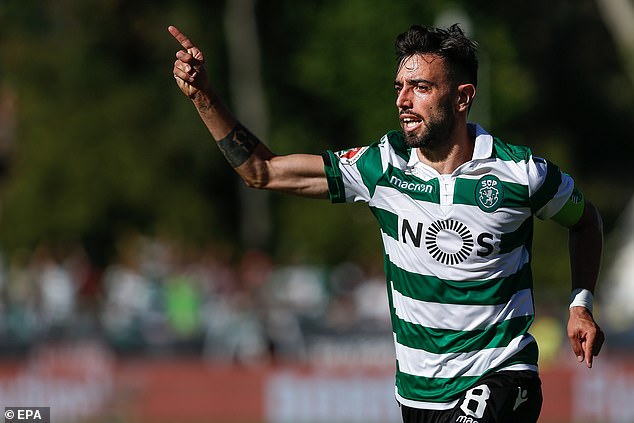 Speaking to Sport Mediaset, Fernandes said: ‘I know nothing, I will take the next few days to understand what is true.

‘We know that newspapers sometimes have to make a show to move the market and sell. I’m calm, I’m at a big club. I don’t need to move, I’m not trying to leave.

‘If the opportunity comes to go to a team that you can’t refuse, I’ll talk to Sporting.’

He won his maiden senior international cap in 2017 and was part of the Portugal side that exited last year’s World Cup in the last-16.

WADA: Russia unfit to stage World Cup if rights were awarded in 2018