In the build up to one of Russia‘s biggest games in recent history – a last-16 World Cup tie with Spain – the spotlight has been on surprise star Denis Cheryshev, rather than their shock run to the knockout rounds.

Cheryshev has been forced to deny that he used banned substances prior to the World Cup after his own father was reported as saying he had been injected with ‘growth hormones’.

The punishment for using a growth hormone without medical exemption is a ban of up to four years and Cheryshev is now at the centre of the Russian doping saga that continues to rumble on. 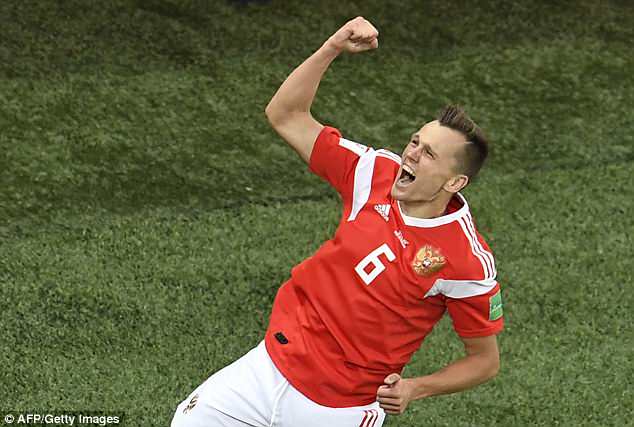 It is not ideal preparation for the midfielder ahead of such a big game. Russia will look to him to continue his fine, if unexpected, form at the World Cup, which has seen him score three goals so far.

Cheryshev is the only member of the squad who plays overseas and is currently with Villarreal, where he has been blighted with injuries to the extent he had not played for his national team for two years. 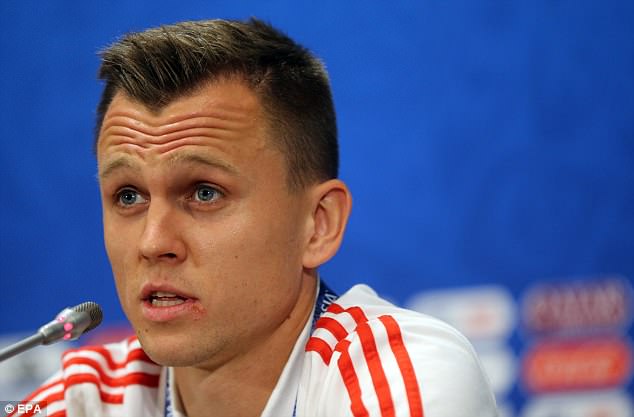 In the wake of those injuries, his father was quoted as having said: ‘He received an injury and, because of the miscommunication of doctors, they began to inject him with growth hormone.

‘It was done so that Denis recovered more quickly.’

But Cheryshev has denied that is what his father meant, or what happened, and his words were backed up by the Russian Football Union (RFU) who issued a statement claiming that he had received an injection but not for growth hormone.

The statement said Cheryshev had received platelet-rich plasma (PRP) injections rather than growth hormones, while also suggesting that the journalist had ‘misinterpreted’ Cheryshev Senior’s words, adding that ‘this is backed up by the recording of the interview’. 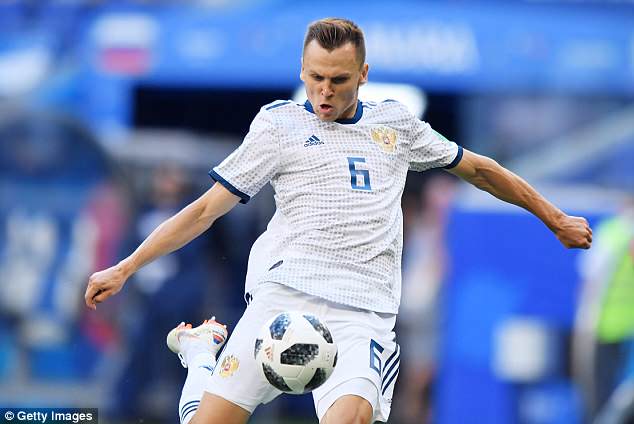 PRP is a form of therapy used to enhance the healing process. The injections help to speed up recovery time by increasing the number of proteins, called growth factors, in the blood around the affected area.

The RFU also said that they had checked the medical procedures their player was undergoing at the time.

According to Russia’s Sport Weekend magazine, Cheryshev Senior had used the phrase ‘growth factor’, in which he was referring to the PRP treatment, rather than ‘hormone’. 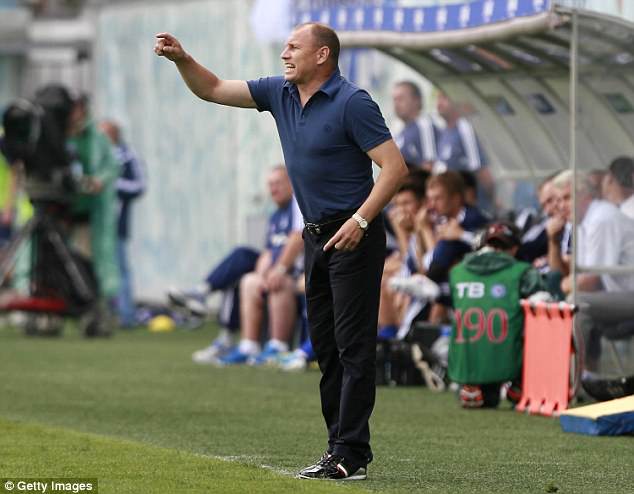 Dmitri Cheryshev, Denis’ father, may have been misinterpreted but refused to comment

Villarreal, where he is believed to have undergone the treatment, said: ‘We cannot help you with this issue.’