Moise Kean is billed as the future of Italian football with skills like Kylian Mbappe and Mario Balotelli’s physique… but who is Everton’s latest signing after joining in a £27.5m deal?

Moise Kean is one of the most exciting young players in the world; an Italian international, Serie A champion and important figure in the fight against racism, while still in his teens.

Sportsmail takes a look at the dynamic forward who has joined in a deal worth up to £27.5million from Juventus to Everton.

WHO IS MOISE KEAN?

He is billed as the future of Italian football. A powerful and skilful striker, 19-year-old Kean scored seven times for champions Juventus last season in 16 games and has already won three caps for Roberto Mancini’s Italy, scoring twice in European Championship qualifiers against Finland and Liechtenstein in March.

Super-agent Mino Raiola can spot a prospect and he snapped up Kean (pronounced Cay-an) early to join the likes of Matthijs De Ligt, Gianluigi Donnarumma, Zlatan Ibrahimovic and Paul Pogba in his stable.

Moise Kean is an Everton player after joining from Juventus in a deal worth up to £27.5m 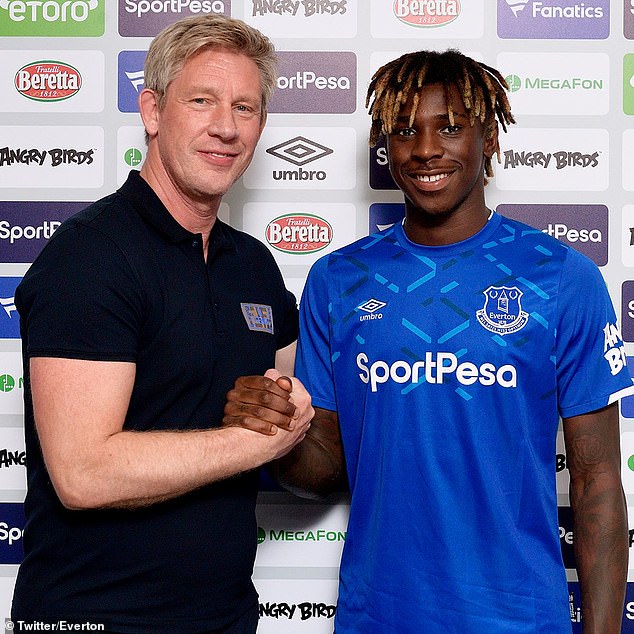 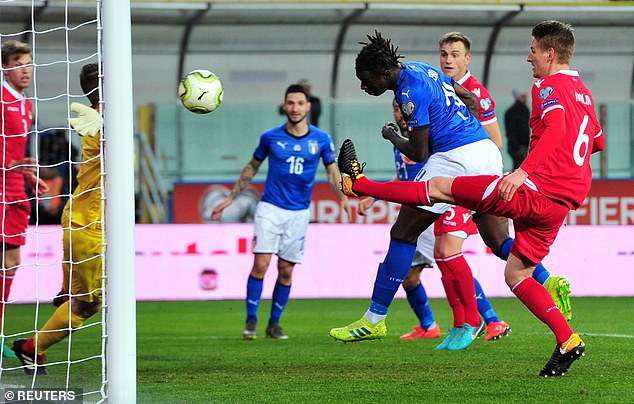 Imagine Marcus Rashford with Mario Balotelli’s physique. Kean, whose idol growing up was Balotelli, can play anywhere on the front line and can physically bully defenders brute strength or terrorsie them with blistering pace and trickery. He also scores his share of straightforward goals by being in the right place inside the penalty area.

He’s been under the spotlight since becoming the first player born in the 21st Century to feature in the Champions League, when he played for Juventus against Sevilla, aged just 16. Long-term, Mancini thinks he’ll develop into a bona fide centre-forward, though for now he often plays out wide. Think Kylian Mbappe, capable of a dragback or flick to get himself clear of a defender and can produce extravagant finishes. He’s the youngest Italian ever to score in consecutive internationals.

At one stage last season, he also boasted the best goal-to-minutes ratio in the big European leagues but he struggled in the last couple of months. He failed to score in the Under 21s European Championship when Italy disappointed on home soil. 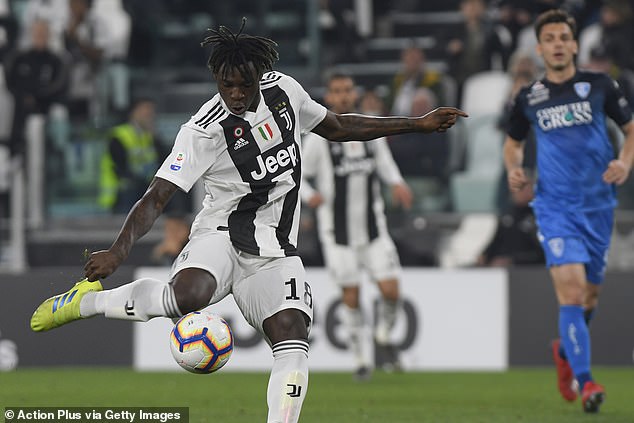 ITALIAN FOOTBALL HAS A PROBLEM WITH RACISM

Like Raheem Sterling, Kean wasn’t intending to become a spokesman for black footballers but has become an important figure in the fight against abuse.

Born in Italy to a father from Ivory Coast, Kean reacted to racist chanting by Cagliari fans in April by scoring a goal against them and then celebrating by holding…

Read More:Who is Moise Kean? Rising star who has moved to Everton from Juventus