Is this the beginning of the end for Lionel Messi at Barcelona? Inter Milan ‘plan 2021 assault’ to sign the Argentina superstar as he considers his future at the Nou Camp after falling out with club’s board over transfers and issues off the pitch

Inter Milan are reportedly eyeing a sensational move for Lionel Messi next summer, with the Barcelona captain’s contract due to run out in 2021.

Messi, who was raging last week after a disappointing home defeat to Osasuna confirmed that Barca’s reign as LaLiga champions was over, has still enjoyed a fruitful season, scoring 30 goals in all competitions.

But according to the front page of Italian outlet Gazzetta dello Sport on Saturday, Inter’s majority shareholders Suning Holdings Group are plotting a move for the 33-year-old, and believe they have the cash to lure him to the San Siro next year. 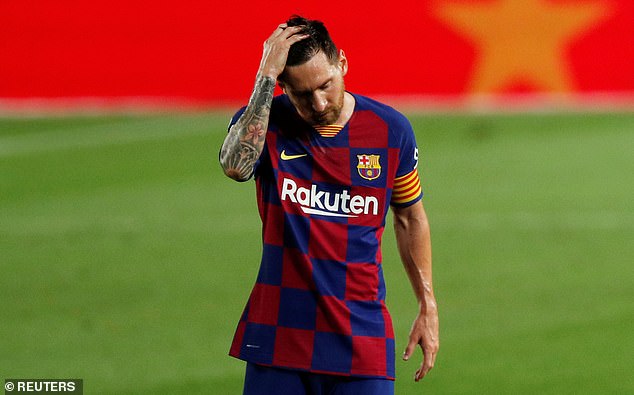 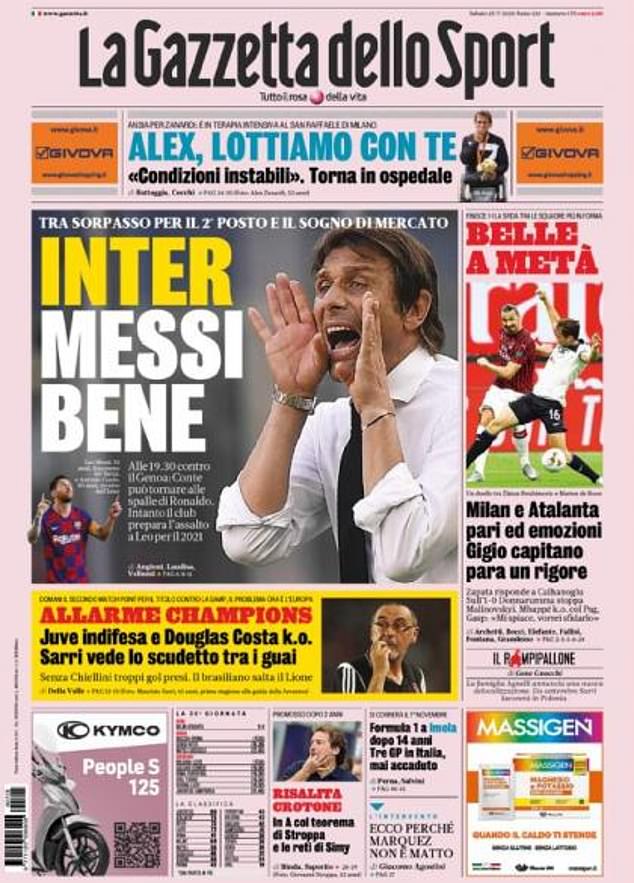 The report details that the Suning group, who have held a stake in Inter since 2016, has the money to plunge for Messi, and see the potential move as a response to Juventus signing Cristiano Ronaldo two years ago.

In addition, the reported move of Messi’s father – Jorge – and his business to Milan from next month is seen as an opportunity from Inter’s point of view to make the move for his son happen in the future.

Though a farewell with Barca still seems unthinkable, Messi’s contract does expire next year and given his current unhappiness amid a season of upheaval on and off the pitch, potential suitors are circling. 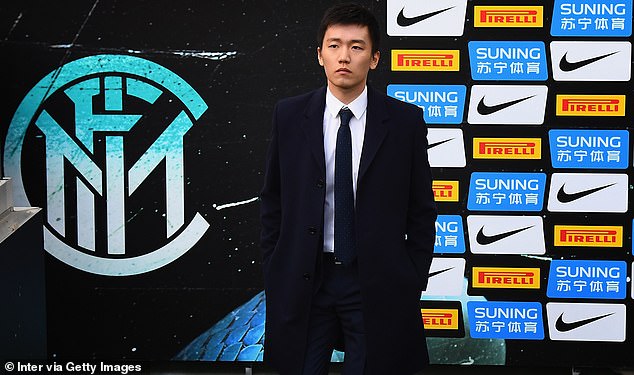 Inter president Steven Zhang, of the Suning group who have the cash to lure Messi to Milan 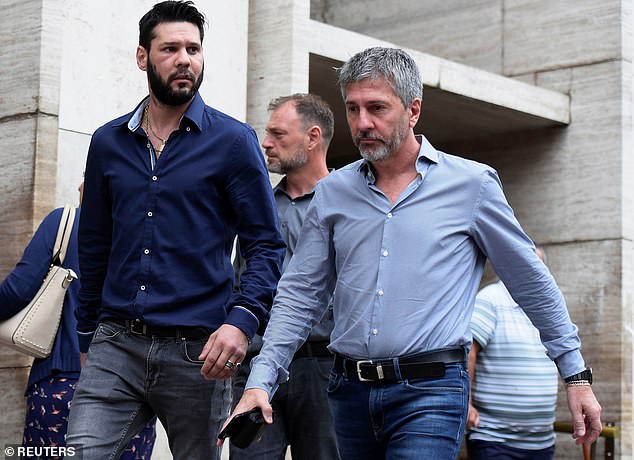 Statistics in all competitions according to Transfermarkt

Messi labelled the Barca side ‘erratic and weak‘ last week after losing 2-1 at home to Osasuna, adding that they would ‘lose to Napoli in the Champions League’ if they played in that manner against the Italians next month in the last-16 second-leg.

He added: ‘Roma, Liverpool… the fans are running out of patience because we’re not giving them anything. If we want to fight for the Champions League, a lot has to change. Like this, we will lose to Napoli.

‘[Real] Madrid did its part by winning all its matches, which is impressive, but we also…

Read More:Lionel Messi ‘could leave Barcelona for Inter Milan as the Serie A giants plot a