Roma legend Daniele De Rossi got used to his new surroundings on Thursday after signing for Boca Juniors.

De Rossi, who left Roma at the end of last season after they announced they would not renew his contract, donned his new club colours for the first time in Buenos Aires.

The 36-year-old was shown around Boca’s famous and lively La Bombonera Stadium on Thursday as he took in his new environment. 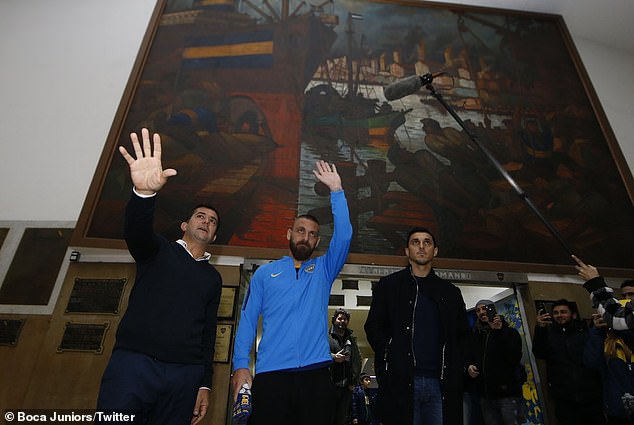 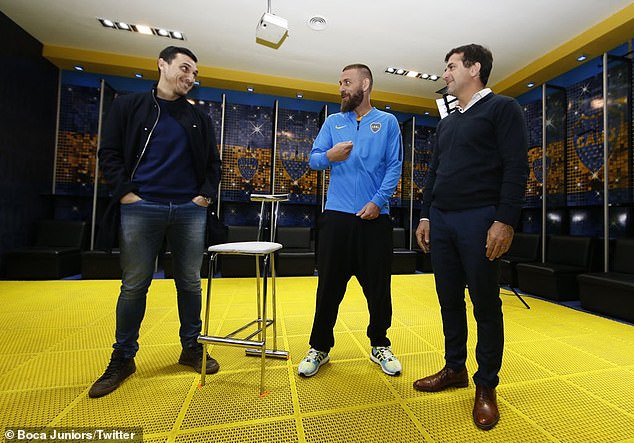 It will be a very strange feeling for the former Italy international when he steps onto the field for the first time in his new colours after his great service for Roma.

The midfielder netted 63 time in 616 appearances – only Francesco Totti, with 768, has played more games for the Serie A outfit.

De Rossi turned down an opportunity to move into a director’s role at Roma, insisting he wanted to pursue a ‘new adventure’ elsewhere still playing the game he loves.

The 2006 World Cup winner flew out to Buenos Aires on his 36th birthday and underwent a medical on Thursday, where he was mobbed by fans.

De Rossi is expected to be officially unveiled as a Boca player on Monday and ahead of what will be a special moment, his former Roma team-mate Leandro Paredes – who started off his career at the club – claimed this was his ‘dream move’. 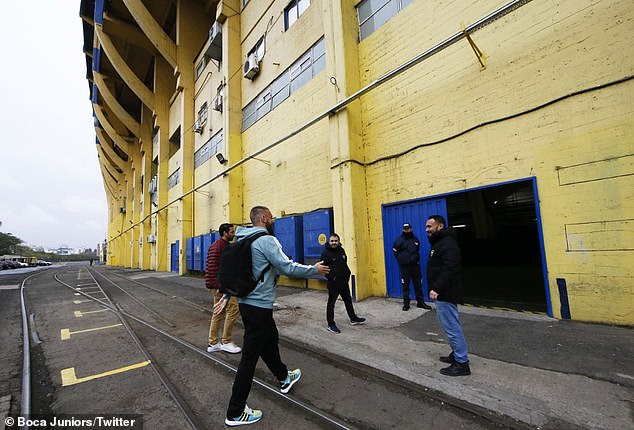 ‘I’ve always kept in touch with De Rossi and he is so happy to be at Boca Juniors,’ Paredes told TyC Sports in Argentina.

‘He told me that he can’t wait to start and would play on Sunday if he could. He’s crazy about the idea of wearing the Boca jersey. I’m not kidding, when he makes his debut, I want to be in the stands watching him.’

Paredes added: ‘From the first moment I arrived at Roma, Daniele was asking me about Boca.

‘He’s in love with the fans and the club. Every chance we got, we’d watch their games together. Playing here is a dream for him and he’s going to be so happy. 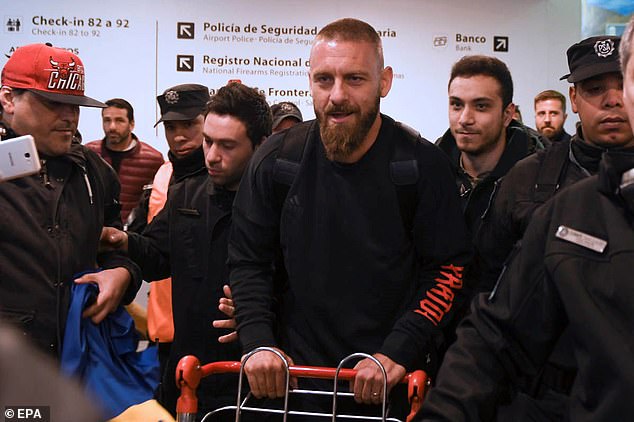 Tributes pour in from Messi, Suarez and more after Luis Enrique announcement of