Liverpool are reportedly ready to turn to La Liga to flesh out their defensive ranks by registering their interest in Real Betis full-back Aissa Mandi.

Reports in Spain suggest the newly crowned Premier League champions are monitoring the situation of the 28-year-old Algeria international.

With the player entering the final year of his contract it would be a ‘miracle’ if Mandi agrees to stay on with Betis, as report Spanish outlet Estadio Deportivo. 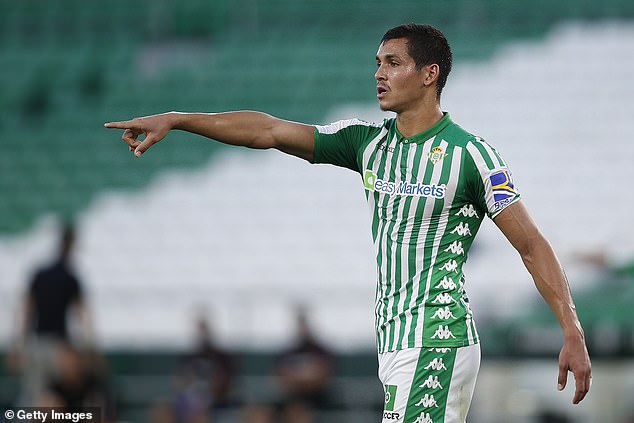 Now Liverpool’s famed recruitment department are said to have been put on alert as a result, sensing a cut-price deal can be done.

Mandi could be available for as little as £10million as Betis look to raise funds following the financial impact of the coronavirus pandemic and the disruption it has caused.

Jurgen Klopp’s side are in the market for defensive reinforcements this summer, as they search for experienced cover for flying full-backs Andy Robertson and Trent Alexander-Arnold. 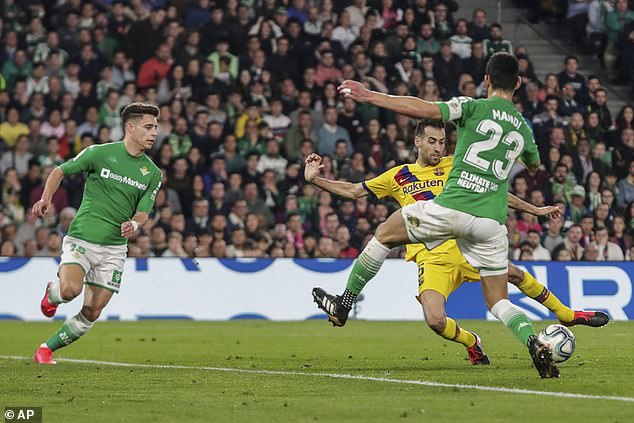 The 28-year-old, seen challenging Barcelona’s Sergio Busquets, has one year left on his deal

Mandi’s versatility is believed to be an attractive proposition for the Reds, who also value cover at the centre of defence.

The Merseyside club are set to lose Dejan Lovren this summer, with the Croatian in the processing of finalising his £10.9m move to Zenit St Petersburg.

Steve Bruce’s Newcastle are also said to be monitoring the availability of Mandi, who has been at Betis since 2016.

The 28-year-old has 29 La Liga appearances to his name this season, along with one outing in the Copa Del Rey. 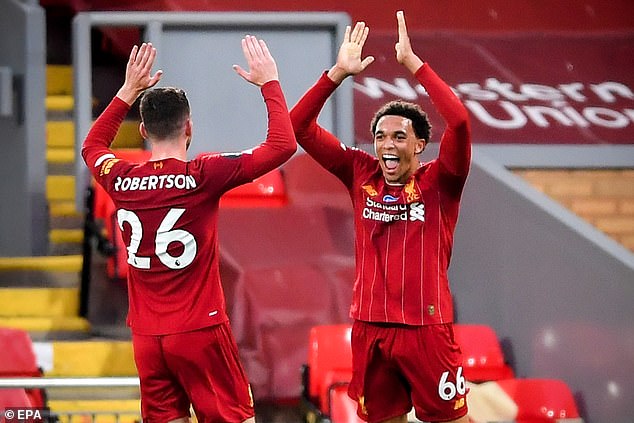 In February, Mandi featured as centre back for Betis and captained the club in a five-goal thriller against Barcelona.

Betis twice took the lead in the match, though a late Barca rally and a Clement Lenglet header saw the Catalan giants steal a 3-2 victory.

Betis have struggled this season and finished a disappointing 15th in the Spanish top flight, with 41 points from 38 matches played.

FIFA president Gianni Infantino says it would be ‘irresponsible’ to prematurely