Olivier Giroud decided not to leave Chelsea in the most recent January transfer window as his wife Jennifer is good friends with Blues director Marina Granovskaia, according to reports.

The French striker, 33, was set to leave the club after falling out of favour with current head coach Frank Lampard, with Inter Milan, Lazio and Tottenham all interested in signing the ex-Arsenal forward.

Yet Chelsea decided to pull the plug on a Giroud exit deal on transfer deadline day, even though the striker was halfway out the door at Stamford Bridge. Journalist Christian Falk claims that Granovskaia used the Frenchman’s wife to keep him at the club. 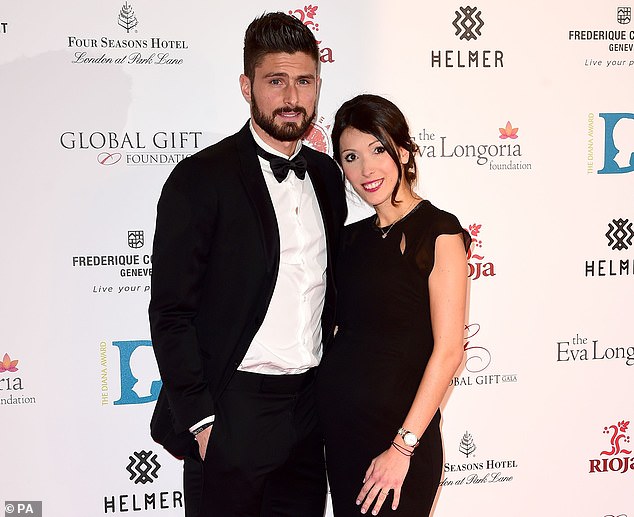 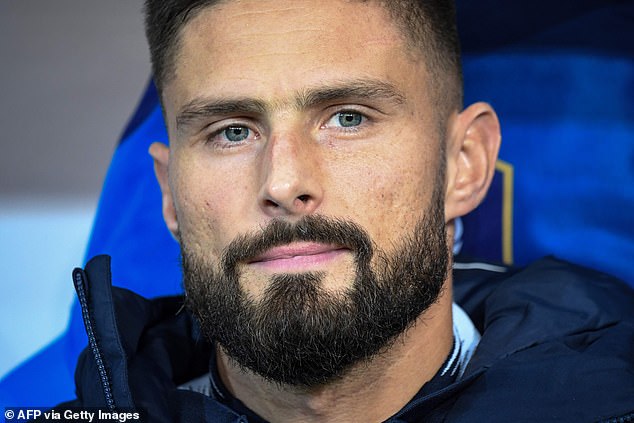 Mr Falk told the Byline Podcast: ‘Marina was the one who stopped Giroud leaving in the winter as she was really close to his wife.’

After his move away from Stamford Bridge failed to go through, Giroud has become a key player in Lampard’s top-four chasing side, scoring in four out of his last five Premier League matches.

And while Giroud is clearly back in Lampard’s plans after being dropped for young Englishman Tammy Abraham, the French forward admitted himself that he did everything he could to leave the club in January. 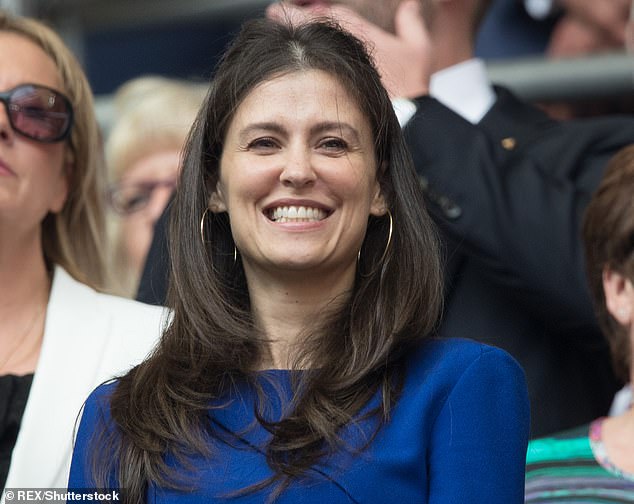 Recalling his emotions back in January, Giroud said: ‘Even I saw myself elsewhere to be honest.

‘I went through six complicated months. That’s why I tried to leave in January.

‘I did everything [to leave]. In the end, with the circumstances, Chelsea did not want to let me go. The crucial condition for my departure was to have a replacement.

‘The most interesting club for me was Inter Milan. The problem is that it dragged on. 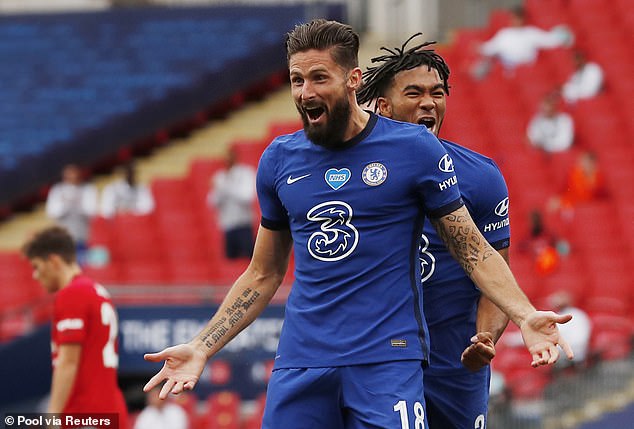 ‘In the end, and even if Lazio were there towards the end and Tottenham too, it was no longer a question of where I was going to leave but could I leave.

‘There was nothing to do. I was stuck.’

Giroud is likely to be in the Chelsea squad for the Blues’ final Premier League match of the 2019-20 campaign against Wolverhampton Wanderers on Sunday, before a crunch FA Cup final against former club…

Read More:Olivier Giroud stayed at Chelsea in January because club director is friends