Jordan Pickford was the only England player to make the UEFA Nations League Team of the Tournament.

The team was dominated by Portugal and Holland players as they both reached Sunday’s final. 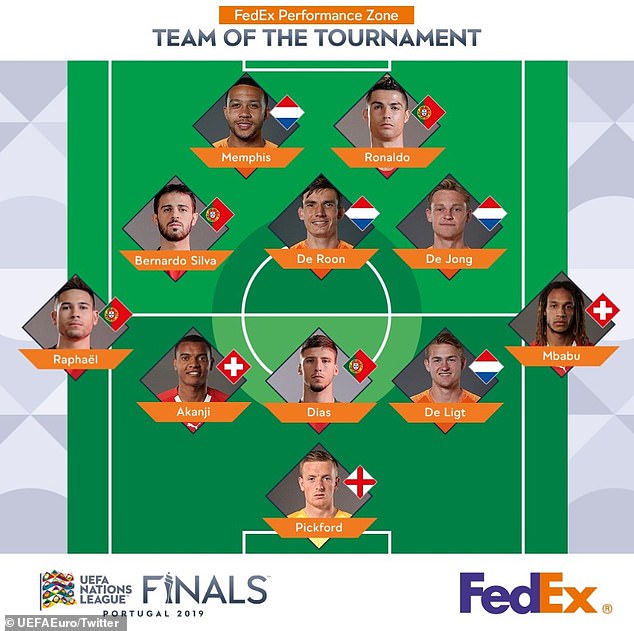 In midfield was player of the tournament Bernardo Silva and Holland’s Marten de Roon and Frenkie de Jong.

Memphis Depay and Cristiano Ronaldo led the line in a team chosen by the FedEx Performance Zone, which uses an algorithm to measure player performance.

Fernando Santos’ side defeated Holland 1-0 in the Nations League final whilst England beat Switzerland in the third-place play-off.

Everton star Pickford saved the last penalty in the shootout as Gareth Southgate’s side finished third in the tournament.

The Three Lions lost 3-1 to Holland in the semi-finals while Ronaldo’s hat-trick against the Swiss propelled Portugal to the final. 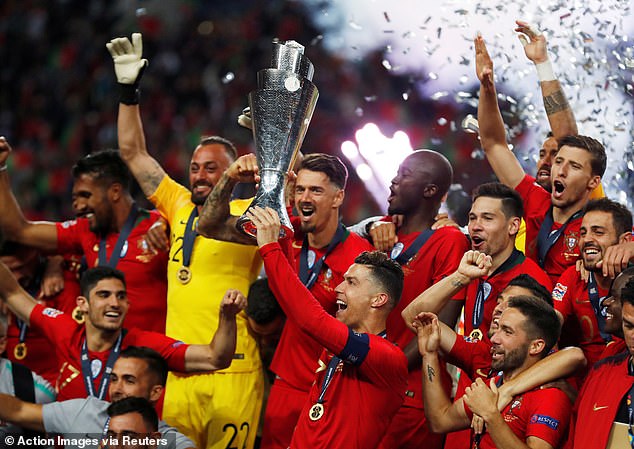