‘You can’t expect players who are not playing to be happy about it’: Marc-Andre ter Stegen hits back at Manuel Neuer after Bayern Munich goalkeeper told team-mate and rival to accept his bit-part Germany role

Bayern Munich shot-stopper Neuer, who remains Germany’s No 1 under Joachim Low, has told the Barcelona star to accept his bit-part role for the national team.

Ter Stegen was left angered during the recent international break after being axed from the starting XI against both Holland and Northern Ireland. 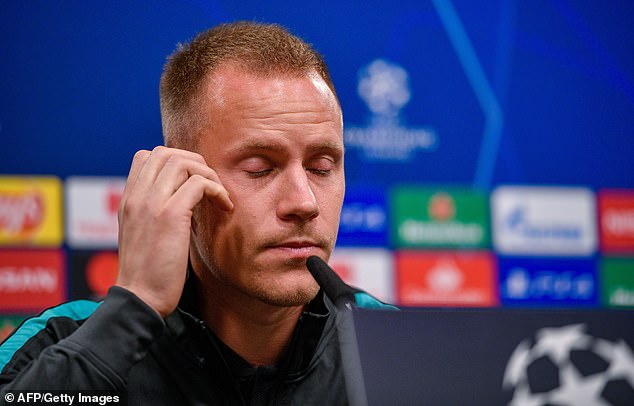 The 27-year-old impressed as he deputised for Neuer when the latter was ruled out of action with a foot injury late on in 2017 and at the beginning of 2018.

However, Neuer came straight back into the side for their dismal defence of the 2018 World Cup and he has since kept his spot as No 1.

And now after admitting his frustration with his situation, he has since hit back at Neuer after his rival claimed he should stop moaning and get on with things.

‘Of course I have something to say,’ he told Bild. ‘You can not call for competition and expect players who are not playing to be happy about it. 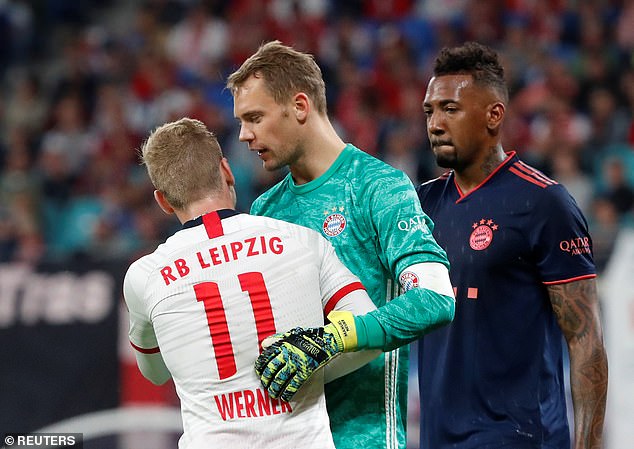 ‘You do not have to say anything about my feelings, that’s my personal opinion. If you see the last few years as I have behaved, then such statements are inappropriate!’

Neuer originally claimed: ‘I think he’s a good keeper and he is performing well, but I’m not sure if that helps us.

Ter Stegen will be hoping he gets a look in when the next international break comes about in October, with Germany hosting Argentina in a friendly before travelling to Estonia for their Euro 2020 qualifier. 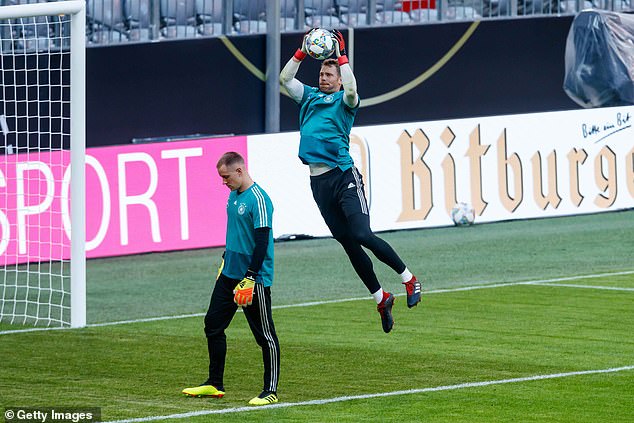 Neuer slotted back into Germany’s line-up following his foot injury, and Ter Stegen is unhappy

‘Think about it, value it more’: Marta sends fiery message to Brazil team-mates