‘Think about it, value it more’: Marta sends fiery message to Brazil team-mates


‘Think about it, value it more’: Marta sends fiery message to Brazil team-mates as they bow out of the World Cup after defeat against France

An emotional Marta bid farewell to another unsuccessful World Cup campaign on Sunday with a challenge to Brazil‘s women: work harder and do more if you want to win.

With tears in her eyes after the 2-1 extra-time loss to hosts France, the woman considered by many to be the greatest ever to play the game said the future of Brazilian football was dependent on new generations pushing themselves. 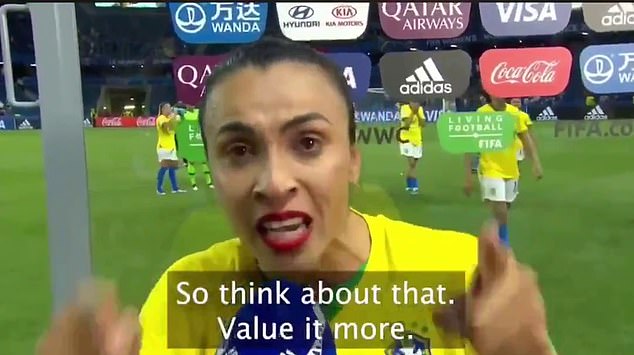 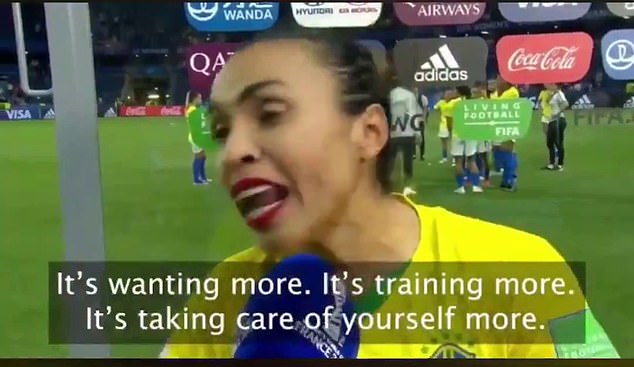 I just sent this video out to every player & parent on my girls U9 & U10 team & told them to watch it & let those final words from Marta sink in. “Cry in the beginning so you can smile in the end.” Words to live by no matter what you pursue in life. #BRA #development #FIFAWWC pic.twitter.com/yV09ldkOE0

Looking straight at the camera with a mix of sadness and defiance, she said: ‘Cry now so you can smile at the end.’

Marta was once again one of the stars of the World Cup with her goals against Australia and Italy taking her overall total to 17, the most of any player in the history of the game.

And though the future of the six-times FIFA world player of the year is uncertain, the 33-year-old gave no sign she would quit after France, her fifth World Cup.

‘It was a great experience for all of us, and now it’s time to take advantage of this exposure and make the women’s game even bigger and better,’ she said.

‘The World Cup has ended for Brazil, but we need to keep on going. Next year we have the Olympics. And we are very grateful about all the love that came from our country during this run.’ 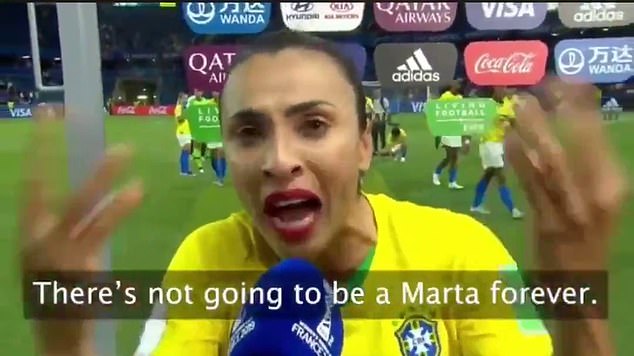 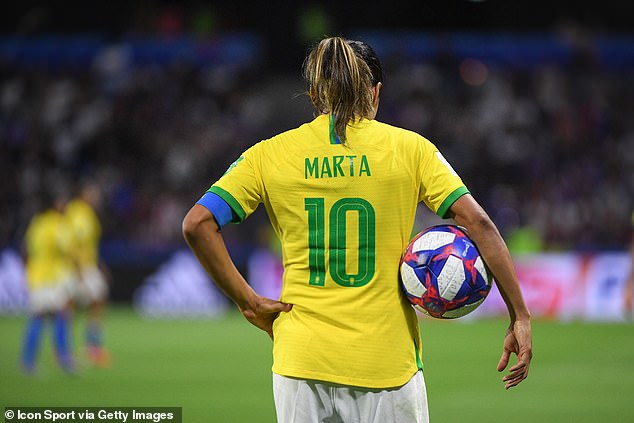 The Brazilian side who came to France looking for their first World Cup win surpassed expectations, winning two out of three group games…