Alaves 0-5 Barcelona: Lionel Messi hits brace while Ansu Fati and Luis Suarez get in on the act in rout against strugglers as Quique Setien’s men look to finish season strong after disappointment of missing out on the title

By Peter Jenson For Mailonline

Barcelona will not finish top of La Liga but Lionel Messi will almost definitely finish as the league’s leading scoring after he scored twice in a 5-0 win over Alaves.

He moved to 25 goals for the season and only Karim Benzema, on 21 goals, scoring five later tonight will stop him taking the ‘Pichichi’ prize for top scorer in La Liga for a record seventh season.

This game always looked like being a gift for Barcelona and they were far too good for lowly Alaves with 20-year-old Riqui Puig and 17-year-old Ansu Fati enjoying themselves in the sunshine and Luis Suarez taking his tally to 16. 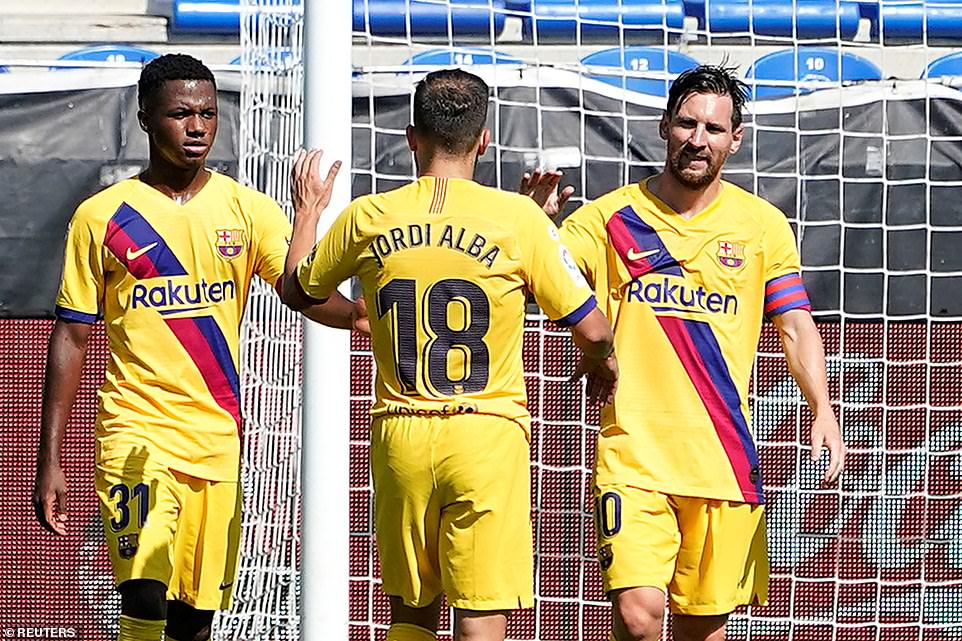 The Champions League could still cheer up the Barcelona supporters – they must now wait to see who coaches the team in Europe next month.

Lionel Messi appeared to back Quique Setien keeping his job through the rest of the summer when he said what the players needed now was a period of calm.

Messi said: ‘It was a difficult game to play because of the situation we found ourselves in but the team responded and it’s a big step forward.

‘We have not played well this season. We know we have to be as motivated or even more motivated than the opposition.’ 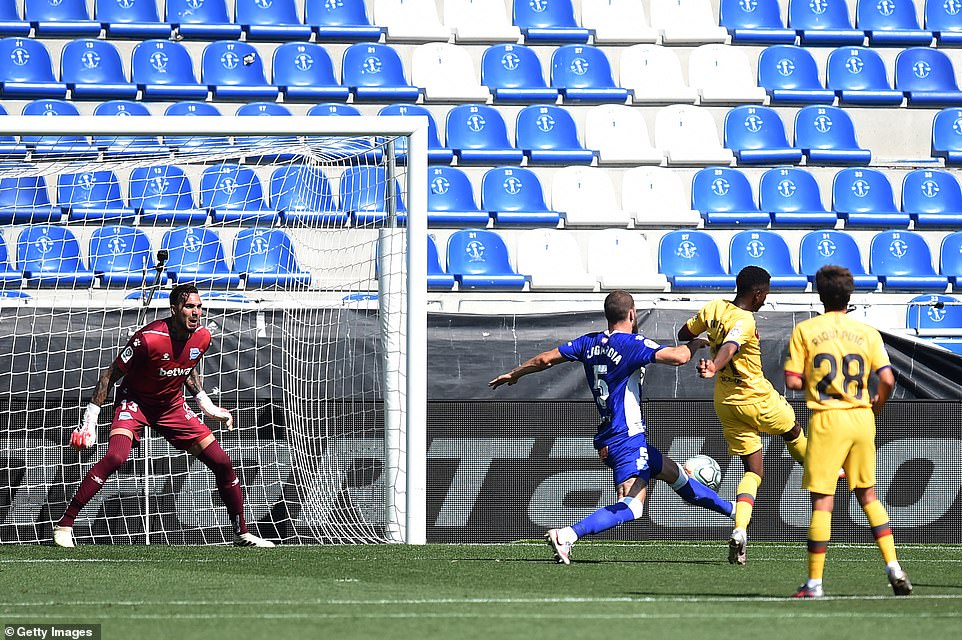 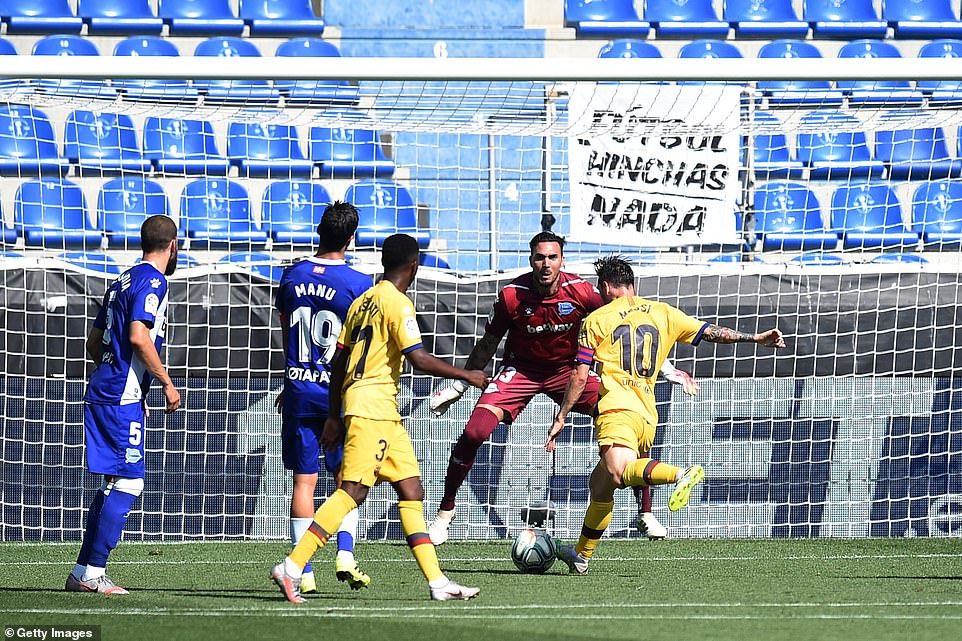 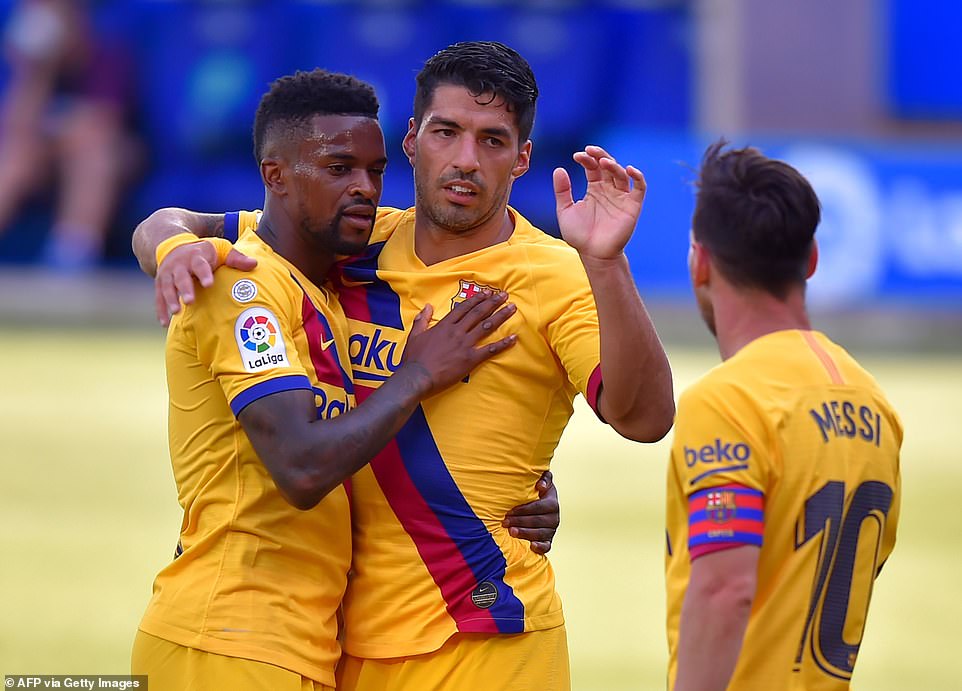 He appeared to support Setien when he said: ‘As the coach said the other day there are things that we have done well in recent weeks.

‘We need a bit of calm. We have had a look at ourselves and now we have to go away and come back fresh for Napoli.’

Barcelona were three-up at half time and it could have been six with three efforts rattling the frame of Roberto Jimenez’ goal.

First to go close for Barcelona was Puig whose shot from distance thumped the bar. Fati then…