Legendary goalkeeper Gianluigi Buffon is set for an emotional return to Juventus just a year on from leaving, according to reports.

After 17 hugely successful years and 656 appearances for Serie A giants Juventus, Buffon made the move to Paris Saint-Germain last summer on a free transfer.

Buffon featured sparingly for PSG in what was a hugely underwhelming campaign – winning only Ligue 1 and getting dumped out of the Champions League at the last-16 stage. 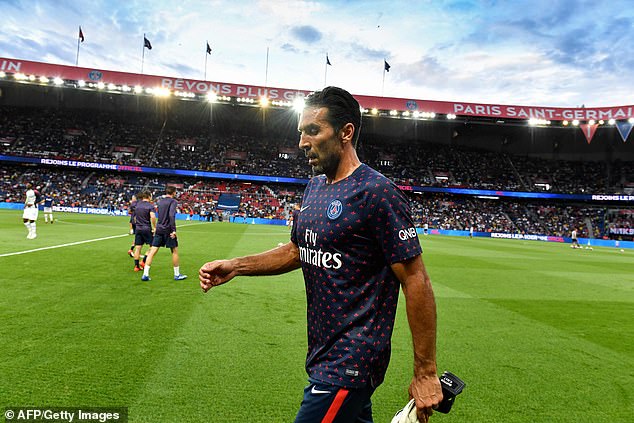 And according to Sky Sports Italia, the 41-year-old is ready to return back to his beloved club Juventus and play second fiddle to Wojciech Szczesny.

Juventus goalkeeper Mattia Perrin is expected to walk out of the Juventus exit doors this summer as he looks to fulfill a career as a No 1 somewhere else.

This could pave the way for the 2006 Italy World Cup winner, who is in talks about a return and is looking to sign a one-year contract, to come back as No 2 goalkeeper.

Buffon has already accepted the deputy position to Szczesny as he bids to take up a future role in management after the season is over.

Buffon won nine Serie A titles as well as four Coppa Italia’s at Juventus, and he will be desperate to add to that remarkable tally if he returns for an emotional swansong. 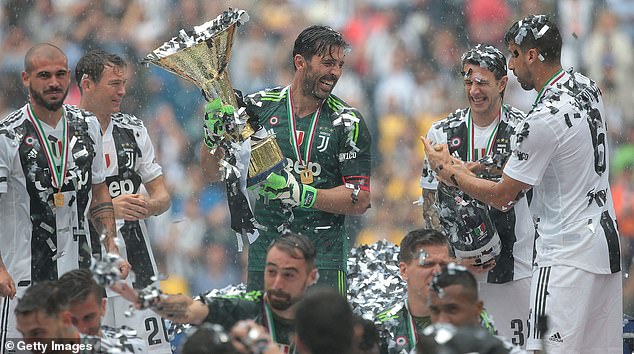 Buffon had a hugely successful career at Juventus, winning an incredible nine Serie A titles

Read More:Gianlugi Buffon set for emotional return to Juventus after just one season at