Mad Mario strikes again: Balotelli ‘reported over instigation to commit crimes’ after paying bar owner €2,000 to drive his moped into the SEA while on holiday in Naples

Mario Balotelli has reportedly landed himself in trouble with the Italian authorities after he allegedly paid a bar owner €2,000 (£1,800) to drive his moped into the sea.

The former Manchester City and Liverpool striker is known for his wild off-field antics but it appears he may have gone one step too far this time.

Footage uploaded on Twitter appears to show Balotelli making a bet with a man, reported to be an owner of a local bar, while on holiday in Mergellina near Naples in his homeland. 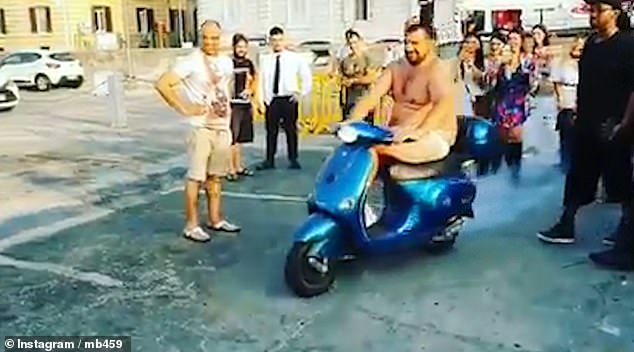 Mario Balotelli allegedly paid a bar owner €2,000 to drive his moped into the sea in Italy 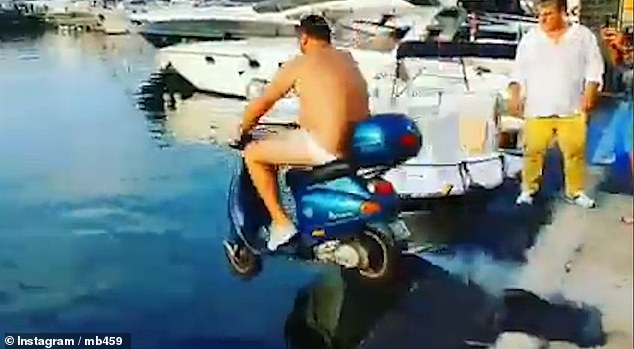 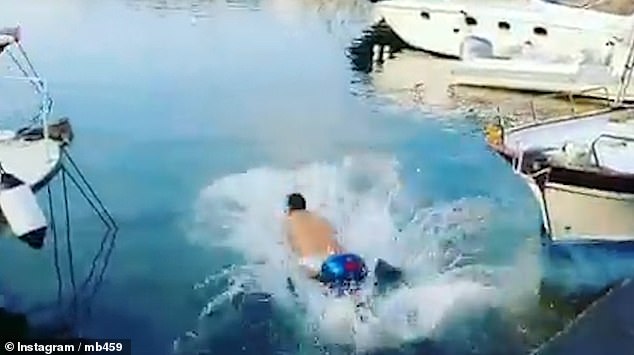 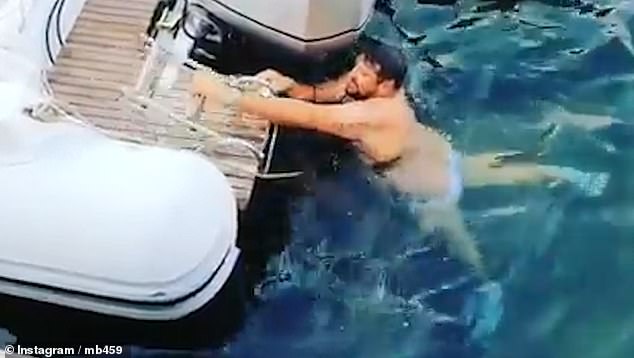 After emerging from the water and drying off, he appeared to take cash from Balotelli

The man then jumps onto the back of his Vespa, while wearing just his underwear, and drives the moped into the water.

After emerging from the sea and drying himself off, the bar owner then collects his money from the ex-Marseille forward.

It is claimed the free agent offered the man €2,000 in order to persuade him to take the bet.

He was later seen pocketing the cash, reportedly telling local media: ‘My moped was only worth £540 anyway’.

Balotelli and three other people were said to have been reported and it will now be put to a local magistrate who will be decide whether or not to pursue charges on the four people involved. 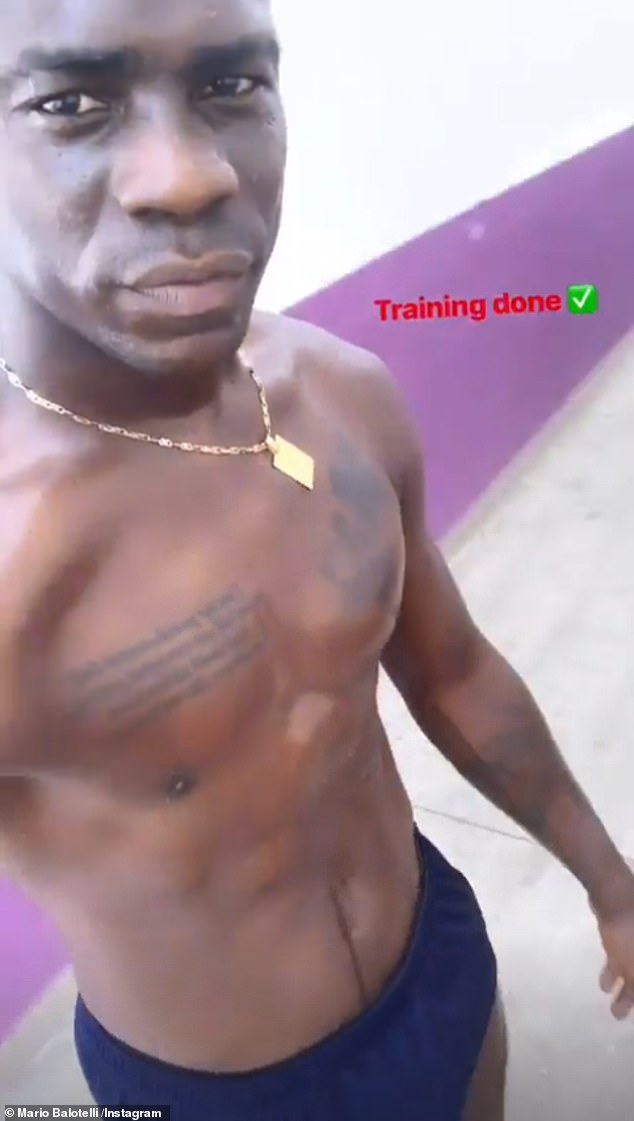 Balotelli hit back at claims he paid the many to carry out the stunt, taking to social media to deny it was a bet.

He claimed: ‘I wanted to clarify that the bet was not monetised but it was a whole scene for a joke.’

The Italian is still looking for a new club after a quite impressive spell at Marseille, in which he scored eight goals in 12 games for the French giants.

The enigmatic star got the move from Nice after dominating in Ligue 1, but now appears to have outgrown the French league after failing to agree terms on a new deal.

Read More:Mario Balotelli pays bar owner €2,000 to drive his moped into the sea