Bayern Munich news: Manuel Neuer hints he will retire when he’s ‘no longer


‘It is difficult to get up and motivate each day’: Bayern Munich and Germany star Manuel Neuer hints at retirement but insists he won’t hang up his gloves until he’s ‘no longer needed’

Manuel Neuer has revealed that he will hang up his gloves once he is ‘no longer needed’.

The 33-year-old has struggled with a number of injuries in the past few years which have seen him spend large spells on the sidelines.

Despite this, Neuer has managed to retain his important role as captain for both Bayern Munich and Germany, while he believes he still has plenty more to offer for both club and country. 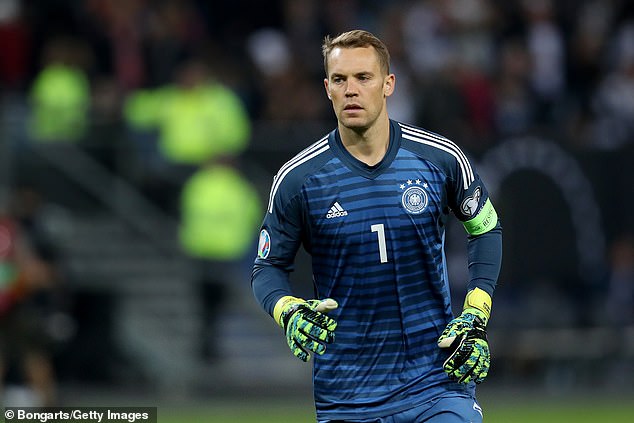 He told Welt am Sonntag: ‘When you are no longer needed and you feel it, it is difficult to get up and motivate each day. When your experience is needed and your players need you, that drives you on.

‘I have the feeling that I am very much needed here in the national team and that everyone is happy that I’m here. It’s clear that I have to show it in my performance.’

‘I’m still as annoyed with things that don’t work out as they did nine or 10 years ago and I’m still happy about things that work out. 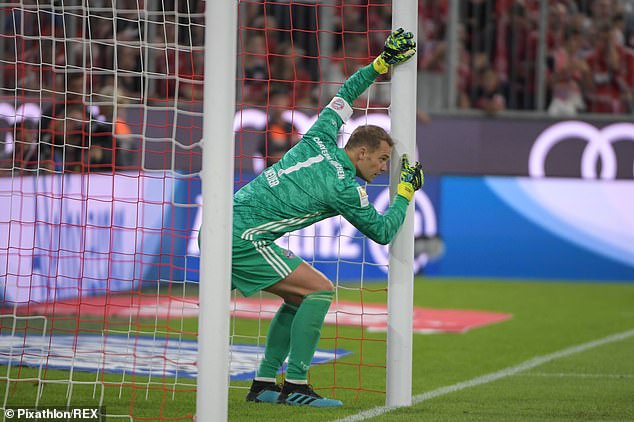 ‘These are signs that mean something to me. Namely, how ambitious I am still. [I want to] play as long as my body can do it, I’m having fun and I’m needed.’

Neuer currently has 89 caps for Germany while he has also featured 340 times for Bayern since joining from Schalke in 2011.

In that time, he has won seven Bundesliga titles, the Champions League and the UEFA Super Cup, while also guiding Germany to their fourth World Cup in 2014.