‘It is a very important trophy’: Cristiano Ronaldo delighted with Portugal’s victory in inaugural Nations League

Goncalo Guedes scored the only goal to make sure the hosts were crowned the first champions of UEFA’s latest international competition.

Ronaldo’s stunning hat-trick saw off Switzerland 3-1 on Wednesday and earned Portugal their place in the final. 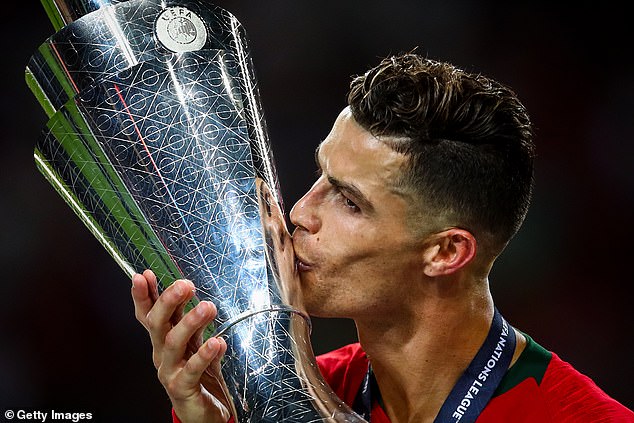 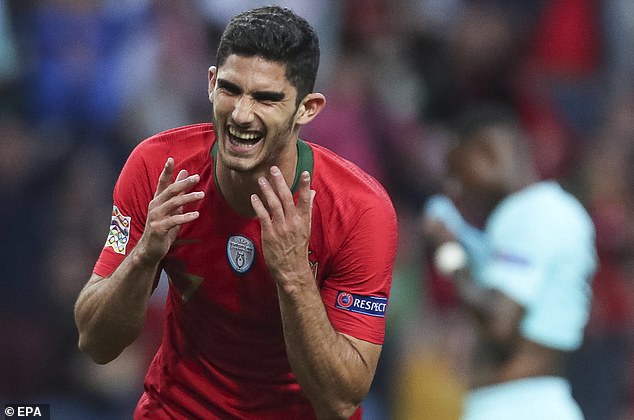 And although the captain and talisman did not score against the Dutch, he said afterwards: ‘I’m very happy.

‘It is a very important trophy for all of Portugal and for the national team.’

The triumph means Portugal can add the Nations League to the European Championship success of three years ago. 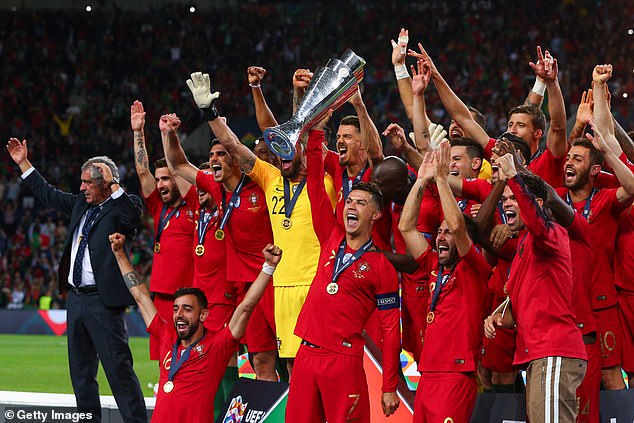 ‘It is a very important trophy for all of Portugal and for the national team,’ Ronaldo said

Ronaldo is proud of the strides his country has made in recent years, adding: ‘Since 2016 Portugal has changed their history and won a trophy again.

‘The goal for this match was to win and to play well.’

The 34-year-old Juventus forward added: ‘For sure this national team will be even better and the younger players will play more.’

FIFA WORLD CUP 2018 SQUADS: All the players called up by every nation