Ronaldinho could be removed from FIFA 20 after the Brazil legend spent 32 days in a Paraguayan prison over a fake passport.

The two-time World Player of the Year was released from jail yesterday and placed under house arrest after reportedly paying a £1.3million bond.

However, the 40-year-old could still be removed from the popular video game, with Argentinian outlet Diario Ole reporting that EA Sports are ‘studying the removal’ of the ex-Barcelona player from the game. 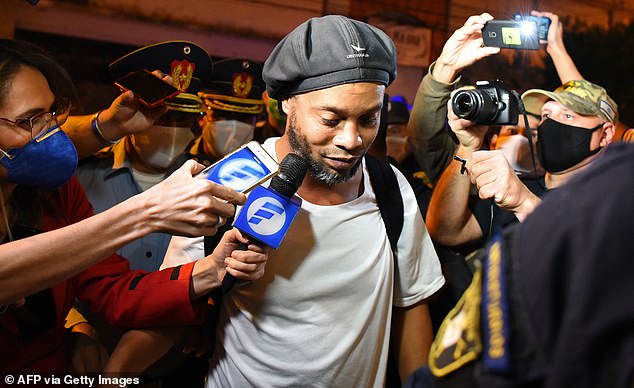 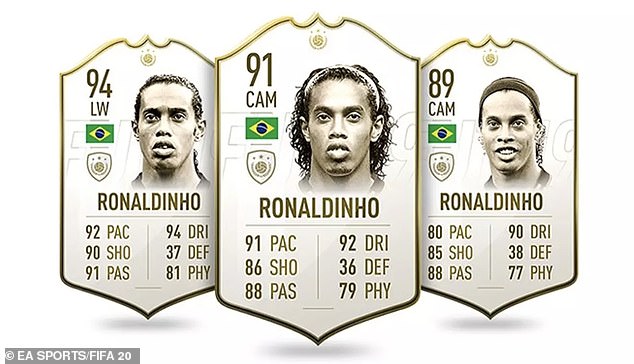 Eliminating his profile on the most recent version of the football game may be necessary due to legal problems, the report details.

Ronaldinho currently has four ICON cards in FIFA’s Ultimate team, ranging from a rating of 89 to 95.

Last month, both he and his brother Roberto were charged with attempting to enter Paraguay with fake passports, and had been faced with six months’ jail time. 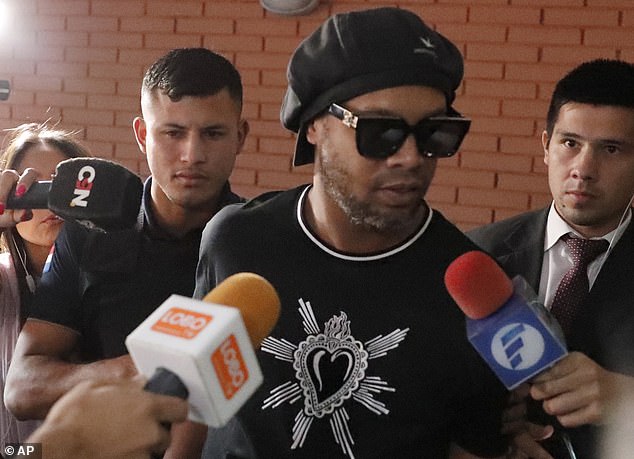 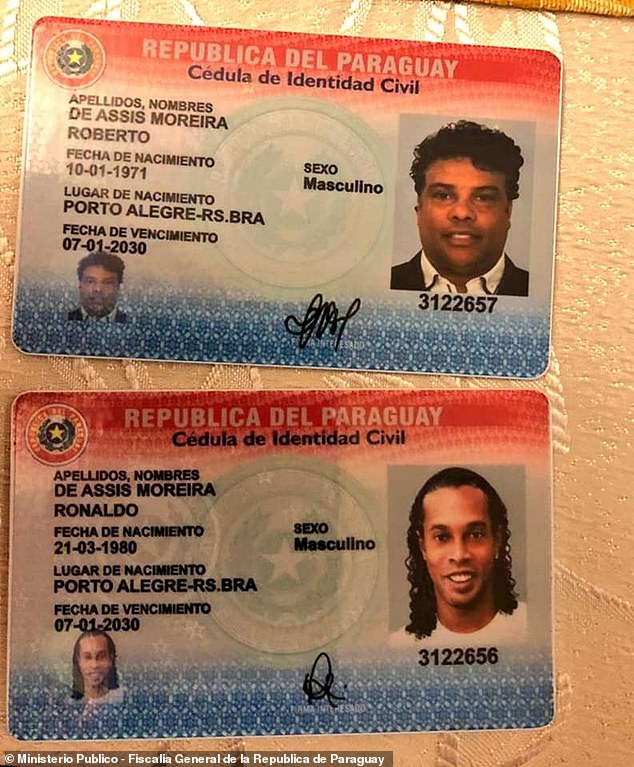 But judge Gustavo Amarilla has permitted them both to stay at a hotel for the mean time, with the case still being decided and the player’s lawyers attempting to appeal the decision to jail him.

It had been argued that he should be spared from facing prison due to his high-profile status as a former footballer, with his legal team saying his detention was ‘arbitrary, abusive and illegal’.

Ronaldinho, who last played for Brazilian outfit Fluminense in 2015, was arrested along with Roberto on March 6, but denied using a forged passport, with the 2002 World Cup winner insisting he didn’t know he had committed an offence.

His own lawyer Adolfo Marin said the former player had been ‘stupid’ and criticised the courts for not taking into account his mistake.

At the height of his football career he won one Ballon d’Or and two FIFA World Player of the Year awards, clinching two LaLiga titles and a Champions League crown with Barcelona, and also lifted the World Cup with Brazil in 2002. 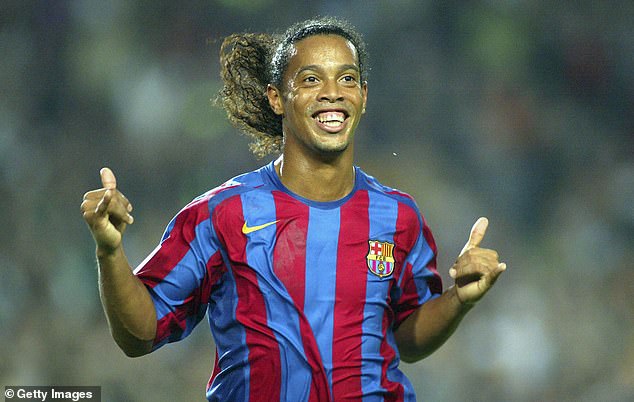 At the height of his career, Ronaldinho was one of the most gifted players in world football 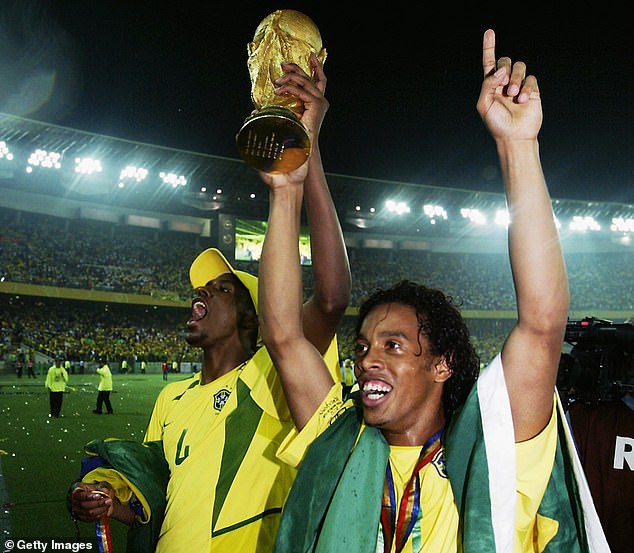 His jailing was a huge fall from…

Read More:EA Sports are ‘looking at removing’ Ronaldinho from FIFA 20 after he served 32