Already-qualified hosts France preserved their perfect record to top Group A at the Women’s World Cup with a 1-0 win against 10-woman Nigeria thanks to Wendie Renard’s 79th minute penalty awarded after a VAR review on Monday.

Renard’s first attempt hit the outside of the post but the kick had to be retaken because Chiamaka Nnadozie had moved off her line – a situation that also happened in France’s previous game against Norway – and the centre back coolly converted.

African champions Nigeria, who could still reach the last 16 as one of the best third-placed teams, finished with 10 players after Ngozi Ebere was dismissed for a second booking in the 75th for a foul on Kadidiatou Diani that led to the penalty. 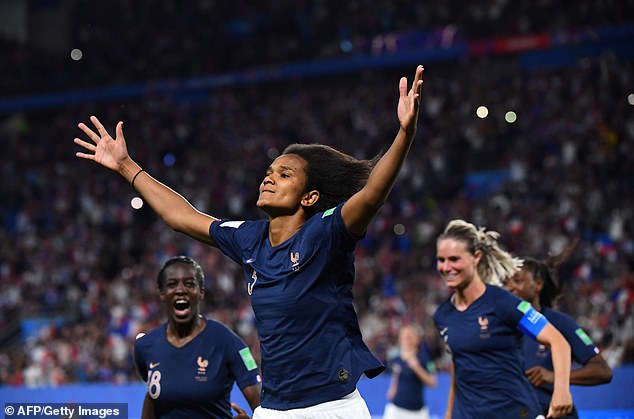 France finished with nine points ahead of Norway with six and Nigeria on three while South Korea have none. France will face one of the best third-placed teams in Le Havre on Sunday.

With France having already booked a place in the last 16 before kick off, coach Corinne Diacre started Viviane Asseyi up front, with Eugenie Le Sommer starting on the bench.

France dominated possession in a packed Roazhon Park but were toothless up front, their best chance coming midway through the first half when Amandine Henry’s volley shaved the post. 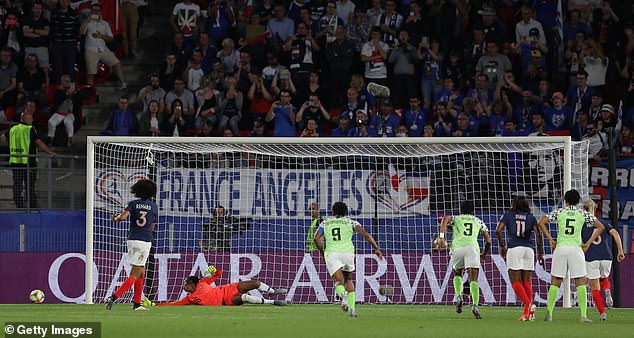 Nigeria were looking to hurt Les Bleues on the break but the central defence, marshalled by Renard, kept the Africans at bay.

The French were more aggressive after the restart but Gaetane Thiney missed a sitter on the hour just before Le Sommer came on for Valerie Gauvin.

Just like in the 2-1 win against Norway, France were awarded a penalty after a VAR review. Renard’s first attempt hit the woodwork but she made no mistake after the referee ordered the kick to be retaken because the keeper moved off her line.

It was France’s eighth consecutive victory and their 17th in their last 18 outings. 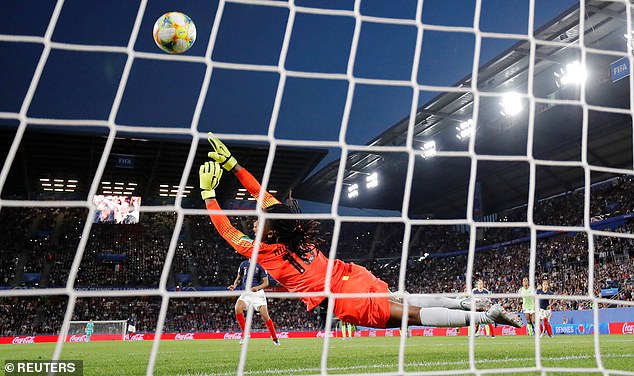 Bayern Munich news: Manuel Neuer hints he will retire when he’s ‘no longer

Spain U21 5-0 Poland U21: Pablo Fornals among scorers as Spain progress as group