By Dominic King for MailOnline

Phil Foden, the brightest young talent in English football, is set to begin England’s quest to win the Under-21 European Championships on the sidelines.

The Manchester City midfielder, who has been identified by UEFA as one of the players to watch at this tournament, had been expected to start the opening Group C match against France in Cesena on Tuesday night.

But head coach Aidy Boothroyd has a raft of midfield options and it is expected that Mason Mount, the Chelsea midfielder who enjoyed a terrific season on loan at Derby County, will start alongside Leicester’s James Maddison and Hamza Choudhury. 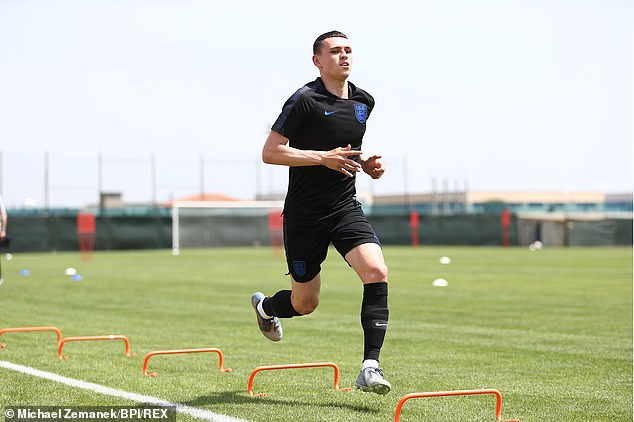 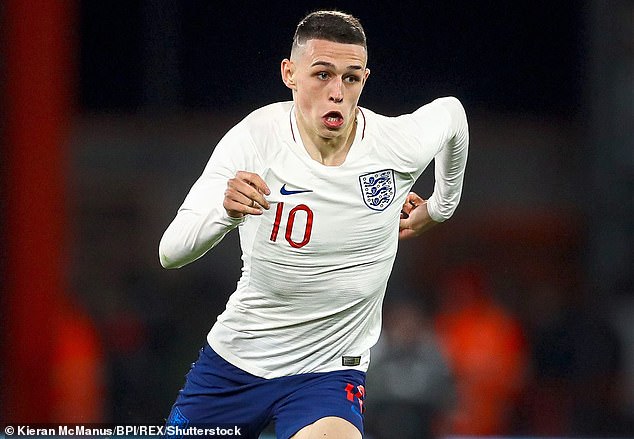 Boothroyd revealed at his pre-match conference in Cesena on Monday night that he had told his squad who would be starting at the weekend so that those who had missed out could get any disappointment out of their system to be focused.

The atmosphere at AC Saummaurese, the base where England are training, was positive on Monday ahead of fixture that many have described as being ‘a must-win’ – only the three nations who top their group are guaranteed a semi-final spot.

‘It is knock-out football from day one,’ Boothroyd acknowledged. ‘You don’t get the luxury of having a game to just assess things whether you win, lose or draw and then have the next game to accumulate some points. 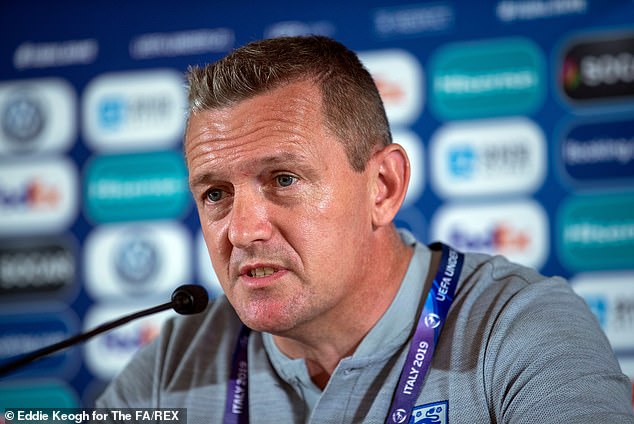 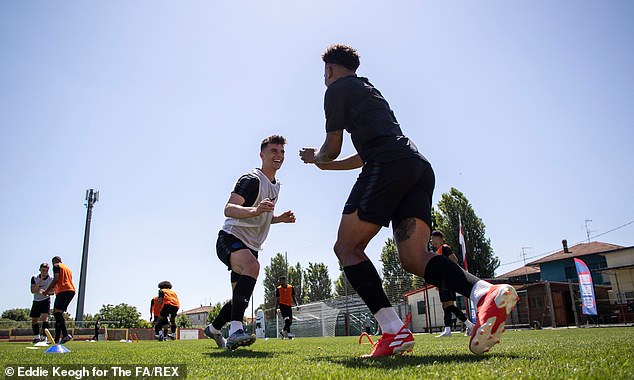 ‘Whereas, with this, you are at it from the start. You know teams are going to need to attack to win the groups or claim the best runners-up spot. How does that change what we do? It doesn’t really because we look to play and win every single game.

‘That’s what we’ve talked about. It isn’t going to be as easy as just saying that but we are looking to win the game.’

Boothroyd also had a major decision to make as to who would lead his attack, given that Everton’s Dominic Calvert-Lewin and Tammy Abraham, who helped Aston Villa win promotion, finished the campaign in such good form.

However, Dominic Solanke, the Bournemouth forward, is expected to be given the chance to start against France. Solanke is a player whom the FA hold in high regard and he scored…