Ole Gunnar Solskjaer has confirmed that David De Gea is on the verge of signing a new £375,000-a-week contract at Manchester United.

The club have finally made a breakthrough in their negotiations with De Gea’s representatives, and the Spain goalkeeper is expected to sign the new long-term deal when United return from tour.

Solskjaer said that De Gea will play in United’s second game against Leeds at the Optus Stadium on Wednesday, and gave a strong indication that an announcement is close on his new contract. 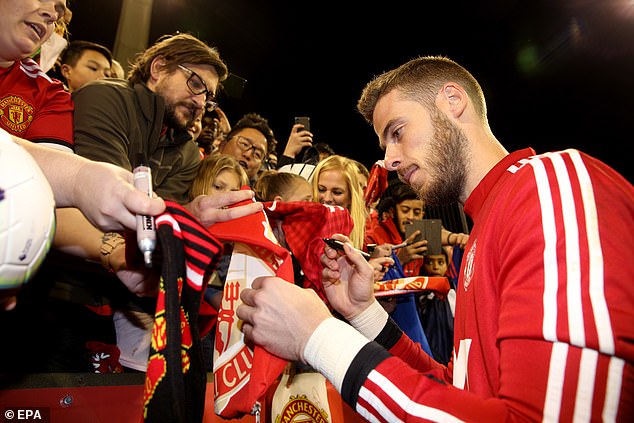 Goalkeeper David de Gea is set to sign a new long-term contract worth £375,000 a week 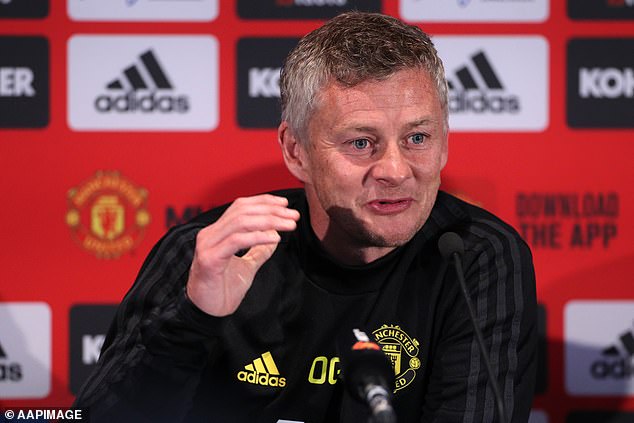 ‘Hopefully we can agree with David as I’ve said a few times,’ said the United manager. ‘That will be up to David to announce when that happens, if and when.’

Solskjaer confirmed that Romelu Lukaku is fit to face Leeds after missing United’s opening match – a 2-0 win over Perth Glory – with a ‘small niggle’. But he would not be drawn on the Belgium striker’s future despite ongoing speculation over a move to Inter Milan.

‘The day we start the league I’m sure everyone who’s here will give absolutely everything for Man United,’ said Solskjaer. ‘We want a strong team with players who give everything. There are always rumours and speculation about Man United players but when the league starts we batten down the hatches and stay as a team.’

Luke Shaw is a doubt for the Leeds game after coming off late in the win over Perth and third-choice goalkeeper Lee Grant is also unlikely to play. 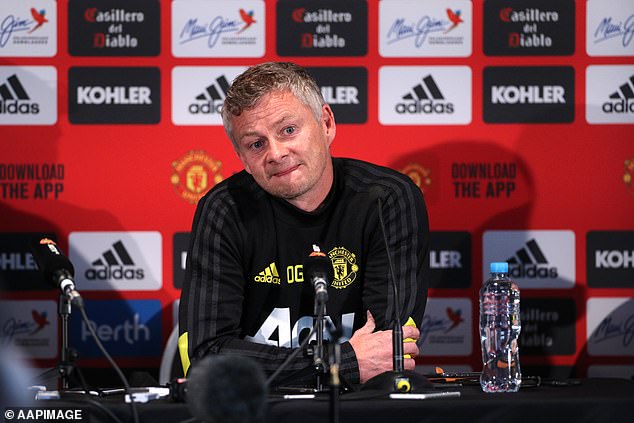 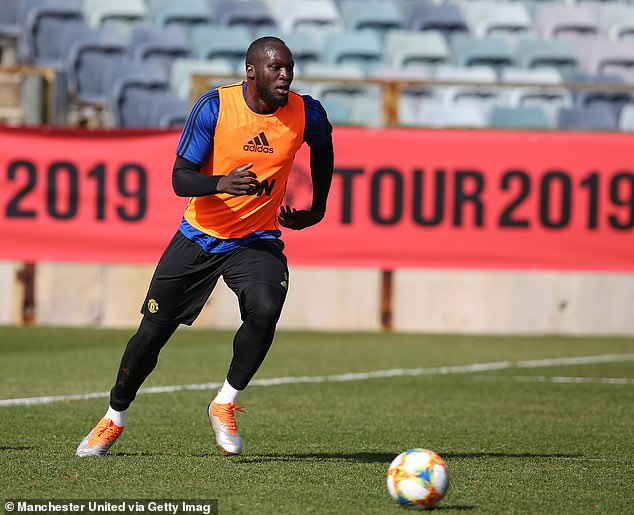 ‘We were all training yesterday, no one missed it – 24 players plus keepers,’ said Solskjaer. ‘Granty is still not fit and maybe we won’t risk Luke, but Rom is fit. Luke trained yesterday but we might not risk him tomorrow.’

The United manager expects a competitive game against the club’s old rivals from West Yorkshire but dismissed concerns about trouble among fans. The security at the Optus Stadium will be tighter than for the first game.

‘I wouldn’t think so no,’ he said. ‘If you make the effort to come across here and watch your favourite team, the reason is to support your own team.

‘The more you play against each other the…

Read More:Solskjaer confirms that goalkeeper De Gea is on the verge of signing huge new