By Martin Keown – Boot Room for the Daily Mail

Spain have been largely untroubled so far at Euro 2016 but Tuesday will present a fresh test for Vicente del Bosque’s side.

Croatia have played some impressive football at the tournament and could leapfrog their opponents into first place in Group D with victory in Bordeaux.

Meanwhile, in Lens, the Czech Republic take on Turkey knowing victory is essential if they are to finish as one of the four best third-placed teams. 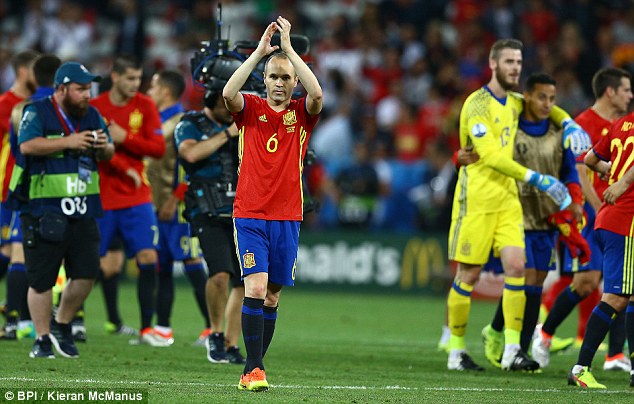 Minus Modric, Croatia are in danger against the Spanish

It’s such a shame Luka Modric looks set to miss this one, otherwise we could have been looking at the game of the tournament so far.

The Real Madrid man has linked beautifully with Ivan Rakitic, and were it not for their fans’ behaviour late on against Czech Republic I think they would have won comfortably.

The big question would have been, ‘Who is going to boss possession?’, but with Modric missing I expect Spain to come out on top. They have already qualified but they will want to make sure they top the group.

It was good to see the two new boys — Alvaro Morata and Nolito — both scoring against Turkey. It must be so difficult to come into a team as successful as this Spain group.

BIG MATCH BET: Spain are expected to rest one or two big names as a draw will be good enough for top spot. They’ll settle for that and 1-1 is worth a nibble at 6-1. 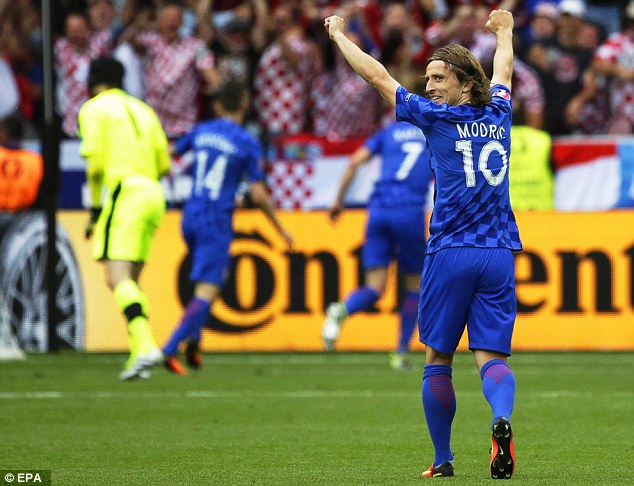 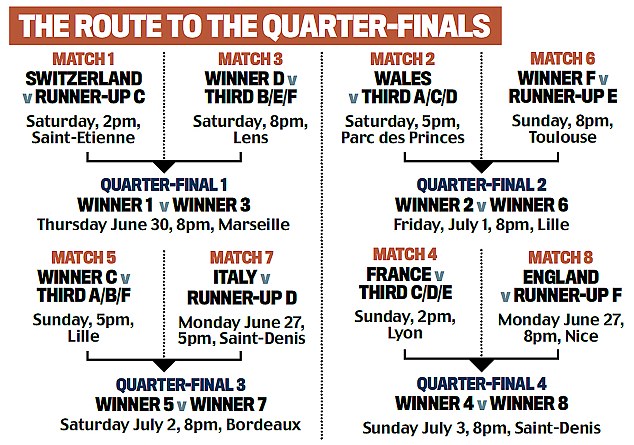 Czech mate for Turkey in Lens

Czech Republic were outplayed and outclassed for 80 minutes against Croatia, but showed a lot of spirit to come back from two goals down to claim a draw.

That result could give them a confidence boost ahead of this battle for third place, though they will be without talismanic skipper Tomas Rosicky.

I’ve been really disappointed by Turkey, especially after they played well against England at the Etihad in May.

BIG MATCH BET: They clashed in qualifying with the away team winning both matches, while the last nine meetings between them produced 31 goals. Over 3.5 goals is 16-5. 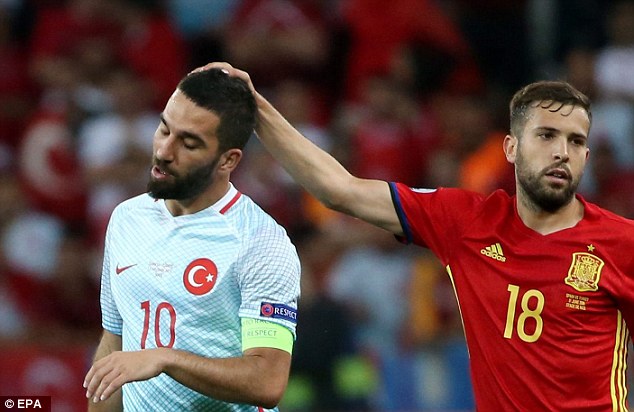 One RELEGATED Player Your Club Should Sign This Summer