Spain will play Russia in the knockout stages of the World Cup 2018 and the last-16 clash is already proving to be controversial.

As it stood at the end of normal time in the Spain vs Morocco match, the permutations for who could go through and in what position were not looking good for the European nation.

Spain’s World Cup fate was in the hands of the Iran vs Portugal match, which at the end of the 90 minutes was 1-1, with Ronaldo having missed a penalty.

Four extra time minutes, a VAR penalty, several scuffles and a sensational Iago Aspas backheel later, Spain were going into the last-16 as Group B winners thanks to a better goals scored ration than Portugal.

How things can change. 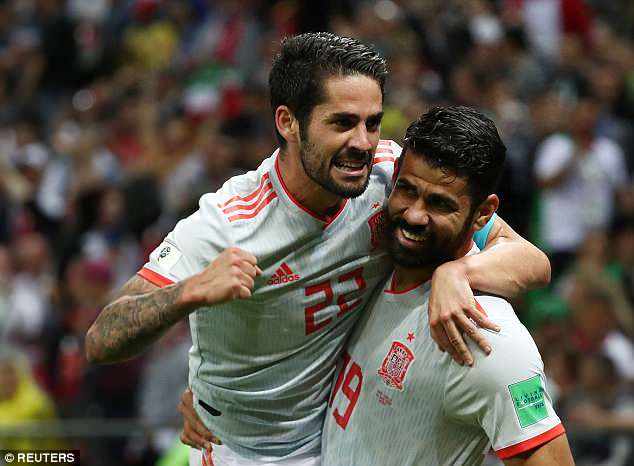 They will now go on to face Group A runners-up and World Cup hosts, Russia.

And the controversy didn’t stop there. In a press conference before the Spain vs Russia game, a local journalist writing for Sport Den Za Dnem, reportedly described Costa as a ‘dirty’ player and branded Spain’s captain Sergio Ramos as ‘Mohamed Salah’s gravedigger’.

Here is all you need to know about the Spain vs Russia game including when is it on and in what stadium, as well as players to watch and betting odds.

When is the Spain vs Russia match on?

The Spain vs Russia match will be on Sunday, July 1 with kick-off time set for 3pm BST (10am EST).

Where will the match take place?

The match will take place in Moscow’s Luzhniki Stadium.

The 81,000-capacity stadium was the same stadium in which Manchester United beat Chelsea on penalties to win the 2008 Champions League, and has already seen exciting matches such as Russia vs Saudi Arabia and Germany vs Mexico.

How to watch Spain vs Russia on TV?

In America, World Cup fans can watch on Fox and Fox Sports One. Live-streaming will also be available on fuboTV and the Fox Sports apps.

In the UK, BBC will broadcast the match. The game can also be live-streamed via the BBC iPlayer.

Diego Costa is Spain’s main man to watch. The Atletico Madrid striker looks to be in the mood to score goals this tournament, having already racked up three in the group stages. 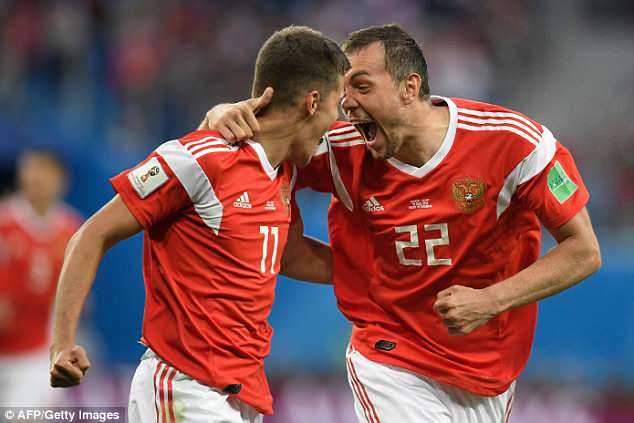 The back-line appears to be one of Spain’s biggest vulnerabilities during this world Cup so the likes of David de Gea and Sergio Ramos will need big to put in strong performances against a Russia team that has proven it has enough firepower to trouble defences.

Russia has been the surprise package of the tournament, putting five goals past Saudi Arabia in the opening fixture, and then a further three against an Egypt side with Mo Salah in it.

Read More:World Cup 2018 – Spain vs Russia: All you need to know

FIFA WORLD CUP 2018 SQUADS: All the players called up by every nation