Arsenal are reportedly close to completing the signing of free agent George Lewis after the Norwegian winger impressed during a trial period at the Gunners.

Lewis, a 20-year-old who has previously spent time at both Ipswich and Bournemouth, impressed during a one-week trial at Arsenal in March, and was invited to stay on for a further seven days.

Now, after a period of uncertainty brought about by the coronavirus crisis, the Rwandan-born Lewis looks set to join the Gunners after the FA Cup final against Chelsea on Saturday, according to Goal. 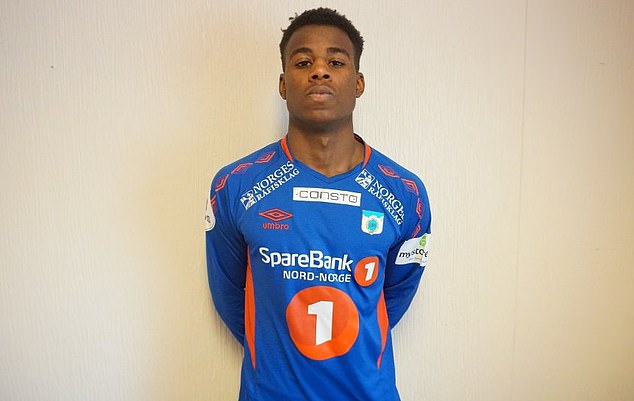 George Lewis, a 20-year-old winger from Norway, is on the verge of joining Arsenal

The report details that a few issues still need to be ironed out, but a deal is extremely close.

The player himself is in London, having shared photos on Instagram of himself in the capital over the last fortnight.

Lewis would represent Mikel Arteta’s second signing as Arsenal boss, after Pablo Mari joined the club in January from Brazilian side Flamengo.

Lewis started his career at Norwegian side Tromso IL, in the youth setup, before moving to Tromsdalen in 2017, where he signed his first pro contract at the third division side.

He then moved on to Fram Larvik, before trying to find himself a move to a top European club after a brief break.

Arsenal were reportedly impressed with Lewis’ versatility in attacking areas, and has been described as ‘quick and direct’ by his former coach Jonathan Hill. 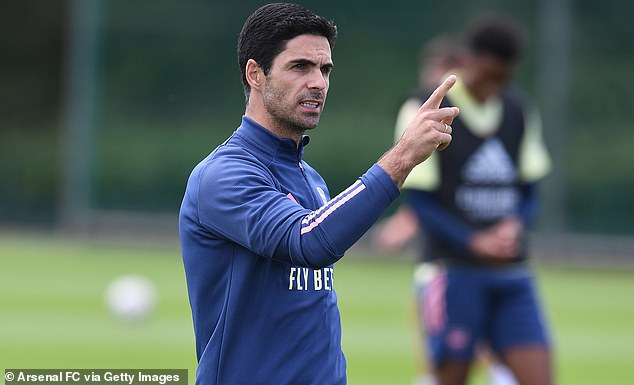 ‘He likes a stepover and has a range of tricks. He can beat a player – whether he can beat a Premier League full-back is a different thing,’ Hill told Goal.

‘I gave him his professional contract so I thought he had something because he’s got good pace, but he needs to improve his decision making and I’m sure that will improve working with players of Arsenal’s standard.

‘I really wish him well. He’s a really nice guy and this could be the thing that gets him going.’

EURO 2020: all you need to know about the tournament