Cristiano catch up! Ronaldo needs at least FOUR goals in last two games to pip Robert Lewandowski and Ciro Immobile to European Golden Shoe award… so can the Juventus star find a goal glut to succeed Lionel Messi as the continent’s top scorer?

Cristiano Ronaldo‘s list of personal accolades is as long as your arm and it suggests he really hates missing out on them.

But the Juventus star is playing catch up when it comes to this season’s European Golden Shoe award, presented to the continent’s leading goalscorer.

It’s a trophy he’s won four times previously, but Ronaldo now has it all to do to make it five. 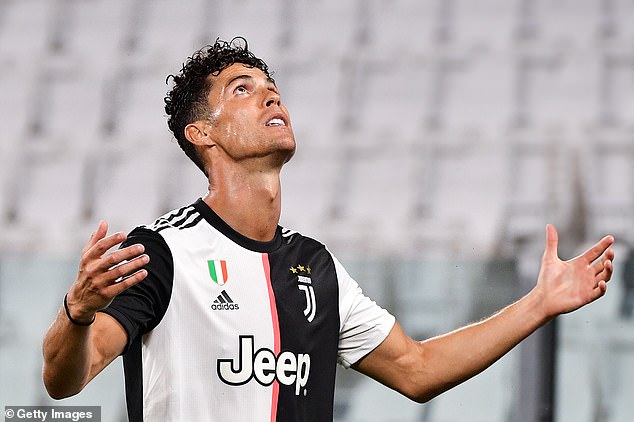 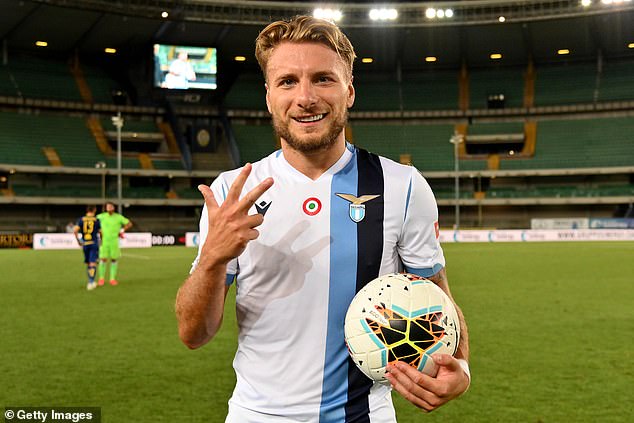 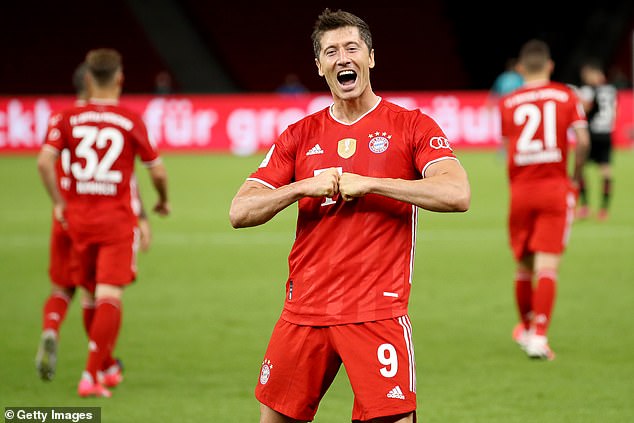 Lewandowski is currently ahead because he played fewer minutes.

That’s because Lazio striker Ciro Immobile has leapfrogged him on the leaderboard with his hat-trick in their 5-1 win at Hellas Verona on Sunday night.

It means the Italian is now in the box seat to catch Bayern Munich’s prolific Robert Lewandowski and take home the Golden Shoe.

The award counts league goals only and multiplies the goal tallies by a coefficient based on the relative strength of that league to its European counterparts.

In the case of Europe’s major leagues, that means multiplying by a factor of two.

So with Lewandowski and Immobile both registering 34 league goals for the season as it stands, they’re joint top on 68 points.

Ronaldo, meanwhile, finds himself in third with 31 goals and just 62 points with time running out to catch up.

Of course the advantage lies squarely with Immobile because Lewandowski’s Bundesliga season has finished already and so he can’t add to those 68 points.

But Lazio have two Serie A fixtures left to play – at home to Brescia on Wednesday and at Napoli on Sunday – and Immobile would need just one more goal to take the award.

That’s unless Ronaldo can conjure four or more goals in Juve’s two remaining matches away to Cagliari on Wednesday and at home to Roma on Sunday. 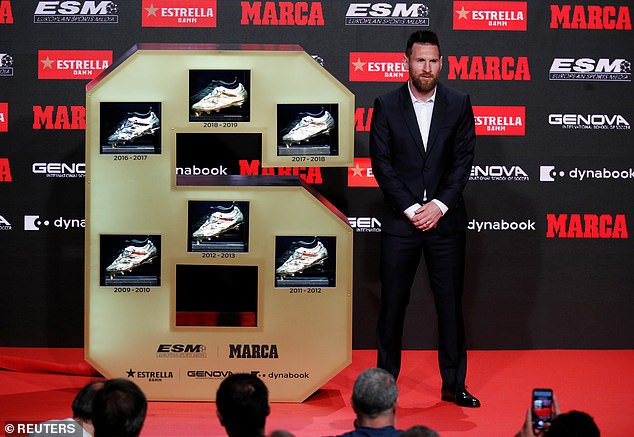