Turkey boss Fatih Terim defends decision to criticise team after Spain defeat: ‘I’m not the one who should be ashamed’

By Matt Barlow for MailOnline

Fatih Terim offered an emotional defence of his contribution to Turkish football on the eve of Tuesday night’s game against the Czech Republic.

Turkey were beaten 3-0 by Spain on their last outing and the veteran boss accused players of throwing in the towel.

He has been heavily criticised but 62-year-old Terim, in his third spell in charge of the national team, said: ‘I have been in this business for 46 years. I know that some people don’t like me. But almost all the great achievements in Turkey were achieved by me. 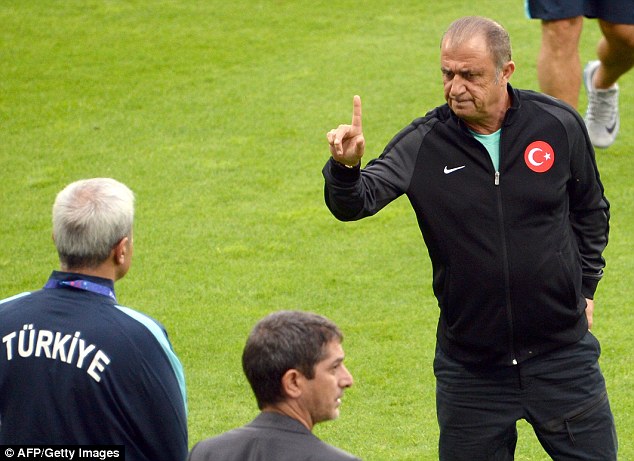 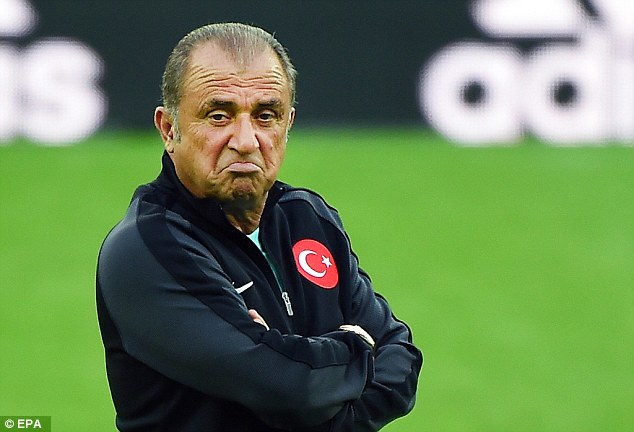 ‘The circumstances in our country sometimes make it difficult. There are many things I cannot say about some issues. I was expecting my players to reach their top level in Europe. I hope they will make it tomorrow. I hope they will prove themselves on the pitch. For this reason I was upset and disappointed.’

Turkey have no points and no goals from their first two games of Euro 2016 but the format means they still have a slim chance to qualify for the last-16 if they can beat the Czechs.

‘We have two options,’ Terim added. ‘We say it’s over or not. Our motto is it’s not over until we say it is over. If we get out of this crisis to create a new opportunity we can go far.’ 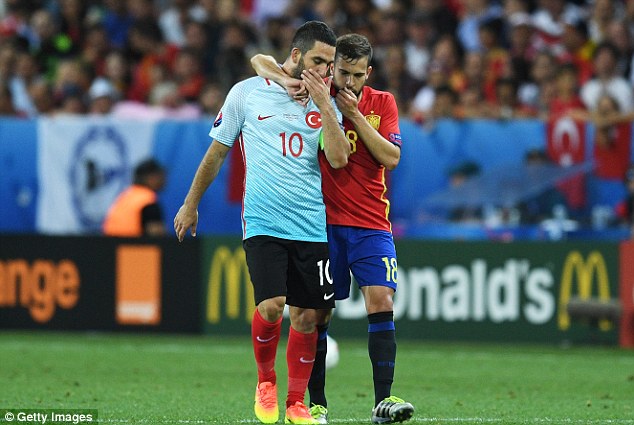 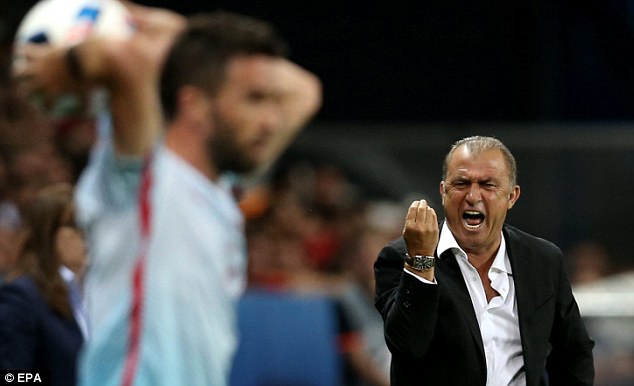 Terim, pictured delivering instructions to his team against Spain, can still lead his team to Euro 2016 last-16