West Ham have pulled off a coup by completing the £24million signing of Spanish midfielder Pablo Fornals from Villarreal.

The exciting playmaker joins the Hammers on a five-year deal, with the option of a further 12 months, and becomes their second-most expensive signing after £42m Brazilian Felipe Anderson.

Fornals caught the Hammers’ eye with his displays for Villarreal last season, impressing in both La Liga and the Europa League. 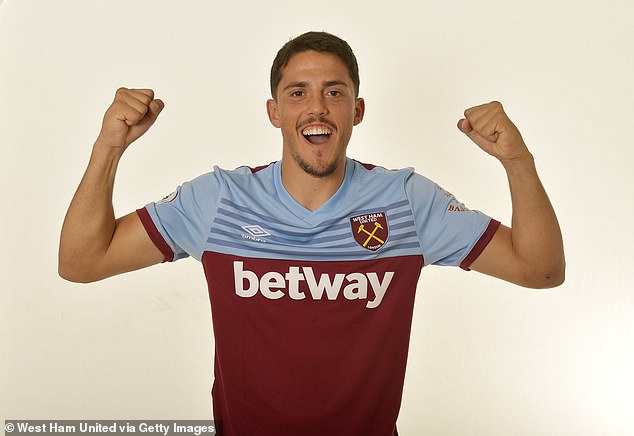 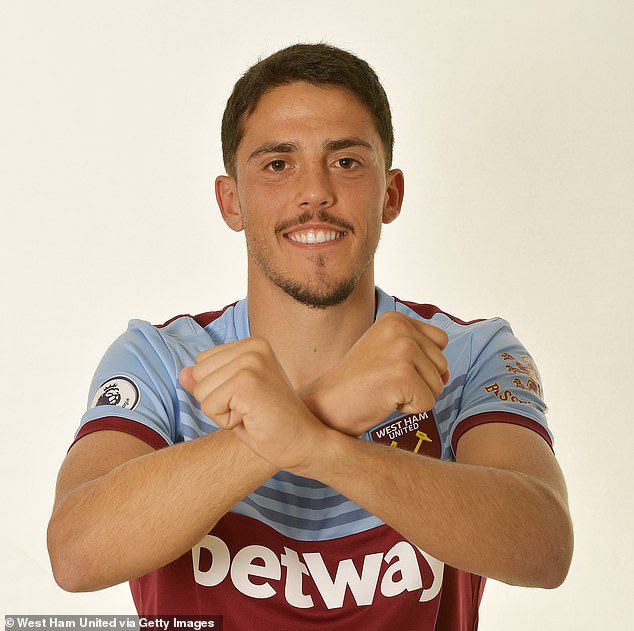 He has worked with West Ham’s director of football Mario Husillos at Malaga where Fornals started his senior career.

West Ham turned to the 23-year-old Spanish international after hitting a stumbling block in their attempts to land Stanislav Lobotka from Celta Vigo, though they remain in the hunt for his striker team-mate Maxi Gomez.

And they wasted little time wrapping up the deal for Fornals after opening talks with Villarreal this week.

Fornals will link up with the Hammers after representing Spain in this summer’s European Under-21 Championships, which get underway this weekend.

Fornals, West Ham’s third summer signing, said: ‘I’m very happy to be part of West Ham. I feel very good, very happy and very grateful for the opportunity that has been provided to me.

‘I want the club to continue giving opportunities to young and ambitious people, people who want to do well for the long term.

‘I know about the loyal fans and the stadium, which is a beautiful stadium. The fans fill the stadium every weekend and that is something admirable, especially with the passion with which football is lived there. I think it is important to play with the support of your fans at home.’

‘I have worked with Mario before – I know him from when I was in Malaga. With Manuel, only when I saw him and admired him on TV. Of course, Manuel was a big influence because in the end he is one of the best coaches in the world and who doesn’t want to work with people like that?!’

Husillos said: ‘He is a player we have monitored closely for some time, having seen him make excellent…