Alvaro Morata and wife Alice Campello have jetted off to Ibiza as they attempt to take their minds off the shocking break-in at their home last week.

Police are hunting armed robbers who raided the Chelsea star’s Madrid home while he was on international duty with Spain.

Morata’s wife, Alice, and twin sons, Alessandro and Leonardo, were inside along with a nanny at the time, although nobody was hurt in the incident. 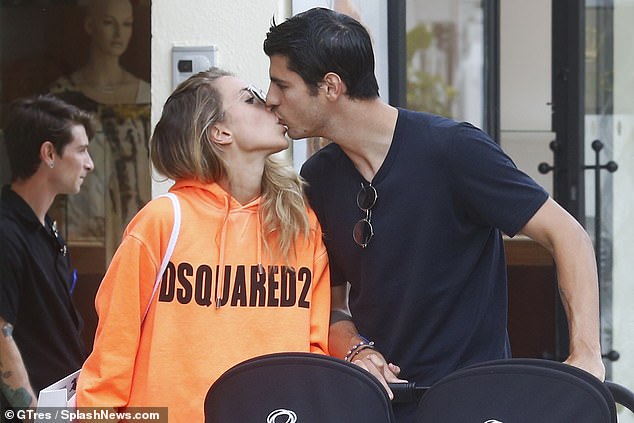 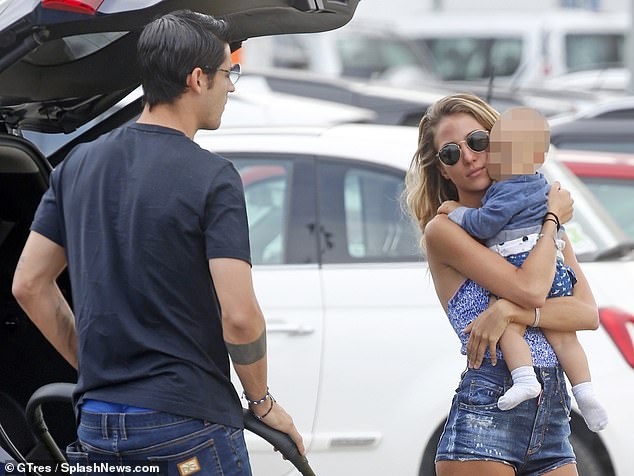 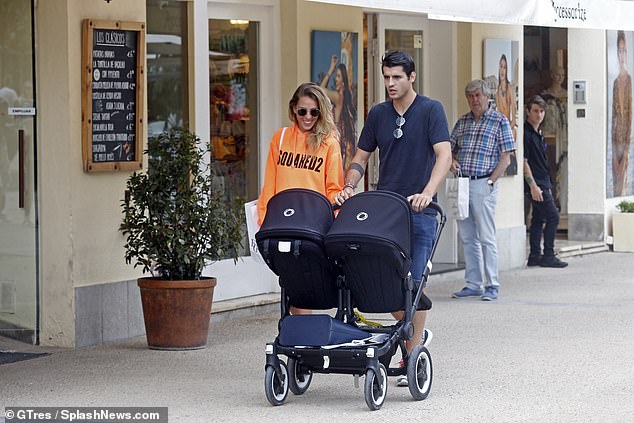 The family were pictured together in Ibiza on Wednesday after Morata’s season came to an end with a 3-0 victory over Sweden in a Euro 2020 qualifier.

The striker, who is currently on loan at Atletico Madrid until the end of next season, was seen giving his wife an affectionate kiss during a stroll on the Spanish island.

Morata also pushed his sons, who turn one next month, along in a double buggy, with Alice snapped with one of the boys in her arms.

The burglars struck at Morata’s home last Friday night as the 26-year-old was in the Faroe Islands with the national team.

Police sources told Spanish media that both intruders were armed. They are thought to have got into the property in the exclusive neighbourhood of La Moraleja, north of Madrid, via an upstairs window. 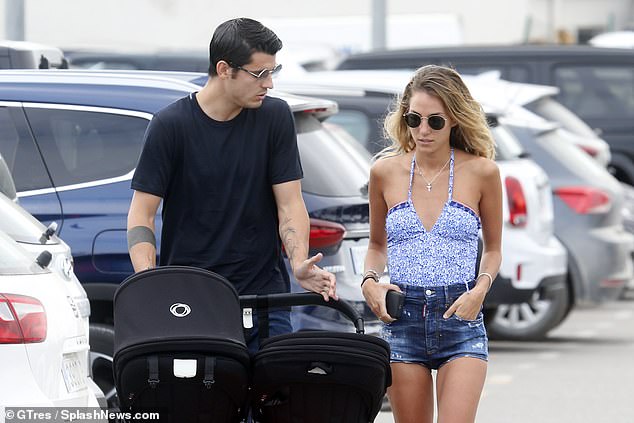 Morata, who is on loan at Atletico Madrid, pushes a double buggy alongside wife Alice 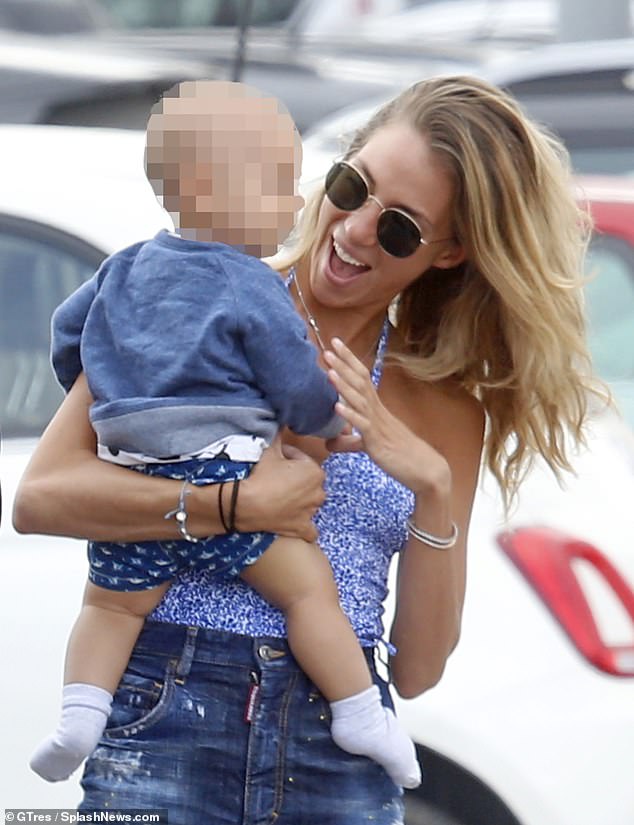 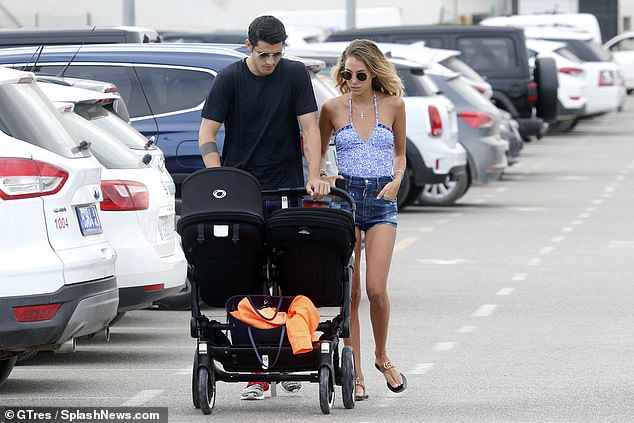 Neither Morata nor his partner have made any official comment about the break-in, in which a number of valuables are believed to have been stolen.

The raid occurred at around 11pm on Friday and Morata was told about it at the end of Spain’s 4-1 away victory.

Police were not available for comment early on Sunday morning.

Criminals regularly target footballers’ homes when they know they are playing matches and are away from home. 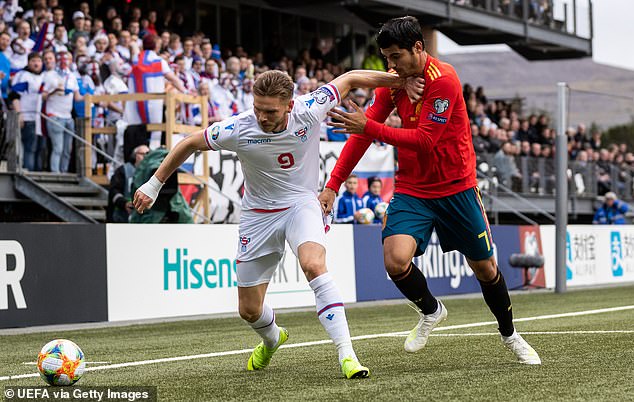 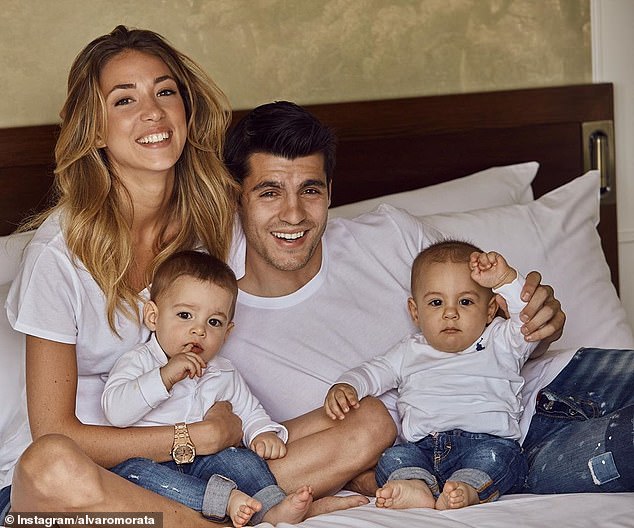 Morata’s home was broken into while his wife, Alice, and two children were inside 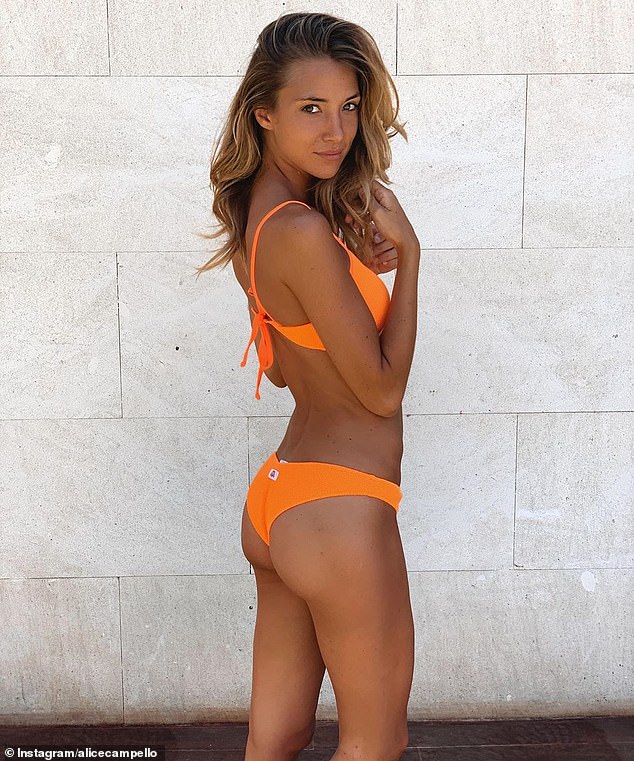 Campello, pictured earlier this month, is yet to speak about the incident publicly

At the start of last month two burglars broke into the home of Barcelona midfielder Arthur Melo and reportedly threatened his brother with a weapon.

The break-in happened during Barcelona’s 3-0 Champions League semi-final victory against Liverpool on May 1.

The two criminals are understood to have taken valuables including jewellery and a Rolex watch.

Morata claimed recently only the Spanish players in the Chelsea squad would pass to him. He also said he had no wish to return to London. 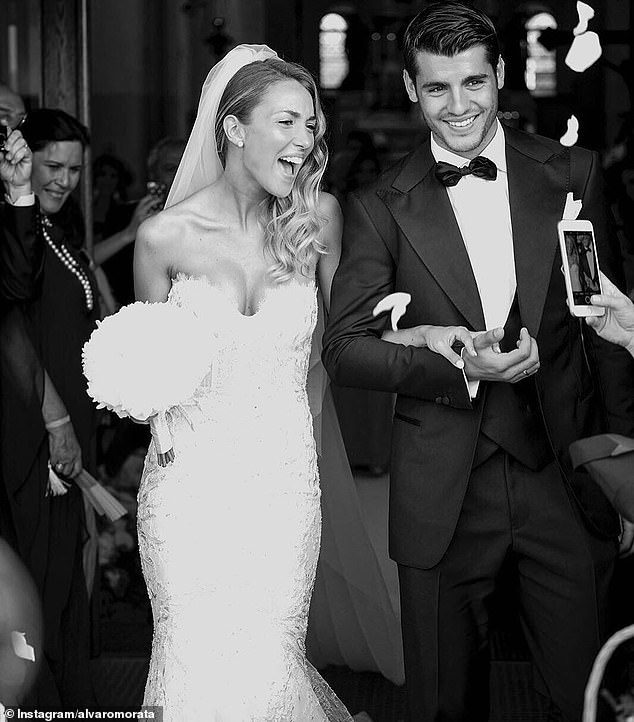 Campello and Morata were…