Gianluigi Buffon is hoping to end his career with a gold medal at the 2020 Olympics in Tokyo, according to reports.

It was confirmed recently that the legendary Italian goalkeeper has left Paris Saint-Germain after just one season, with his next move currently unknown.

But Italian publication, Gazzetta dello Sport, report that 41-year-old Buffon is now eyeing an Olympic farewell from football with Italy in Japan. 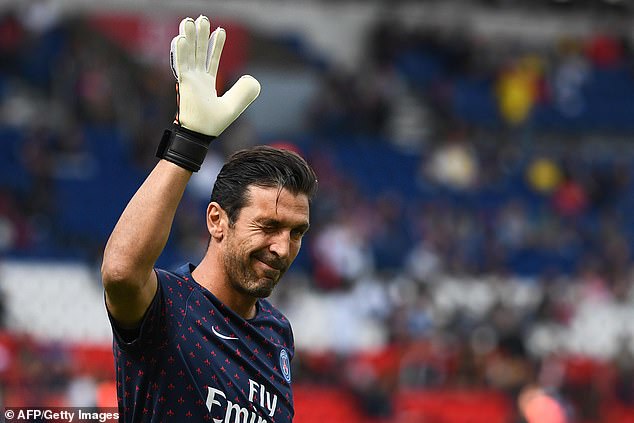 Gianluigi Buffon is eyeing gold with Italy at the Olympics in Tokyo, according to reports

The Italian report claims that Buffon wants to be selected as one of Italy’s three players over the age of 23.

The former Juventus No 1 has already had a taste of the action at the Olympics, acting as Gianluca Pagliuca’s deputy in 1996 in the United States.

Italy finished bottom of their group, which contained Mexico, Ghana and South Korea, on that occasion.

Read More:Gianluigi Buffon looking to cap off his career with gold at 2020 Olympics after