Turkey are expected to be the latest country to face disciplinary action from UEFA after flares were lit by fans following their 3-0 Euro 2016 loss to Spain in Nice.

Flares were seen inside the stadium after the final whistle in the Stade de Nice.

UEFA will open disciplinary proceedings once it has received reports from match officials. 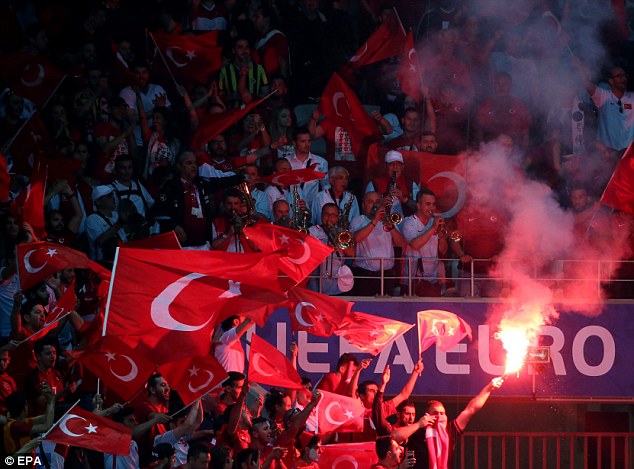 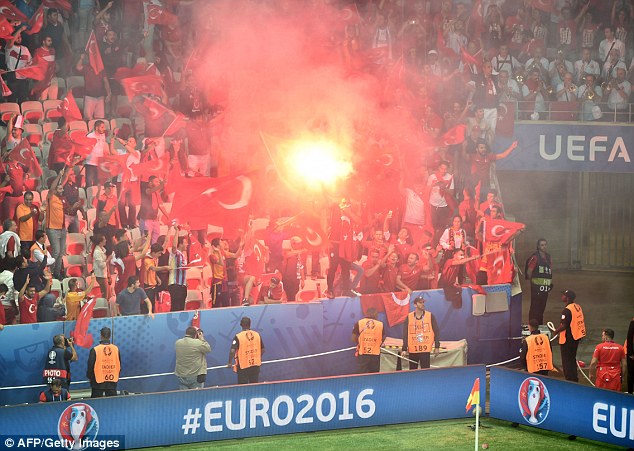 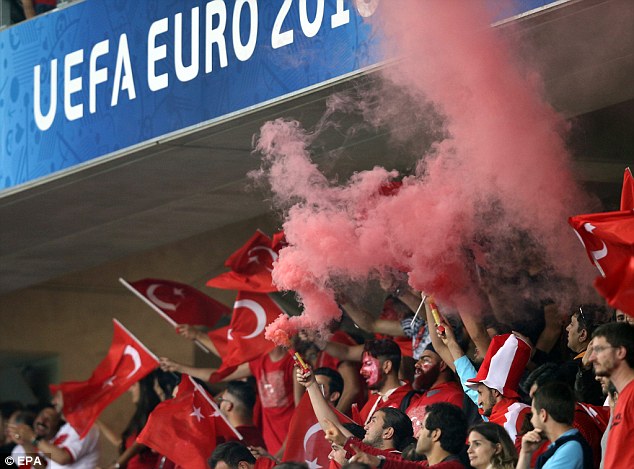 UEFA has already handed Russia a suspended disqualification from the tournament following violence inside the Stade Velodrome in Marseille after their 1-1 draw with England.

Disciplinary proceedings have also been opened against Albania, Croatia, Turkey, Hungary and Romania for various crowd disturbances, with each case involving the use of fireworks.

On Friday, UEFA confirmed it would open further proceedings against Croatia after their 2-2 draw with the Czech Republic was held up by the throwing of several flares on to the pitch.

Captain Arda Turan was booed by his own fans following another flat display which puts them on the brink of Euro 2016 elimination. 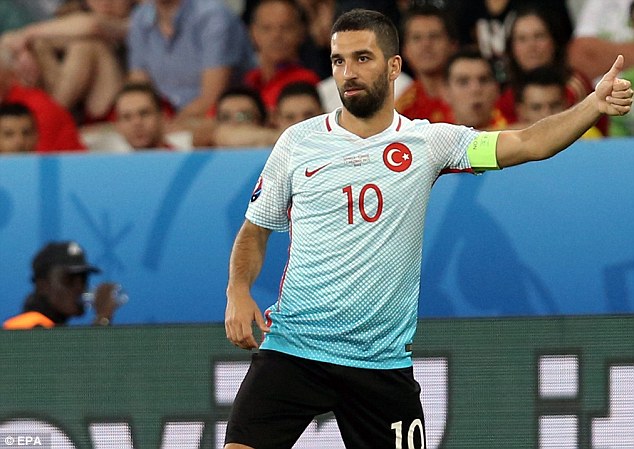 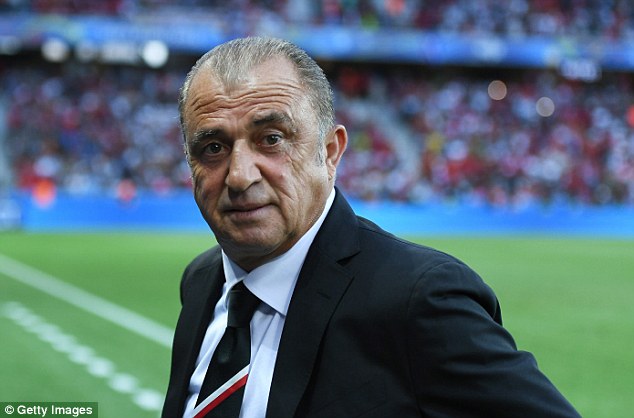 Two goals from Nolito after Alvaro Morata had given Spain the lead completed a convincing win for the defending European champions, who qualify for the knock-out stages with a game to spare.

Turkey manager Fatih Terim: ‘We conceded two goals by making individual mistakes – one of them was unbelievable.

‘But I congratulate Spain. They’re a very important team, a special team.’

Read More:Turkey set to face more disciplinary action from UEFA after flares are lit in