Andrea Pirlo is a couple of weeks away from turning 40 when I ask him how he’d like to be remembered on his milestone birthday.

‘Good player, good person. Class. On the pitch and outside of it,’ he replies, without so much as a second thought.

Describing yourself as ‘class’ might be seen as a sign of arrogance for most former players, but not for Pirlo. It just seems to fit. 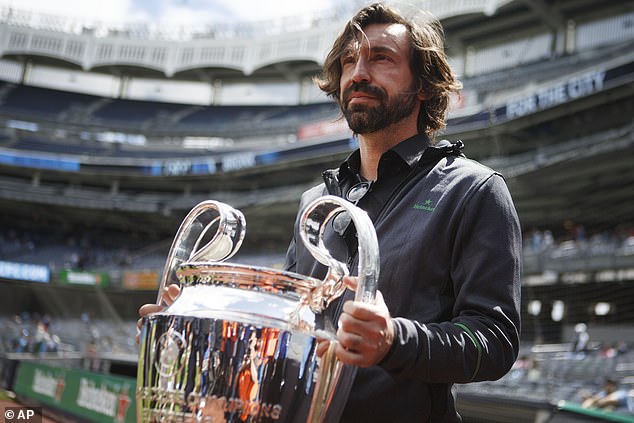 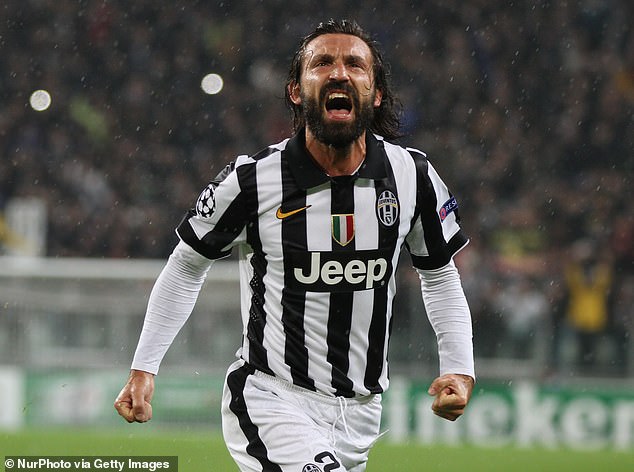 Despite being one of the most decorated players of the modern era, it is as an exponent of the beautiful game for which he is best remembered.

He swaggered his way to six Serie A titles with AC Milan and Juventus, helped one of the great Rossoneri sides win two Champions League crowns and pulled the strings for Italy as they lifted the World Cup in 2006.

But it was his vision, ease in possession and faultless technique which made him stand out from the crowd. Well, that and the beard.

Pirlo sports the same rugged facial hair as he sits down to chat with Sportsmail in New York, the city in which he ended his trophy-laden career a little over 18 months ago.

His sense of style always extended to life away from the pitch and that clearly hasn’t changed since he hung up his boots after two seasons in Major League Soccer with New York City FC.

His outfit of white shirt, navy blue blazer, green chinos and black canvas shoes may not sound like anything special, but he still manages to ooze cool as he settles on an office sofa just around the corner from the bright lights of Times Square. 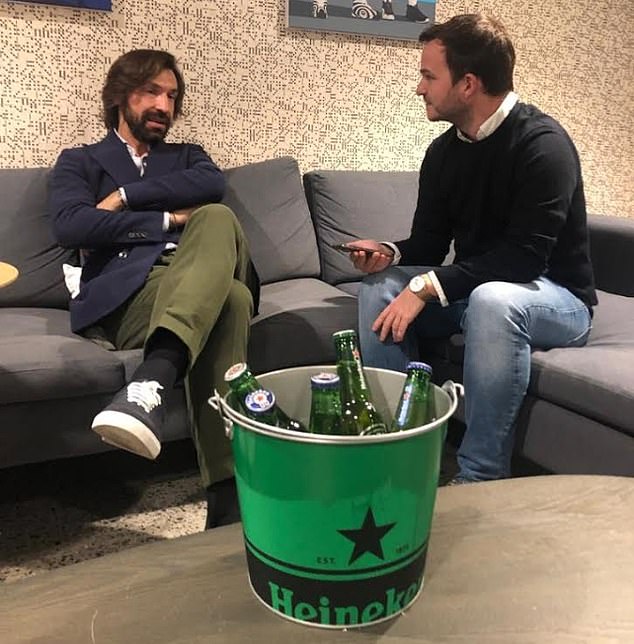 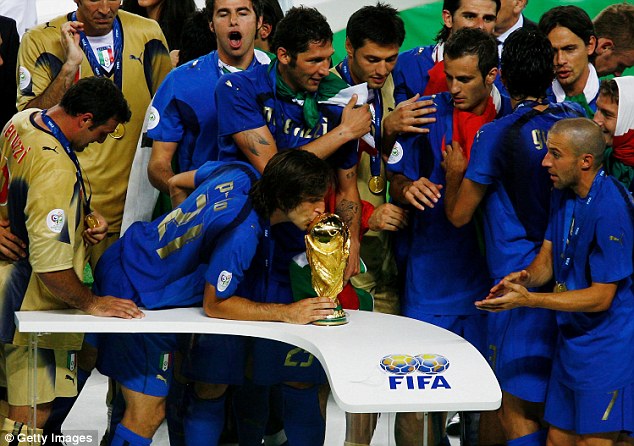 With the same slight frame and wavy locks of his playing days, Pirlo certainly still looks like he could effortlessly dictate a game in America’s top-flight.

But after calling time on his 22-year career, he insists that – unlike so many recently retired players – he does not miss gliding around midfield or the camaraderie of the changing room. Not yet, anyway.

‘No, I’m good,’ he says when asked if he has missed football, seemingly acknowledging that others in his position may have not coped with the transition quite so well.

‘When I decided to stop playing it was the perfect time. I was tired and I had pain, so it was the right time. In this moment I don’t miss the game. I’m good at home.

‘Now I’m working on the TV (as a pundit), with Serie A and the Champions League.

‘I don’t spend too much time on that. I like to stay with family, with friends.’

Pirlo is a family man. His Instagram account is littered with pictures and videos of his four children Niccolo, Angela, Leonardo and Tommaso, and girlfriend Valentina.

It is that – combined with his laid-back attitude – which make his next words come as somewhat of a surprise. 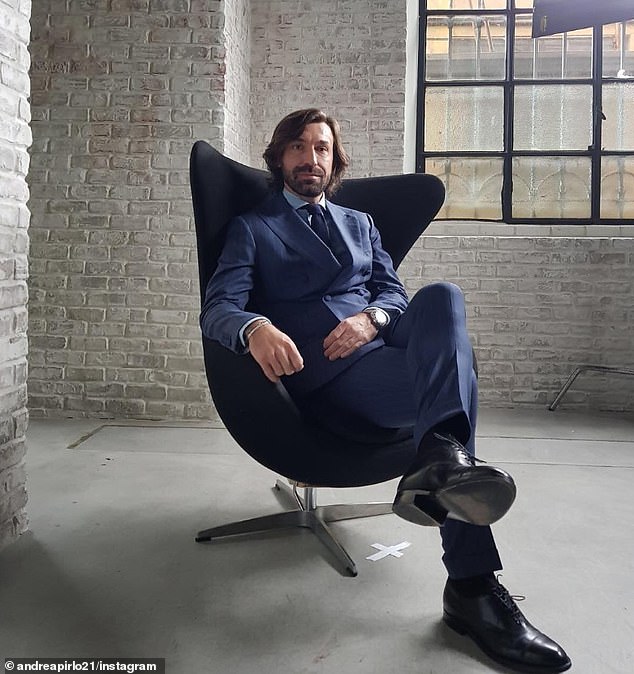 Spain 3-0 Sweden: Sweden pay the penalty as Sergio Ramos and Alvaro Morata both