Spain 3-0 Sweden: Sweden pay the penalty as Sergio Ramos and Alvaro Morata both


There is never a dull moment with Sergio Ramos. The Spain captain was back at the Santiago Bernabeu after his latest fall-out with Real Madrid president Florentino Perez and he scored the penalty that set Spain on their way to beat Sweden moving further clear at the top of Group F.

He also played the captain’s role perfectly by handing a second penalty to Alvaro Morata, planting a kiss on his cheek as he handed him the ball, allowing him to convert the second. Mikel Oyarzabal curled in the third on his debut. But it was Ramos who had broken Swedish resistance.

Perez accused him of asking for a free-transfer to China at the end of this season. Ramos responded by calling a press conference and saying he’d play for Madrid for free. There is only one thing in football that Ramos would say he loves more than Real Madrid and that’s the Spain team. 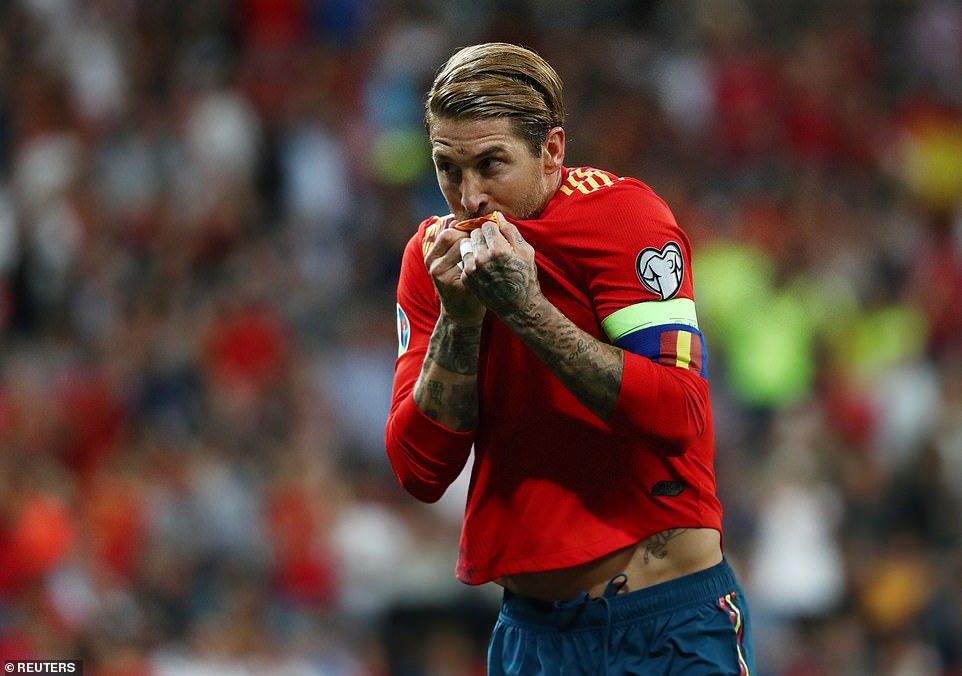 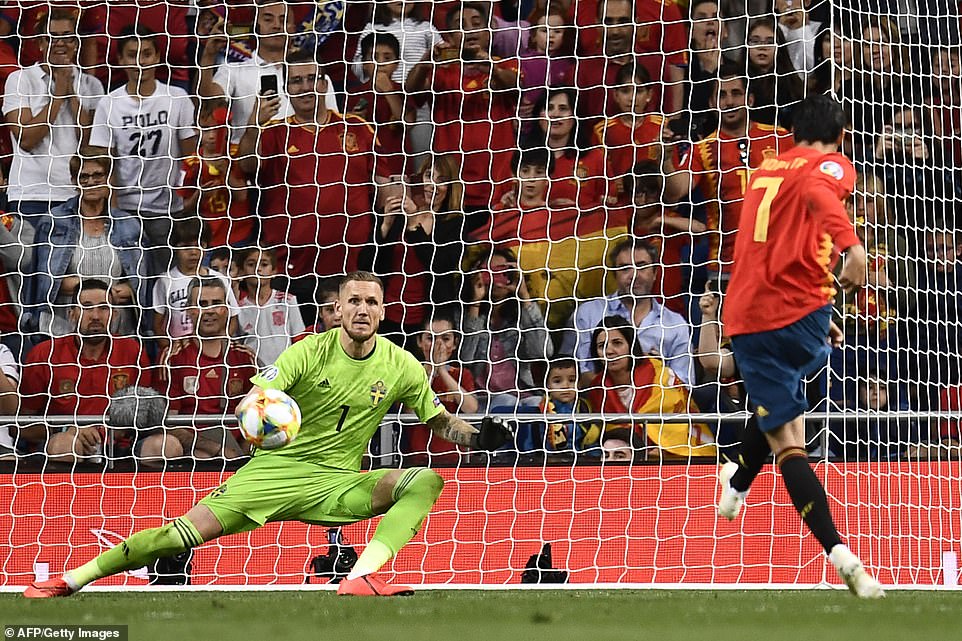 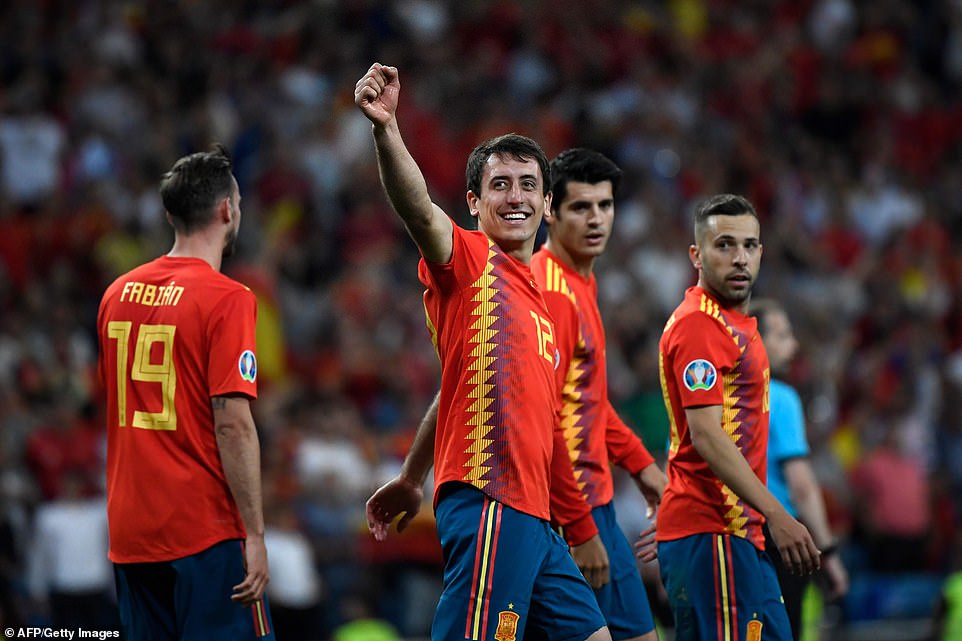 Substitute Mikel Oyarzabal, who was making his competitive debut for the national side, finished the win with a curled shot 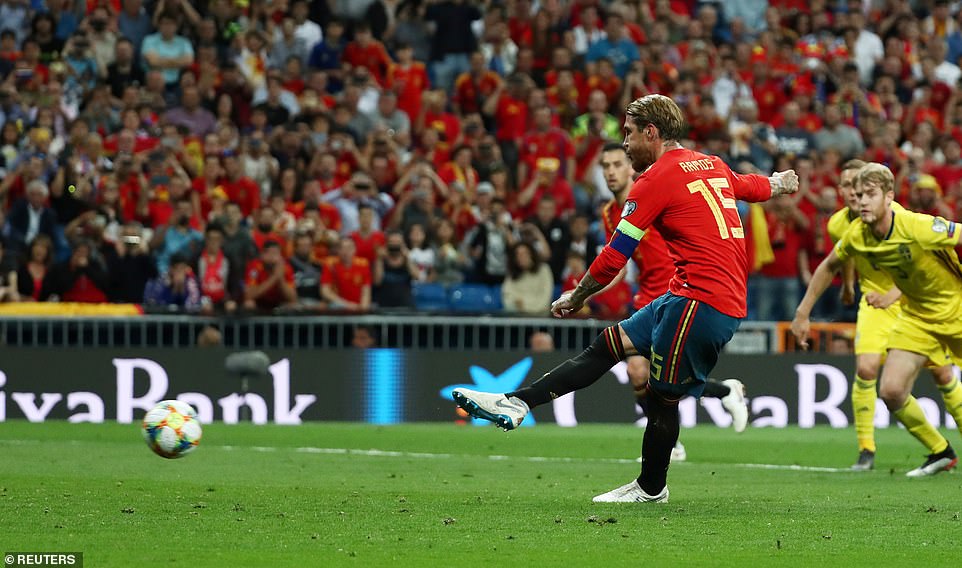 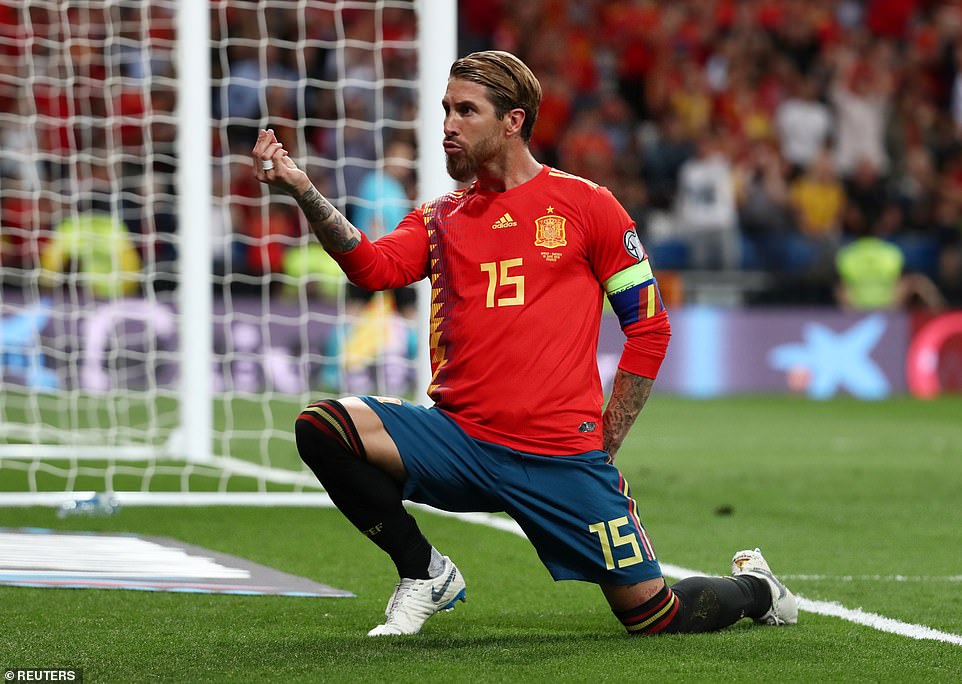 He stepped up on 64 minutes to clip his penalty past the excellent Robin Olsen in the Sweden goal. He has now scored seven goals in his last eight games for Spain. He has also scored his last 13 penalties and this strike moved him to 20 goals for his country.

David De Gea’s absence was the big team news before kick-off. Kepa Arrizabalaga ended the season with a Europa League winner’s medal while De Gea finished outside of Europe. In the Spain team the Chelsea keeper seems to have passed over the Manchester United keeper. This was Kepa’s third straight start in a competitive game for Spain.

Spain should have taken the lead midway through the first half. Scottish referee William Collum and his assistants David McGeachie and Graeme Stewart were tested on 20 minutes when Dani Parejo’s brilliant diagonal pass out to Dani Carvajal looked to have beaten Sweden’s offside trap. 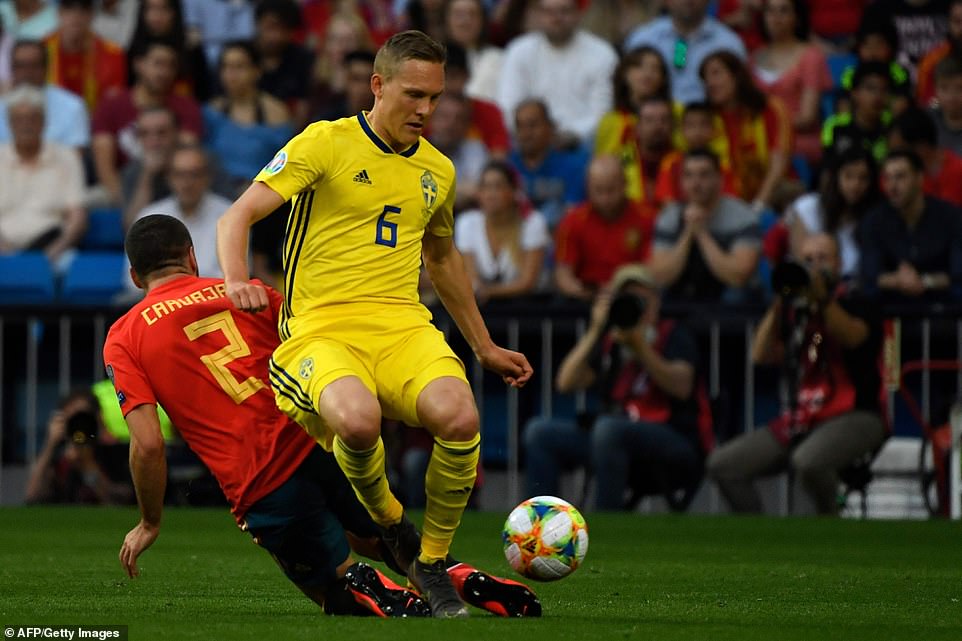 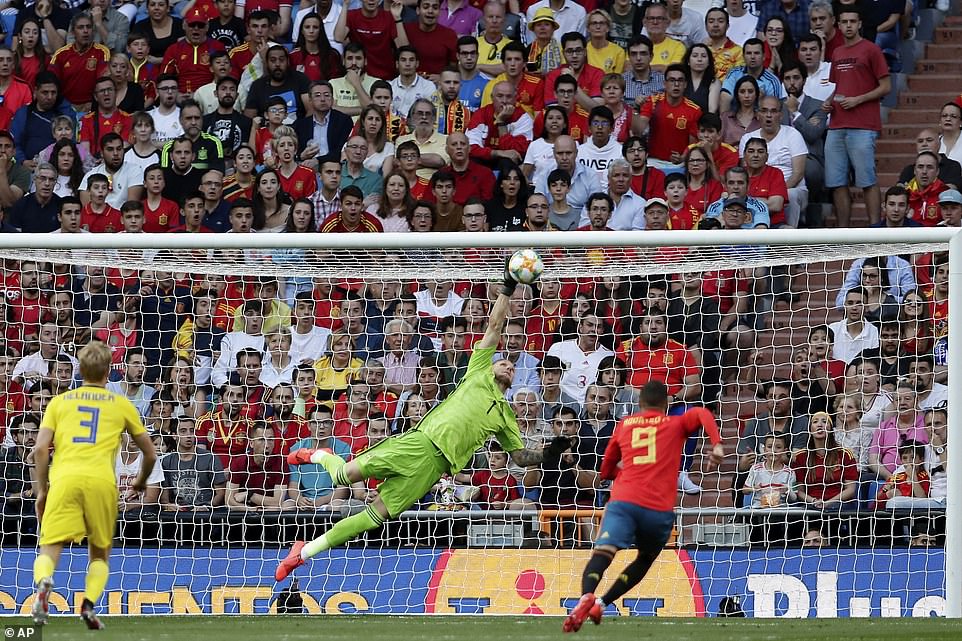 Sweden’s Robin Olsen, who plies his trade in the Italian capital for AS Roma, leaps to save a long-range shot by Spain’s Fabian 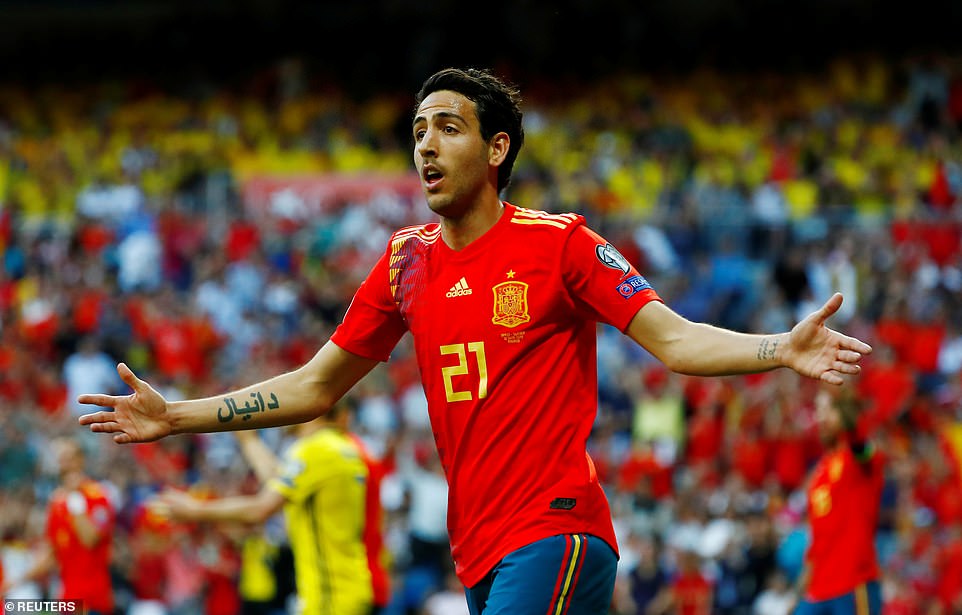 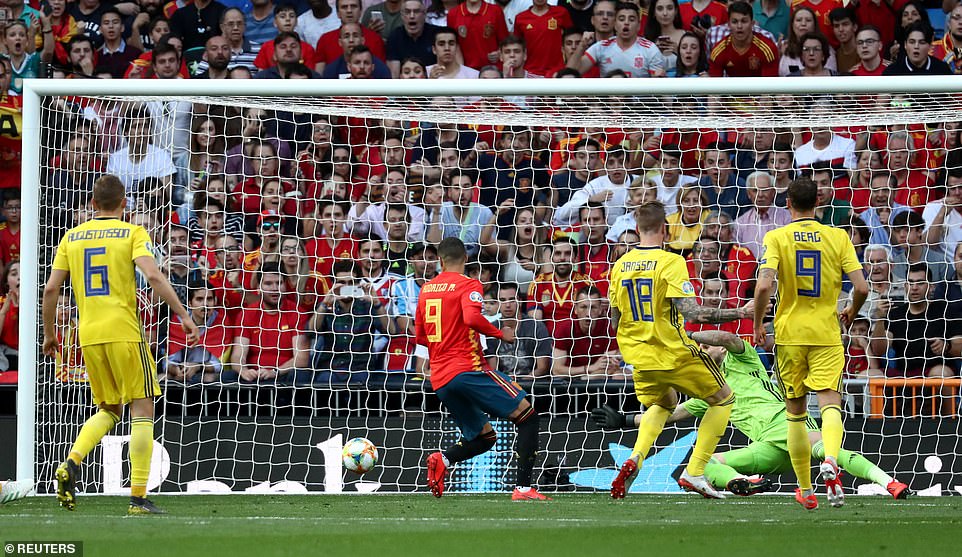