Juventus have kick-started their celebrations after finally lifting the Serie A trophy and marking their eighth successive season as champions of Italian football.

The Old Lady’s rule of dominance continues, as the curtain came down on another campaign at home which ended with a 1-1 draw against Atalanta.

Before the match a party atmosphere quickly began to gather pace, with big names watching on from the stands including new boy Aaron Ramsey. 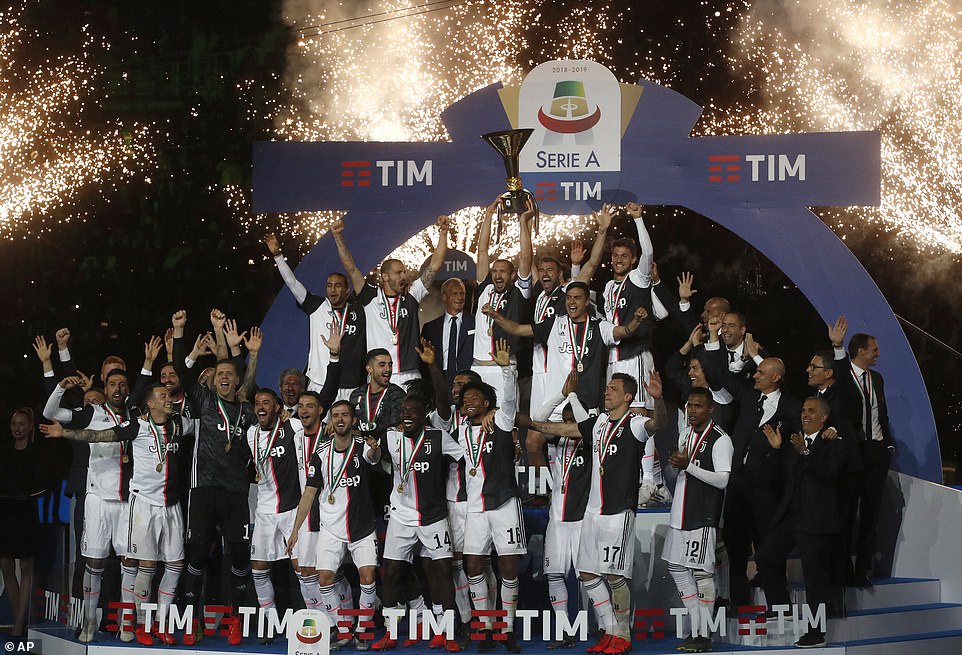 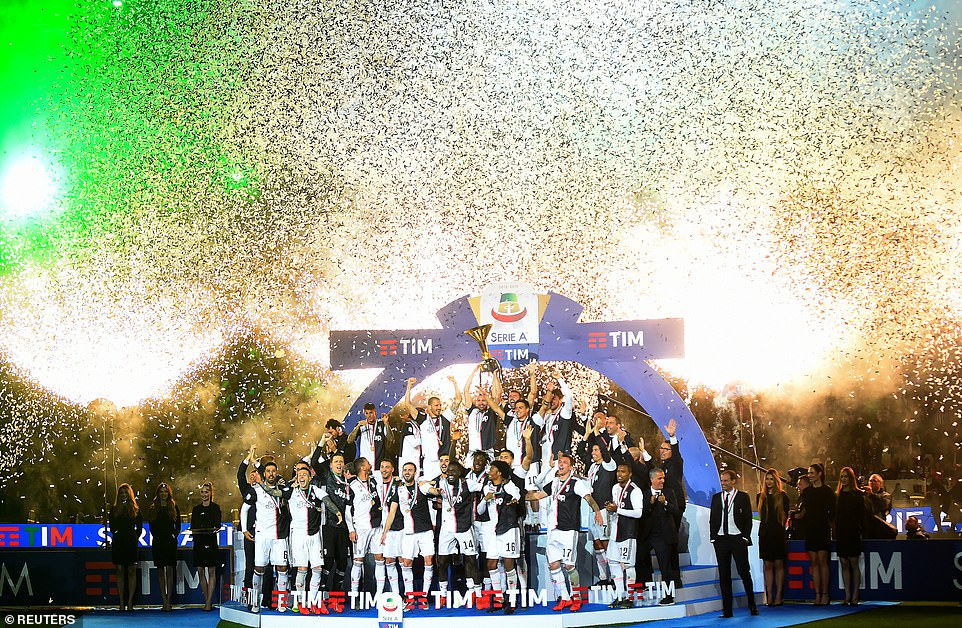 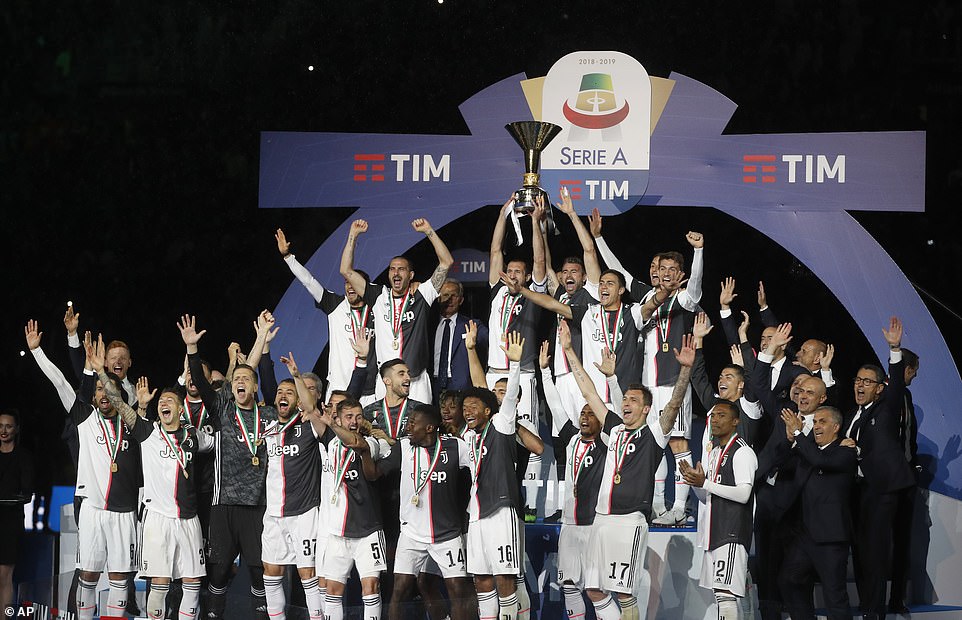 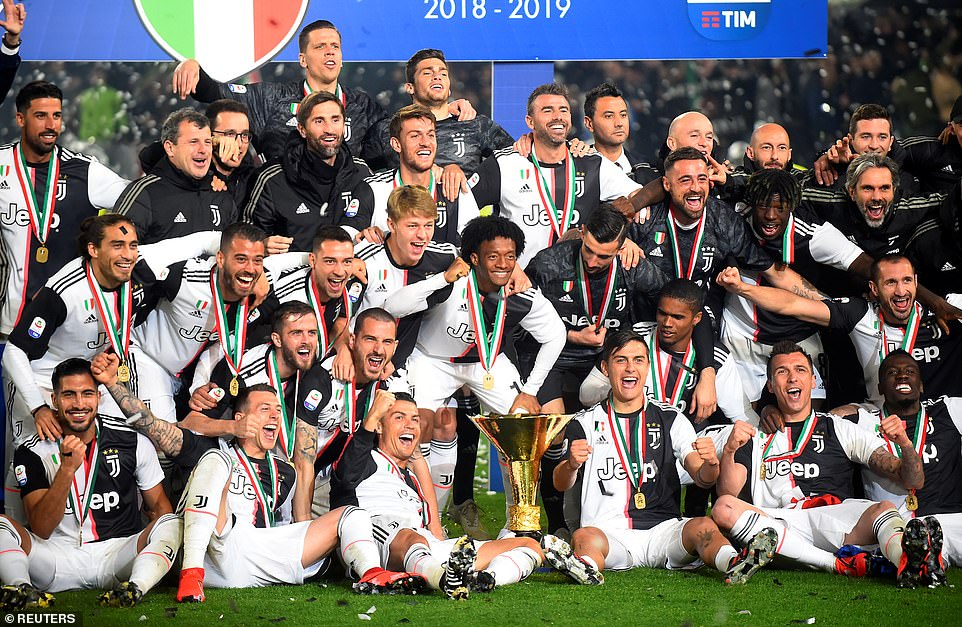 The squad huddled down around the gleaming golden Serie A trophy, posing for photos with medals around their necks 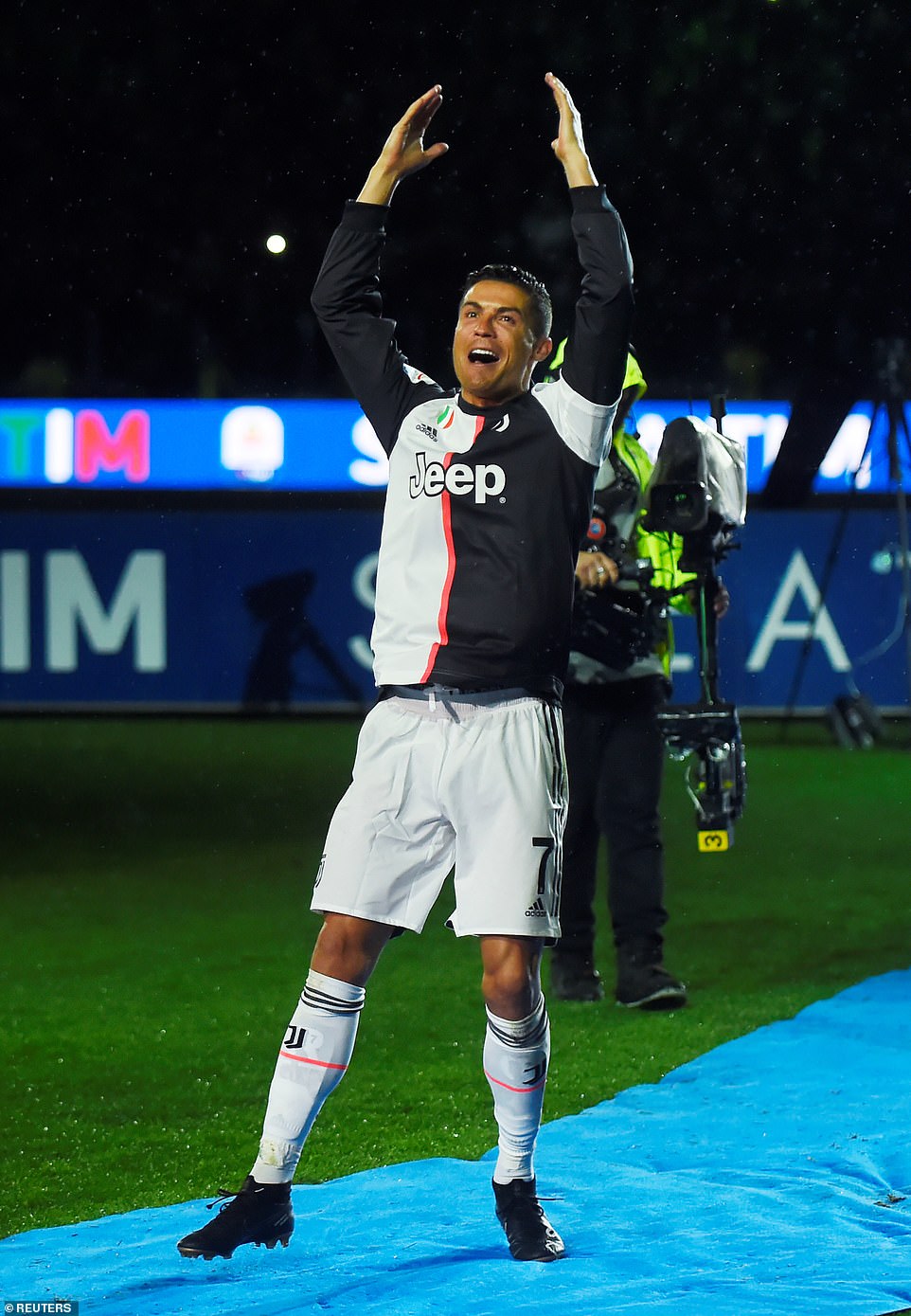 The players were welcomed out one by one, with talisman Cristiano Ronaldo soaking up attention upon his arrival 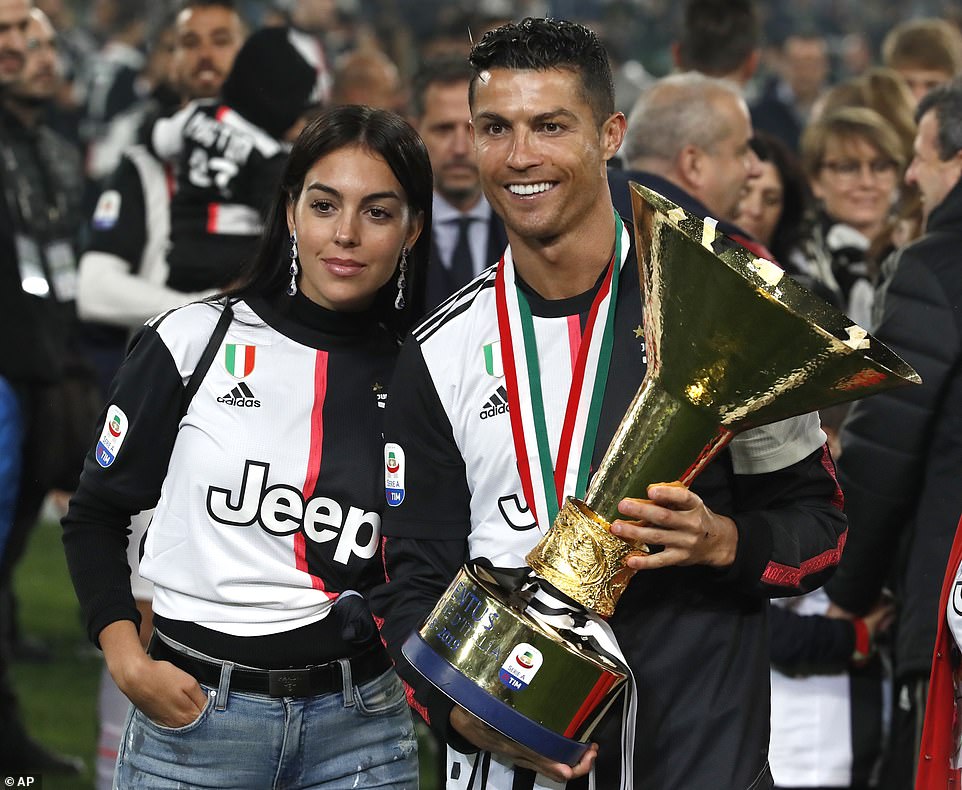 Ronaldo posed with the league trophy alongside girlfriend Georgina Rodriguez, who was also wearing a Juve shirt 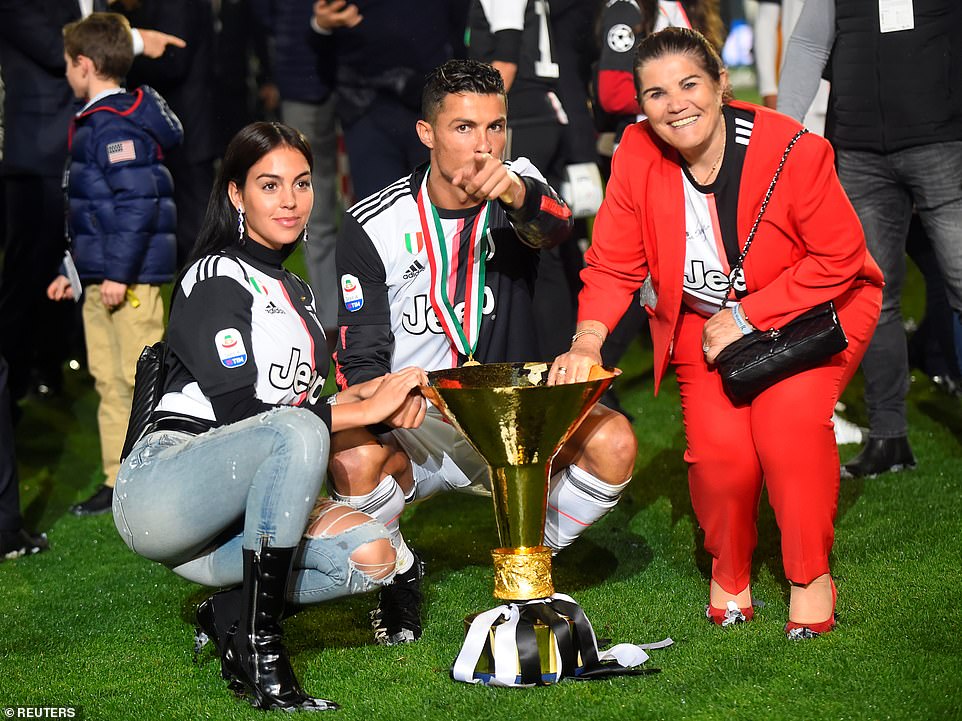 Ronaldo, who won the title in his first season in Italian football, also brought his mother Dolores out on the Allianz pitch 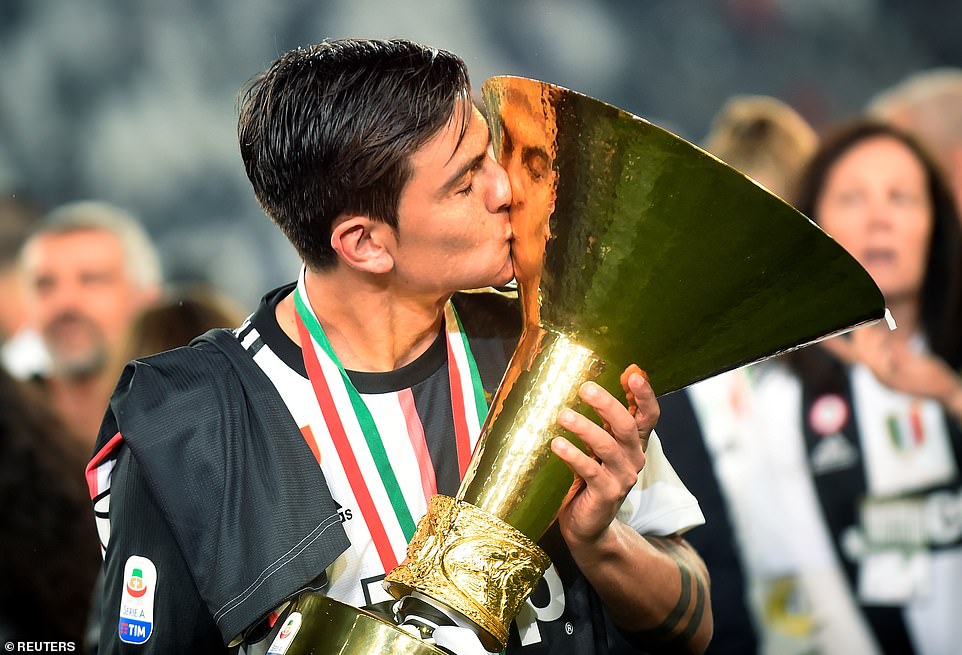 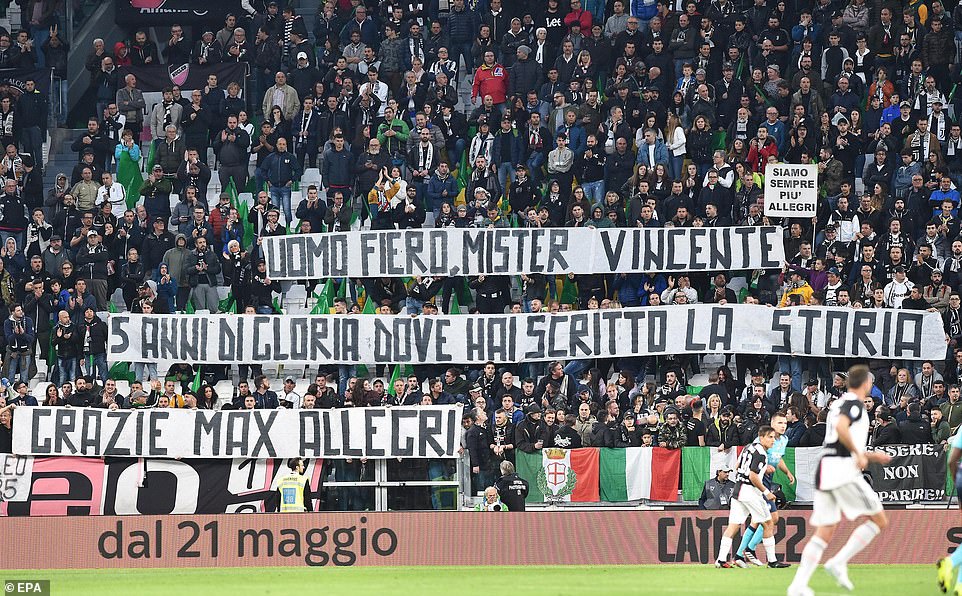 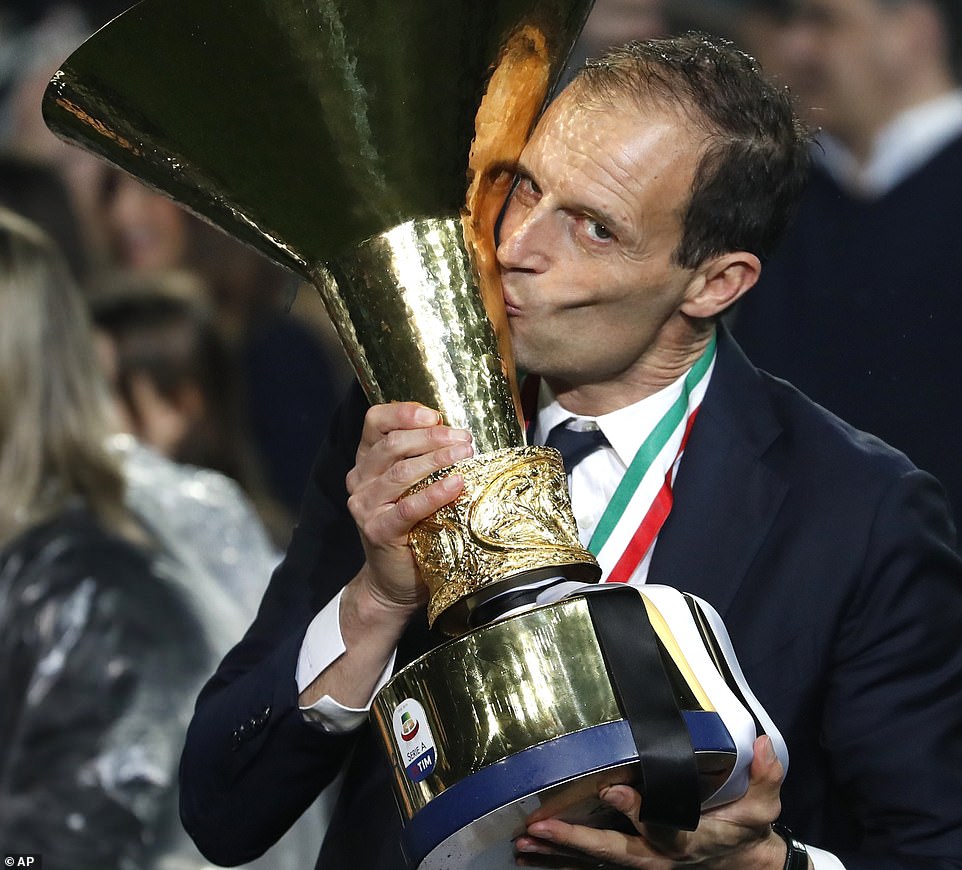 During his time with the club Allegri has five Serie A titles, four Coppa Italias and two Supercoppa Italiana titles to his name 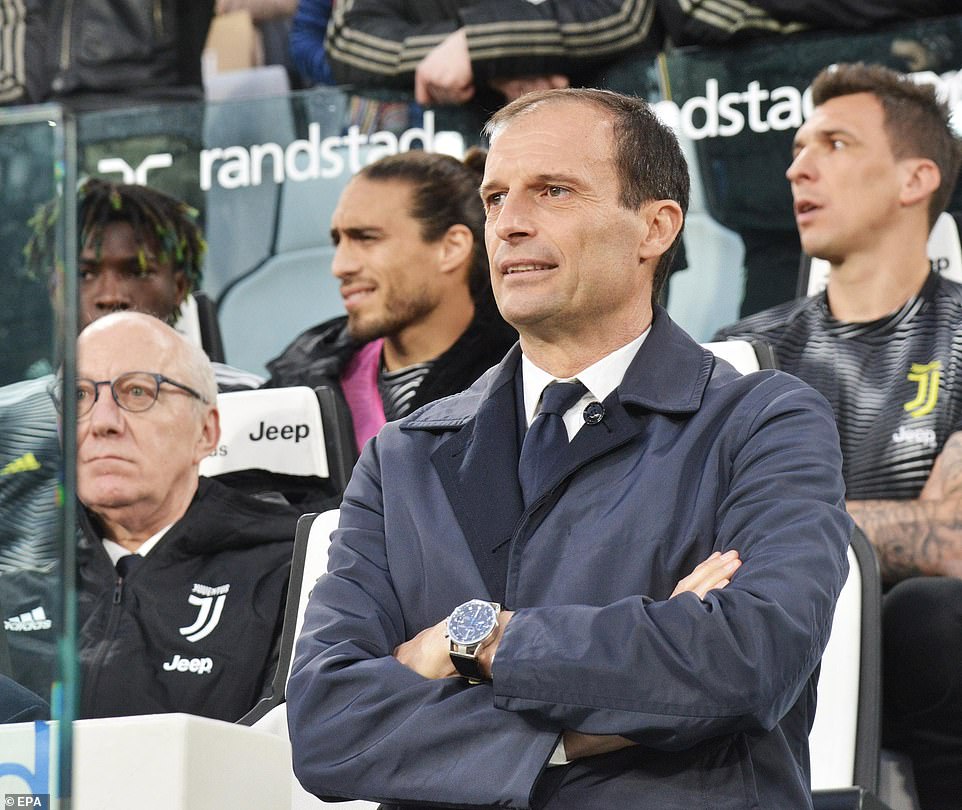 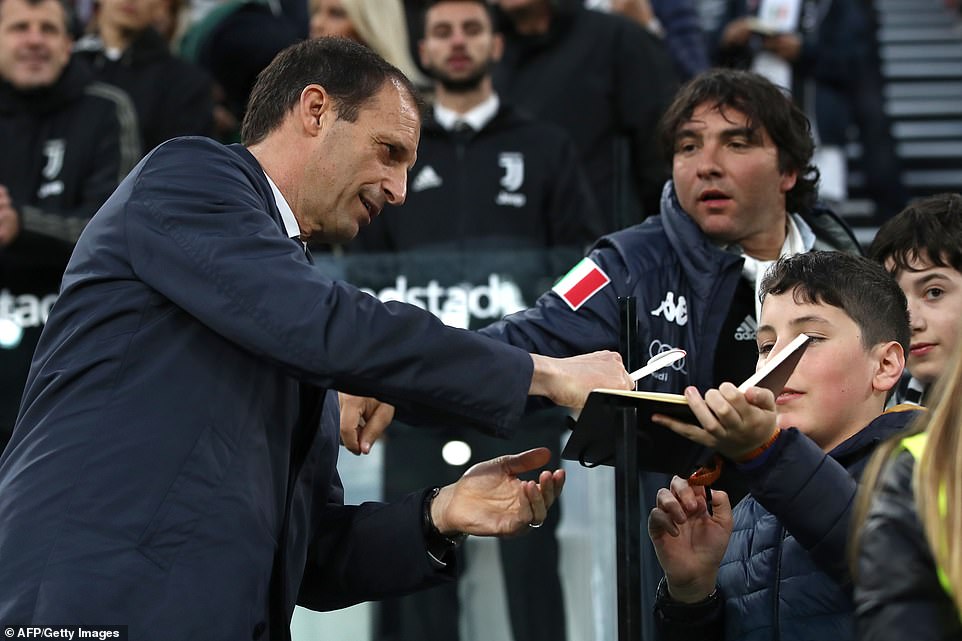 Club legend Gianluigi Buffon was also invited back by the club, and came out onto the pitch to share a special moment with the supporters who idolized him for his entire career.

The match took on plenty of additional significance, with it being the last in charge for manager Massimiliano Allegri who is to now pursue his career elsewhere.

A huge banner was unfurled across one end of the stadium, with fans keen to let Allegri know of their appreciation for the work he has conducted at the club.

Roughly translated, the banner of tribute read: ‘Proud man, winning coach. Five years of glory where you wrote the story, thanks Max Allegri.’

Emotion began to pour as veteran defender Andrea Barzagli bid farewell to the Vecchia Signora, playing his last match for Juve and departing to a standing ovation just after the hour mark in the Allianz Stadium. 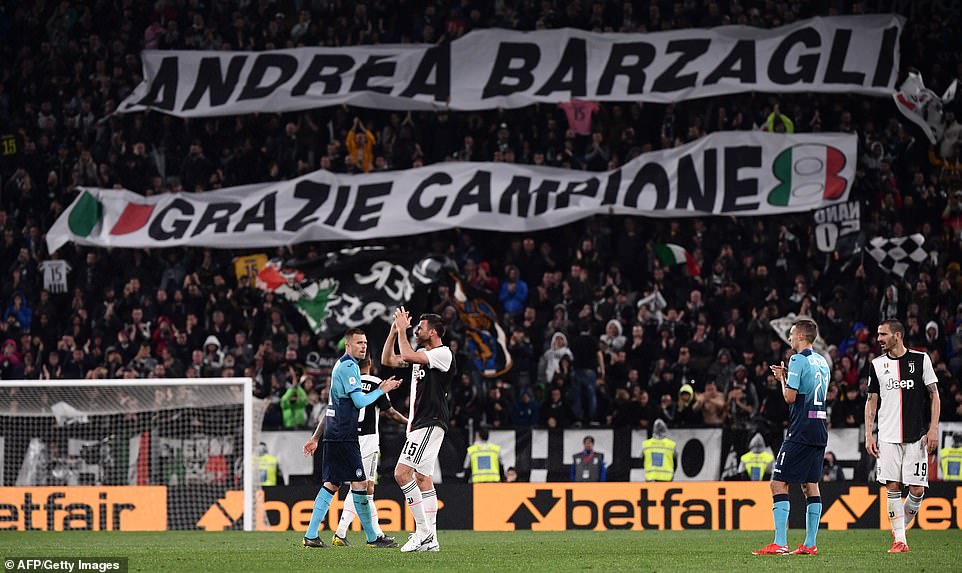 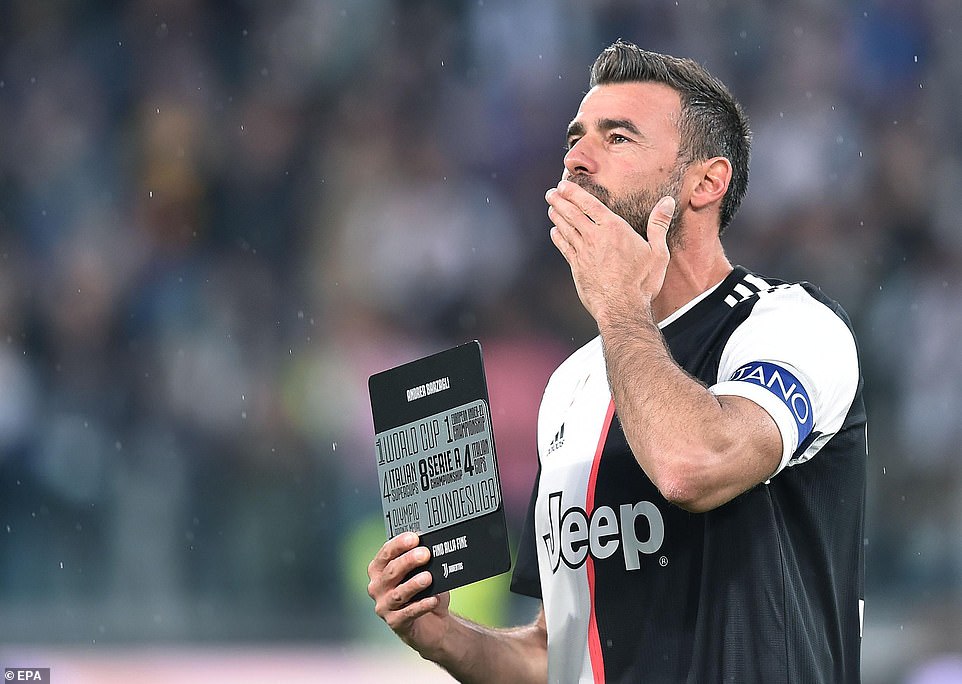