Egypt will formally protest to FIFA about the performance of Paraguay referee Enrique Caceres whose decisions they feel prejudiced the outcome of their World Cup game against hosts Russia in St Petersburg on Tuesday.

‘We want an investigation into the performance of the whole refereeing team,’ Egyptian Football Association president Hany Abo Rida told Reuters on Friday.

Egypt lost the game 3-1 to suffer a second defeat at the tournament and an early elimination in their first World Cup appearance since 1990. 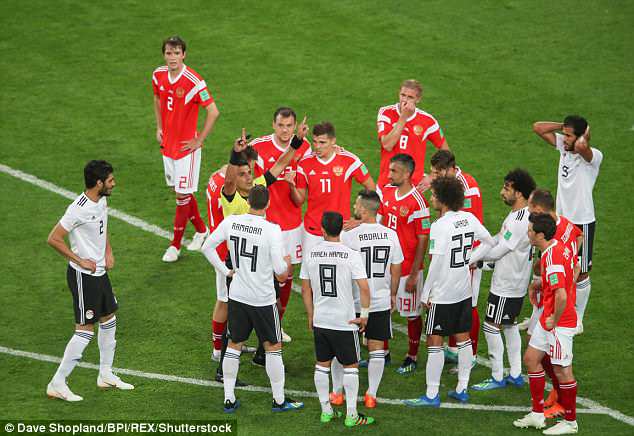 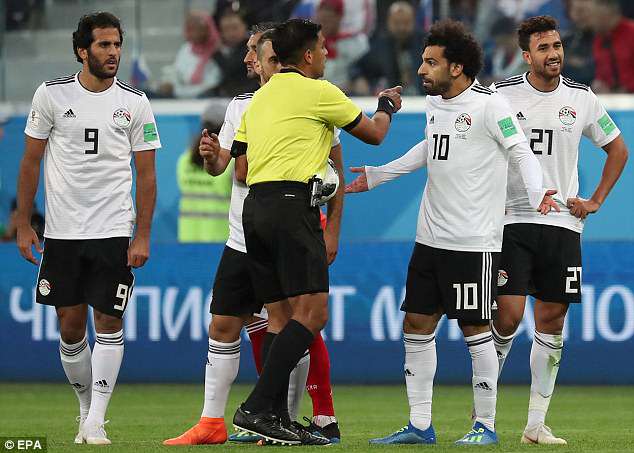 Abo Rida, who is also a FIFA Council member, said Egypt felt full back Ahmed Fathi was pushed in the process of attempting to clear the ball two minutes into the second half and consequently steered it into his own net to give Russia the lead.

He also felt there was a legitimate penalty appeal in the 78th minute for striker Marwan Mohsen, bundled over by Russia defender Ilya Kutepov. By that stage, Egypt were 3-1 down.

‘The referee should have used VAR (the Video Assistant Referee system) to check and award the penalty. They should have also seen that Fathi had been pushed. 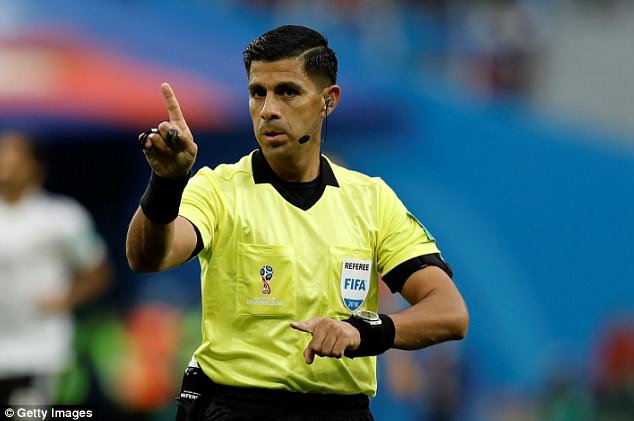 Caceres did not consult VAR for a penalty appeal, much to Egypt’s anger who were eliminated 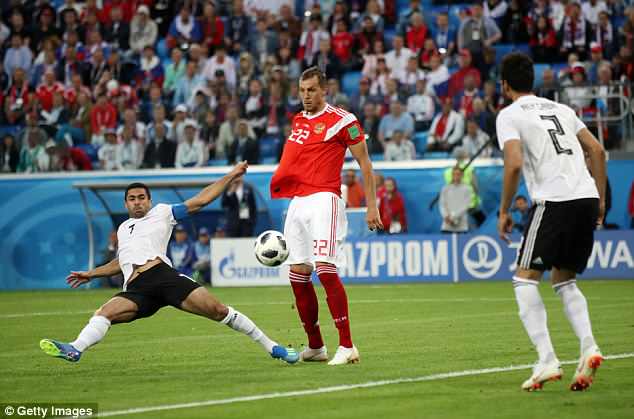 ‘It is our right to complain and ask for an investigation,’ he said.

Egypt play their final Group A game against Saudi Arabia in a contest between two eliminated teams in Volgograd on Monday.

‘I know people in Egypt are not happy with our results but it is our first tournament in 28 years. We lacked experience,’ Abo Rida added.