‘He would be a real asset’: Serge Gnabry urges Germany team-mate Leroy Sane to leave Manchester City and join him at Bayern Munich

By Peter Rutzler For Mailonline

Bayern have made no secret of their pursuit of the 23-year-old, who has fallen down the pecking order at the Etihad Stadium during City’s domestic-treble winning campaign.

Niko Kovac’s side will be without Franck Ribery and Arjen Robben next season after the veteran pair departed after more than a decade of service. 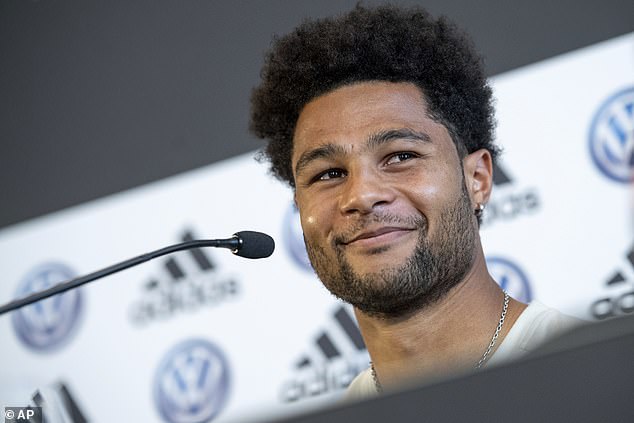 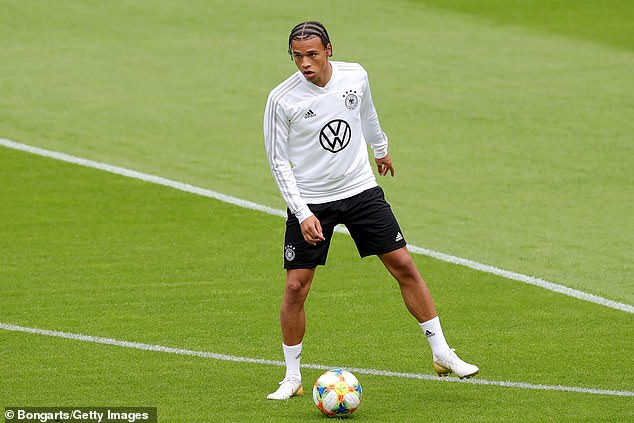 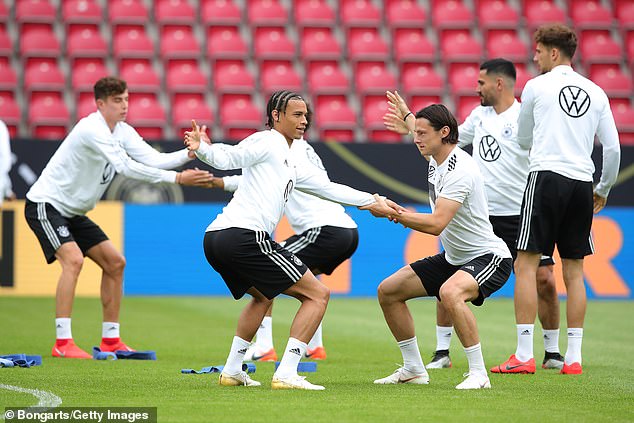 The German double winners are in the market for replacements in wide areas and while Sane would offer competition for former Gunners winger Gnabry, he believes the City flyer would be a ‘real asset’ to the club.

‘I would love to have him in my team. We get along really well, also off the pitch,’ said Gnabry, as quoted by the Mirror.

‘He would help any team and it’s very fun for me to play with him. He would be a real asset for Bayern Munich.’

He added: ‘I would say hello to him with a special handshake. I’ve already asked him about this topic, but he is the only one who can tell us what will happen.’ 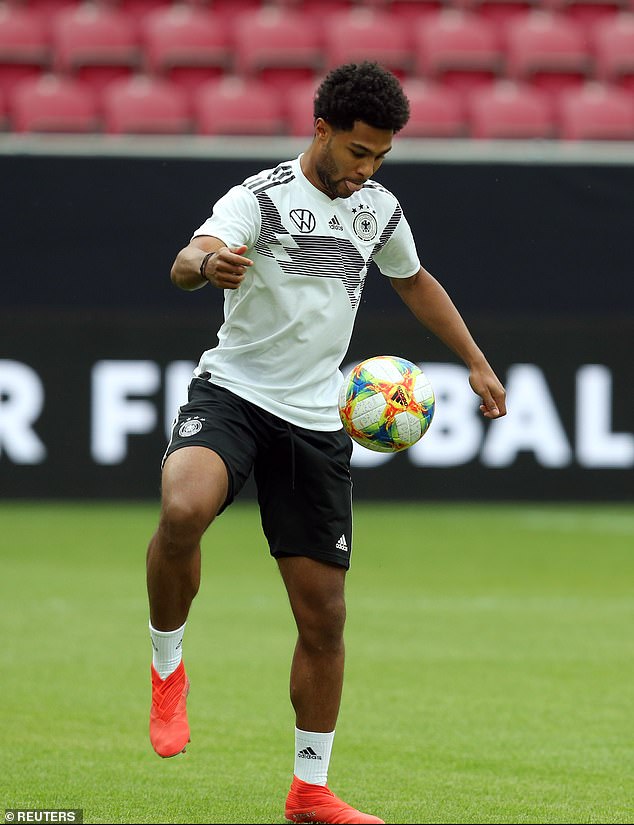 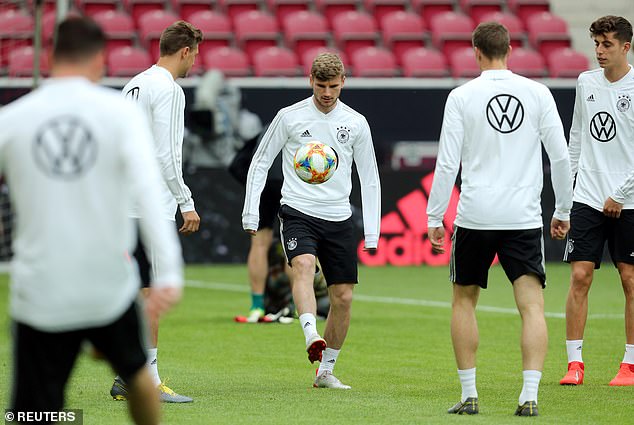 Any move for Sane has so far been hindered by City’s high asking price, thought to be around £90million, which Bayern Munich president Uli Hoeness labelled as ‘insane’.

Both Gnabry and Sane featured in Germany’s comfortable 2-0 win over Belarus over the weekend, with Sane getting on the scoresheet.

The ex-Schalke and Bayer Leverkusen player opened the scoring on 13 minutes after shaking off his marker and firing in from close range.

The visitors struck again through Marco Reus on 62 minutes after a clever assist from Matthias Ginter, with the result giving Germany six points, three behind leaders Northern Ireland who beat Estonia 2-1 for their third win in three qualifiers.

The three-time world champions are preparing to face Estonia on Tuesday, their third fixture of Euro 2020 qualifying Group C. 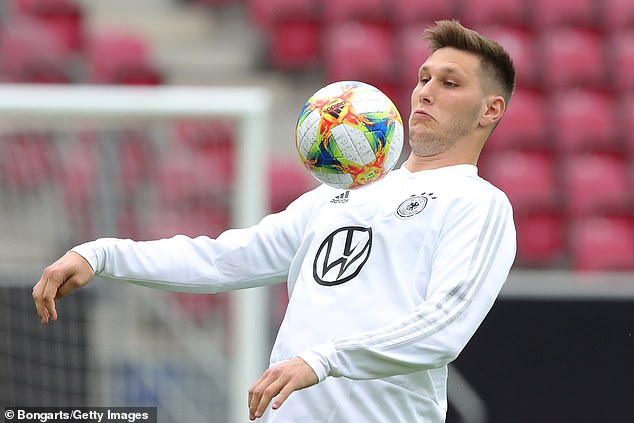 Niklas Sule controls possession of the ball as Germany prepare to…