SLAVEN BILIC: I didn’t know they were going to show my jump on TV. I wouldn’t


I think you have seen my passion for the game on ITV in recent days — but I will try not to stand on that table again, there could have been a nasty accident!

I know it has caused a bit of a stir back in England and I was a bit embarrassed about that. I didn’t know they were going to show it on TV. I wouldn’t have done it if I had known that!

All three of us around that table, Ian Wright, Christian Karembeu and myself, showed our emotions when we watched the game and when West Ham’s Dimitri Payet scored that fine goal, I just reacted; it was natural. 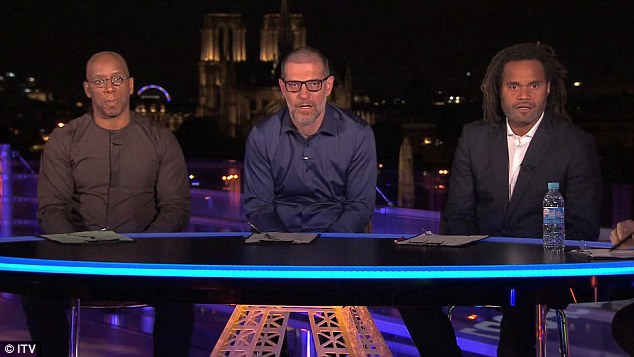 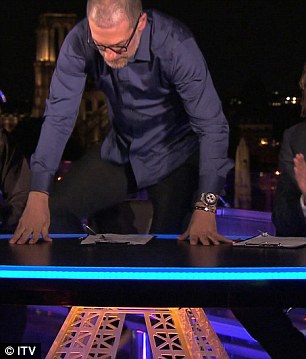 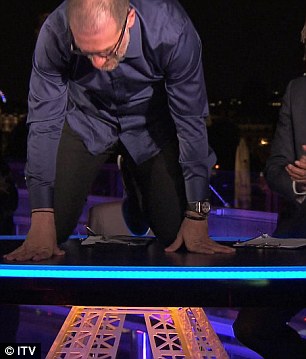 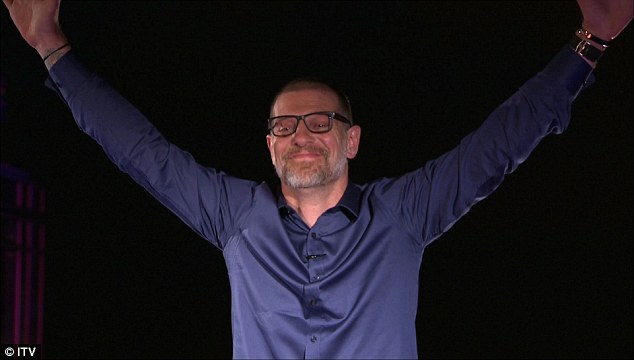 After climbing onto the table in the studio, Bilic lifted his arms in celebration at Payet’s wonderful late strike

I didn’t really want to do it but every time Albania had a chance Mark Pougatch and Ian were getting really excited so I just waited for my moment!

I am enjoying the experience of working on TV during the Euros, especially because my family are with me in Paris and we have some free time together in this great city.

During the game we talk about the action and you can always learn from people like Ian, Christian, Lee Dixon, Emmanuel Petit and Glenn Hoddle. When I see the coaches of the teams going through agonies down on the touchline, I can empathise, having been in that situation myself in 2008 and 2012. 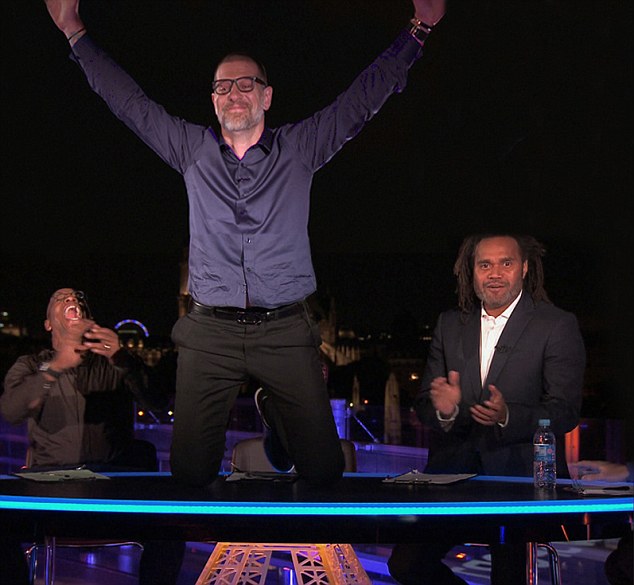 Bilic said the pundits on ITV had been excited whenever Albania came close to scoring, so he took his chance

When I have to say something about the coaches on TV I’m trying to be sympathetic. I want to defend them because I know how hard it is for them and how easy it is for me — and other pundits — to talk at half-time or after the game.

On TV, we talk about the coach after the game and ask: ‘Why did he do this and why did he not do that?’

I can tell you that quite often the coach is asking himself exactly the same questions, but he has had to make decisions before the game. 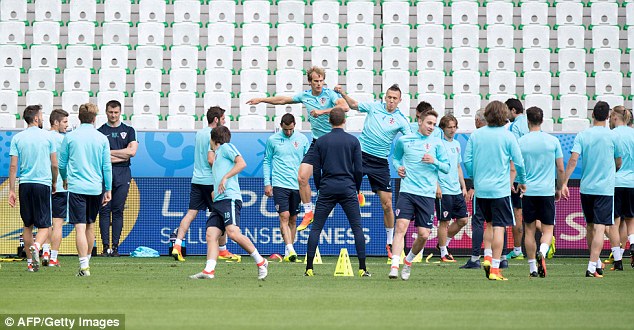 The former Croatia manager has spoken to friends back home, who are positive about their prospects

It is a great job to coach your country but it is also hard because there are thousands and thousands of ‘managers’ who are watching your every move.

I have also talked to my friends back in Croatia. They have been very positive about our team. The people and the media were not happy during qualification and the manager, Niko Kovac, was sacked before the play-offs.

Everything looks positive after the Turkey match, but you know it can all change after one game.

EURO 2016 HAS REALLY BEEN TOO DEFENSIVE

Read More:SLAVEN BILIC: I didn’t know they were going to show my jump on TV. I wouldn’t