By Alex Bywater For Mailonline

When you’re watching your team in their opening match of a major tournament the last thing you want is for your TV to be on the blink.

But for one Turkey fan, that’s exactly what happened as he watched his team’s 1-0 defeat to Croatia at the Parc des Princes in Paris last Saturday.

Well, kind of. This Turkey supporter was in fact on the end of a cruel prank from his girlfriend who hidden a secret room, continued to turn the match on and off much to her other other half’s distinct annoyance. It all prompted the Turkish man – known as Izzet – to fly into a rage, eventually kicking what he thought was the broken TV set off the wall. 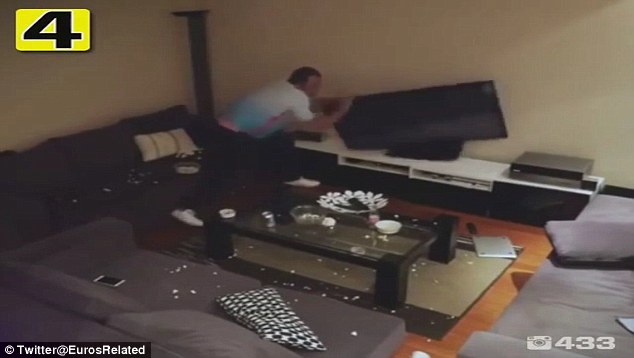 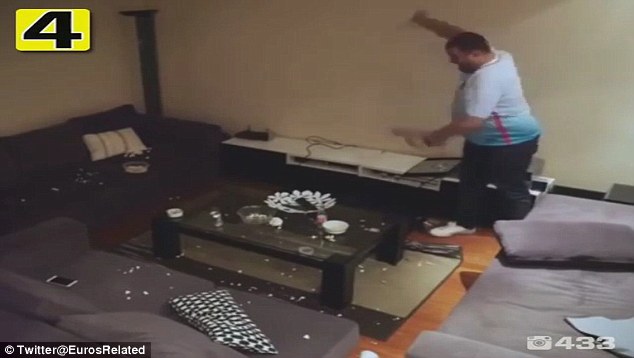 As the match went on, the Turkey fan’s girlfriend hid in another room and turned the TV on and off at key times 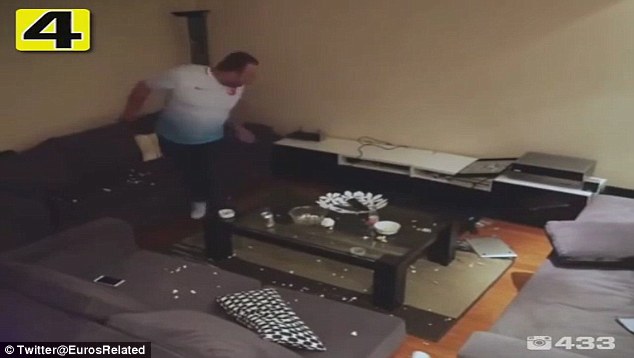 Thinking it was broken, the supporter flew into a rage, booting the TV off its stand in a fit of pure rage 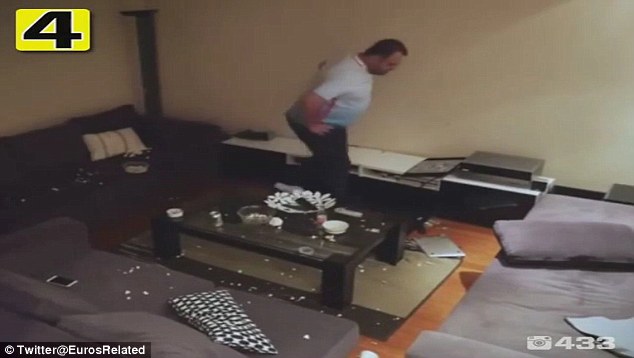 He also threw a laptop at the screen as with his team 1-0 down, the rage all got a little too much for him

All of the above has been captured in a hilarious video posted by Izzet’s other half on social media.

As a result he banished his girlfriend from the room ahead of the start of the second period, blaming her for his team’s poor performance before the break.

In response, she decided on a cruel joke in what was a cruel act of revenge.

Having set up a secret camera to capture the footage, Izzet’s girlfriend hid in a next door room and controlling the TV via her phone, proceeded to turn it on and off at crucial moments. 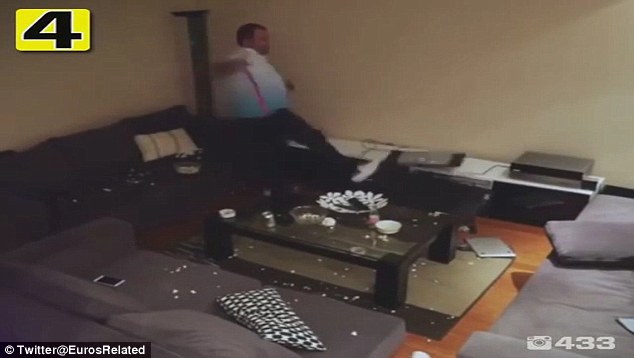 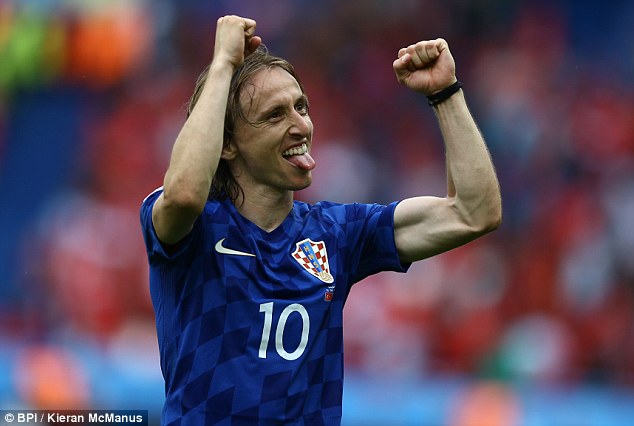 Luka Modric’s goal meant Turkey lost 1-0, leaving the Turkey fan even angrier and without a TV at the end of it 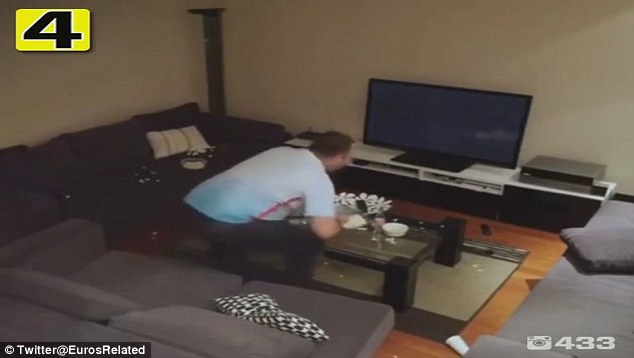 In the video the supporter known as Izzet loses his rag, blaming his girlfriend for Croatia’s poor display

If sending her partner crazy was what she wanted to achieve then she certainly got the desired result. In fact, Izzet went nothing short of mental.

SLAVEN BILIC: I didn’t know they were going to show my jump on TV. I wouldn’t