By Adrian Kajumba and Tom Collomosse For The Daily Mail

Aston Villa are ready to move for Brentford‘s star striker Ollie Watkins as the Bees desperately try to keep their ‘BMW’ frontline intact.

Brentford are determined to hang onto their prized assets and launch another promotion push next season after their play-off final agony against Fulham.

But 24-year-old Watkins, who scored 26 goals this season, is a top target for Villa and Crystal Palace this summer. 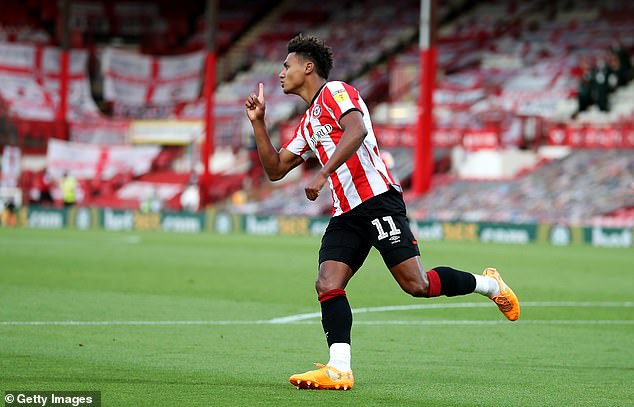 Talented winger Said Benrahma, who added 17 goals and set up nine more in 2019-20, also has a big admirer in Villa boss Dean Smith. The Algerian is considered the most likely to depart, keen for a swift resolution to his future and open to a move.

Bryan Mbeumo — the youngest of the ‘BMW’ trio at 20 — netted 15 goals this season and is sure to be the subject of interest. While left back Rico Henry, 23, is being chased by a string of top-flight clubs including Brighton, West Ham and newly-promoted duo Leeds and West Brom.

Brentford believe they can go up next season if they retain as much of the squad that got them to within touching distance of a first season in the Premier League. 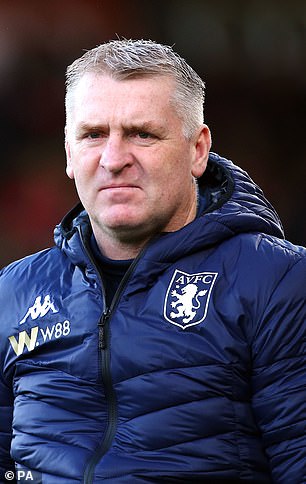 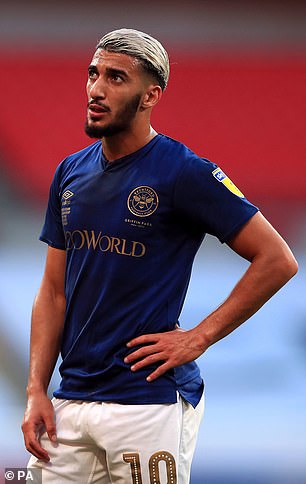 But manager Thomas Frank admitted before the final that it is ‘likely’ that one of his star men will leave this summer.

Brentford feel they are in a strong position to, at worst, command big fees should any of their players’ suitors firm up their interest.

Watkins and Henry are both on deals that run until 2023. It is unclear whether Watkins’ contract contains a buyout clause, with Brentford denying this to be the case. 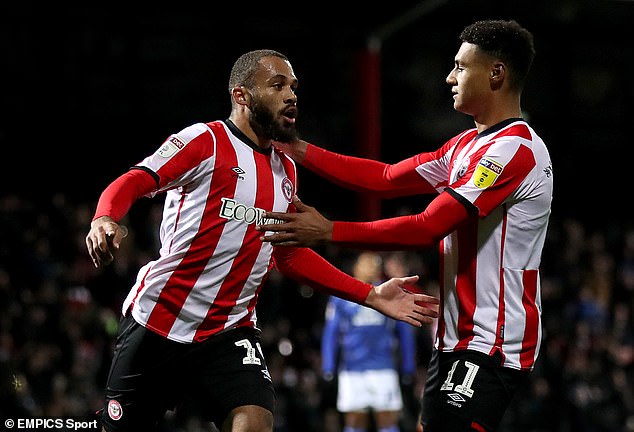 There should also be plenty of suitors for Bryan Mbuemo, who scored 15 Championship goals

Brentford are renowned for their clever recruitment and had already begun working on contingency plans in case they needed to replace any of their key players.

A new striker, left-sided attacker and left back, all capable of being starters, were among the positions they were looking to fill this summer even before their promotion fate was known.