Italy stormed to a 2-0 victory over Belgium in their first match and will want to make sure of their place in the last 16 with a win over Sweden in Toulouse at 2pm.

Czech Republic found themselves on the end of a difficult result when they lost 1-0 to Spain courtesy of an 87th-minute Gerard Pique header in their first fixture. This time they go up against a resolute side in Croatia – a team full of confidence after their 1-0 victory over Turkey – in Saint-Etienne at 5pm.

In the last game of the day, Spain play Turkey. Both sides, it seems, are headed in different directions. It all gets underway at 8pm in Nice.

Ahead of kick-off, Sportsmail‘s Martin Keown offers his assessment of the big games on day six of Euro 2016. 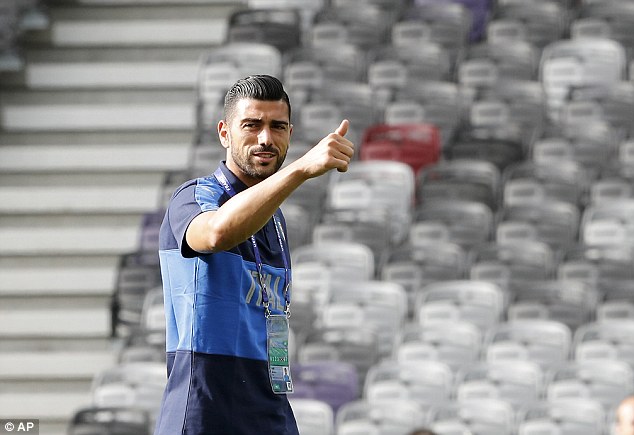 Pelle and Eder can be Italy’s perfect pairing

Italy really caught my eye during their opening victory against Belgium. 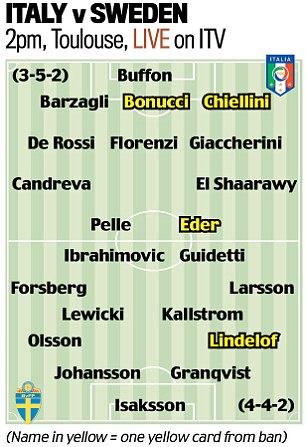 Marc Wilmots’ side certainly had the upper hand in terms of talent on the pitch, but Italy played out their gameplan to perfection.

It’s impressive how, in an era where so many teams flood the midfield, they played so well with two strikers.

Eder and Graziano Pelle look to have a really good understanding, and can both be relied upon to hit the back of the net.

Throughout the team everyone seems to understand their role and responsibility, particularly in the back three where Leonardo Bonucci is the standout.

Sweden only really got going against Ireland when Martin O’Neill’s side tired late on, and I can see this being another tough game for them.

KEY STAT: Italy have kept a clean sheet in each of their last three games, their longest run since 2013.

A fourth clean sheet in a row against Sweden would be their best streak since the 2006 World Cup, which they eventually won.

BIG MATCH BET: Italy will wait for the chance to pick off Sweden and seal their place in the last 16. Get on the draw at half-time and a win for Antonio Conte and Co at 15-4. 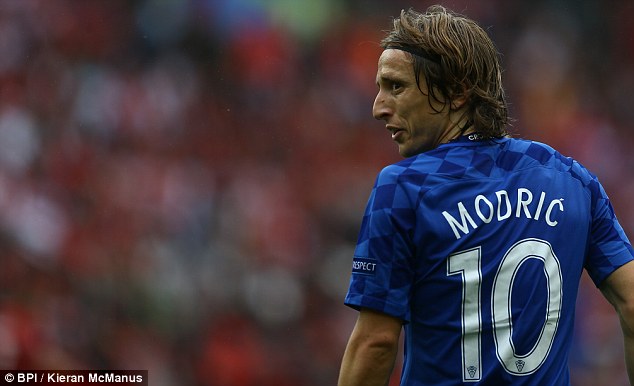 Modric pulling the strings for Croatia

Luka Modric was the star of the show in Croatia’s opening win against Turkey. 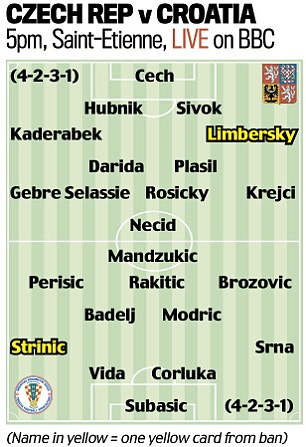 His wonderful volley was all that separated the sides on the scoreline but with Modric and Ivan Rakitic pulling the strings, it really should have been a more comprehensive victory.

They have an aggressive focal point in the form of Mario Mandzukic and captain Darijo Srna is only too happy to find him with early crosses from right back.

Czech Republic played defensively against Spain and were seemingly happy to hit the holders on the break.