Germany will be looking to bag a maximum six points from their two upcoming Euro 2020 qualifiers against Belarus and Estonia to take control of their group and make it three wins out of three matches.

The Germans, who suffered a shock World Cup first round exit last year before being relegated in the inaugural Nations League, are desperate to make amends and build on their opening Euro 2020 qualifying win against Netherlands.

‘We have to be focused and concentrated and it will not be easy to play these games at this stage of the season,’ Germany captain Manuel Neuer said at their Dutch training camp in Venlo on Tuesday. 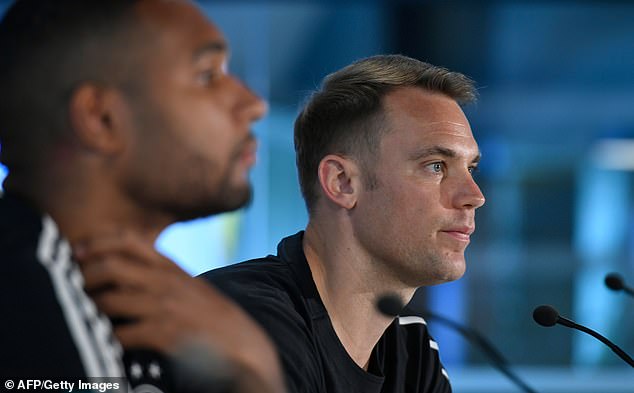 ‘But it is absolutely necessary to bring back the six points. We want to pick up where we left off after beating Netherlands,’ the goalkeeper said.

Germany travel to play Belarus on June 8 before hosting Estonia three days later. The Germans are in third place in Group C on three points, with a game in hand on the Dutch, on three points, and leaders Northern Ireland, who have six.

Neuer is one of only three players left from their 2014 World Cup-winning squad with coach Joachim Loew having dropped several of his veterans, including Jerome Boateng, Mats Hummels and Thomas Mueller, in favour of younger players. 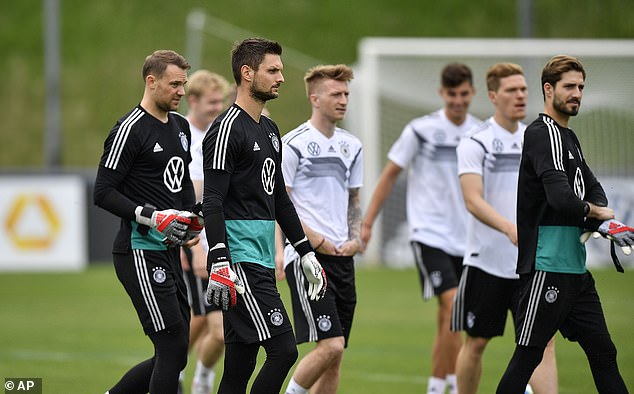 Loew will miss both matches due to an injury of his own, with assistant Marcus Sorg taking his place on the bench.

‘We hope to have a quick development as a team and in issues of leadership,’ Neuer said.

‘The young players need to take responsibility. We have set targets for our next steps to make it happen as quickly as possible because we want to attack again next summer.’

‘So that we are in a good position and be competitive enough to win the title.’

Read More:Neuer: Germany must win qualifiers against Belarus and Estonia