Real Madrid outcast James Rodriguez ‘set for stunning £13.5m move to city rivals Atletico Madrid’… with the Colombian playmaker out of favour under Zinedine Zidane at the Bernabeu

James Rodriguez is reportedly set to join Atletico Madrid this summer for £13.5million, with his future at Real Madrid in doubt.

Rodriguez was signed in the summer of 2014 from Monaco amid huge clamour after an impressive World Cup for Colombia in Brazil.

But despite showing glimpses of his quality, particularly in his early years at the club, the midfielder has failed to settle into Zinedine Zidane’s first-team plans at the Bernabeu and is now poised to move across the city to Atletico, according to Spanish sports show El Golazo de Gol. 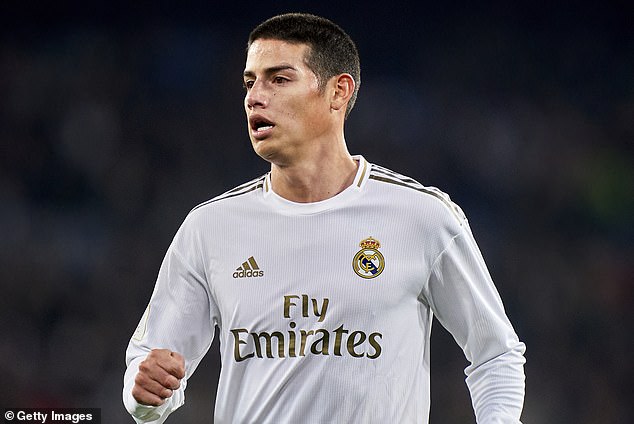 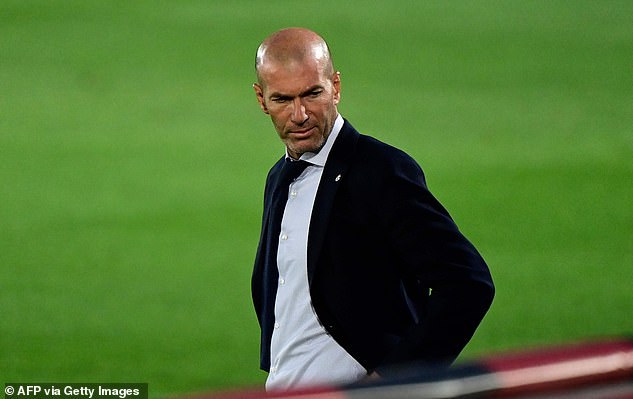 The report details that Diego Simeone’s side could land the 29-year-old, who has featured just once for the LaLiga champions post-lockdown, for as little as £13.5m.

However, Atletico Madrid president Enrique Cerezo admitted he was currently not sure if Rodriguez would sign.

‘We have an excellent and young squad,’ Cerezo told Radio Marca.

‘However, if the coach considers it necessary, we will do everything in our reach to bring a player in. I have no idea whether he will end up coming.’

As well as Atletico Madrid, Manchester United and Everton have also been closely linked with a move for Rodriguez, with a move to Goodison Park potentially reuniting the Colombian with coach Carlo Ancelotti.

Arsenal and Wolves are also rumoured to be eyeing up a cut-price deal. 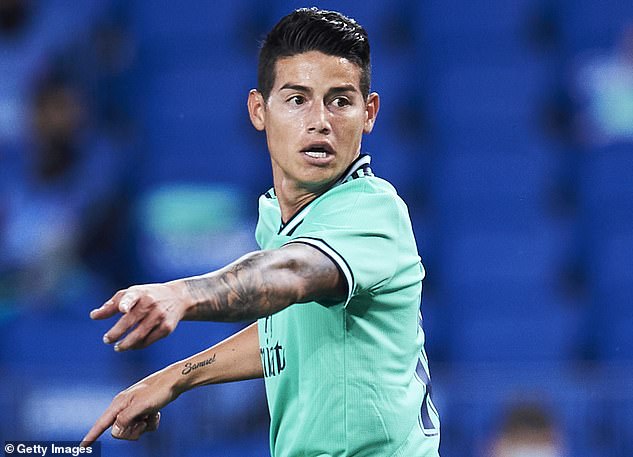 Manchester United, Arsenal, Wolves and Everton are also all interested in Rodriguez

Rodriguez had an unconvincing two-year loan spell at Bayern Munich from 2017 to 2019 after he was frozen out of Zidane’s plans at Madrid.

This season, he missed two months at the back end of 2019 due to a knee injury picked up on international duty and he was also sidelined with a hip problem for a short period.

His contract is up in June 2021 and he is therefore keen to leave the club this summer, having been unable to establish himself in Zidane’s second stint in charge.