Hardcore Turkish ‘ultras’ posted images of a meat cleaver and a baseball bat online to announce how prepared they were for any trouble at Euro 2016.

In one image, a meat cleaver is seen on top of a national team shirt and a ticket for the nation’s opening game against Croatia in Paris.

A second image showed a baseball bat leaning against a Turkish shirt with the message ‘Ready. #EURO2016’. 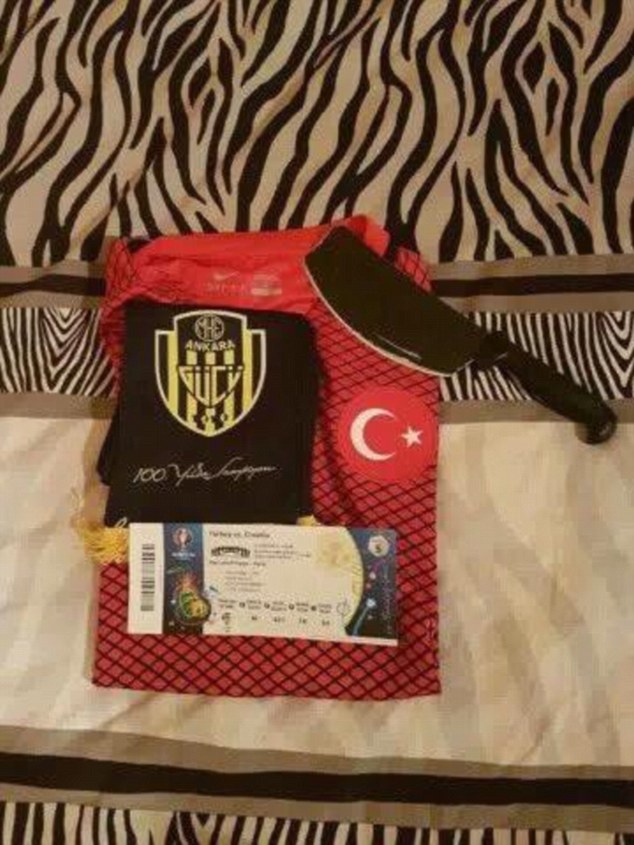 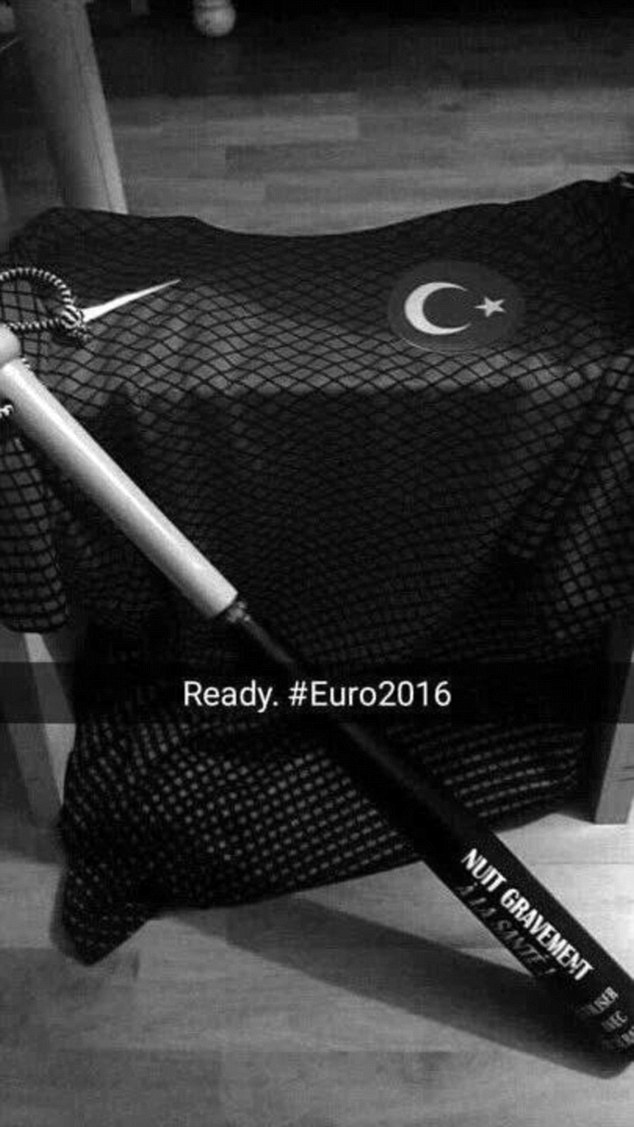 Following their defeat on Sunday there were reports of crowd trouble in Paris between local PSG fans and Turkish followers, although there was nothing as serious as the events in Marseille involving English and Russian supporters.

Also, Turkish fans were criticised last year for booing a minute’s silence for the victims of the Paris attacks.

During a previous game between Turkey and Croatia at the quarter finals of Euro 2008 in Vienna, there were violent clashes in Mostar, Bosnia, where locals were supporting Turkey.

Meanwhile, French Prime Minister Manuel Valls said some fans will be deported from the country as a result of violent scenes caused by hooligans.

Scenes of rival fans wielding metal bars and hurling beer bottles in street clashes in Marseille, as well as incidents in Nice, Lille and Paris, have turned attention away from events on the pitch.

There are fears the violence could spread at a time when French security forces are already stretched, as highlighted on Monday when a suspected Islamist attacker stabbed a French police commander and his partner to death at their home.

Valls said: ‘People will be deported after they have been sentenced as there are people who cannot remain because they are not wanted on our national territory due to their behaviour.’ 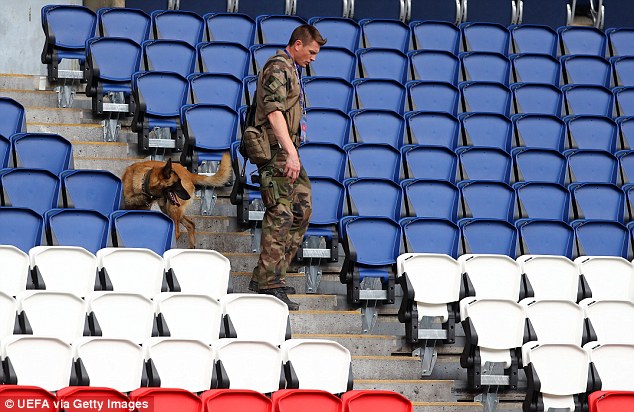 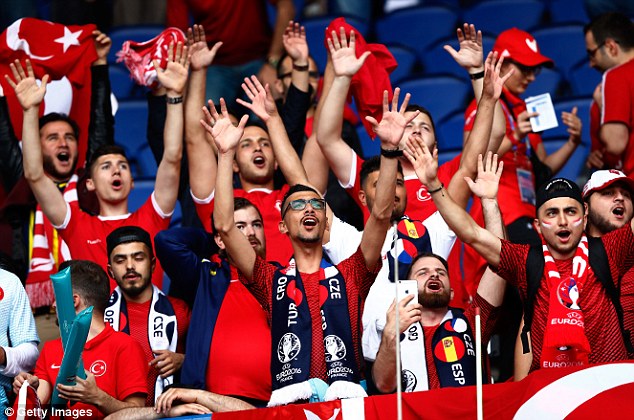 Several hundred English, Russian and French fans squared off for three days in Marseille, hurling beer bottles and chairs and drawing volleys of tear gas from riot police who struggled to contain the skirmishes in the city’s narrow central streets.

On Saturday, in scenes that drew sanctions from European soccer’s governing body, UEFA, Russian supporters charged their English counterparts inside the Stade Velodrome moments after the final whistle in their teams’ 1-1 draw.

Fifteen fans were arrested at the time. Five England fans have so far been sentenced to jail terms of between one and three months, while a Frenchman received a two-year term.