Josep Bartomeu has reassured Barcelona fans that Lionel Messi wants to finish his playing days at the Nou Camp amid fears he could leave.

Inter Milan have been linked with a sensational move for the six-time Ballon d’Or winner, who appears to be growing increasingly discontent at Barcelona, and are keeping a close eye on his situation.

Messi has yet to sign a new deal at the Nou Camp and could leave for free next summer but Bartomeu insists the Argentine superstar isn’t going anywhere. 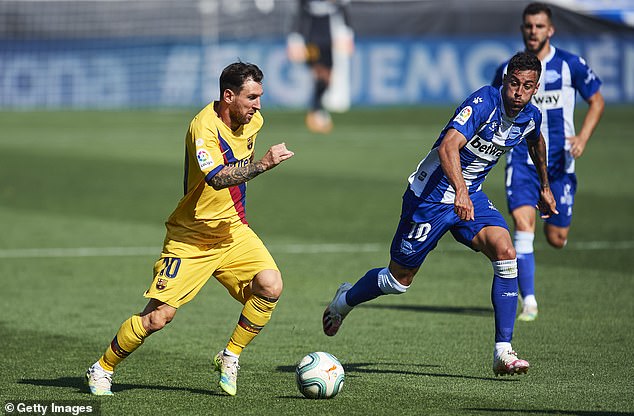 ‘It’s not just me who says it, Messi says it himself,’ Bartomeu told beIN SPORTS. ‘He wants to finish his professional playing career at Barcelona and it’s the only club for him.

‘I don’t have any doubt that when he finishes his football career in three or four years it will be here at Barcelona.

‘Messi has it very clear. He’s been here since he was a kid, he knows the colours and is a part of the club’s history.

‘He is the best player in the world. Not just right now, but in the history of the game. He’s at Barcelona and has made clear he wants to stay here.’ 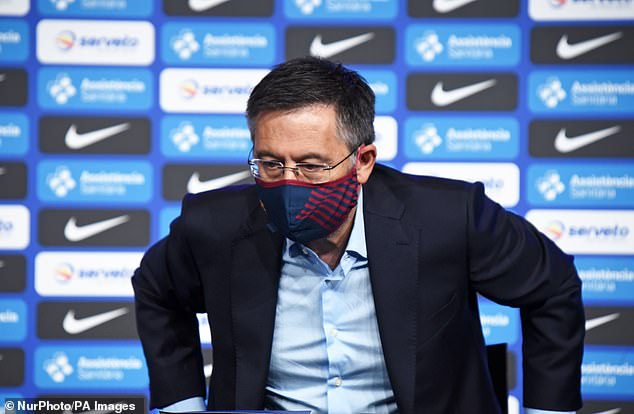 It was reported last week by Italian outlet La Gazzetta Dello Sport that Inter were preparing an ‘astronomical offer’ to try and snap up Messi.

It was claimed that Inter would put forward an incredible offer to Messi, with a collective salary of £235million over a four-year contract.

Messi’s demeanour in recent times has sent waves of concern through the Barca camp, with many now fearing he will call time on his days with the club he has spent the entirety of his senior career with.