I’ve been pleasantly surprised by Russia’s performances. Even the Russian people were negative about their team’s chances going into the tournament.

However, there’s now a real buzz around the country and it’s evident when you walk around bars in various cities.

You can’t rule anything out as we’ve already seen some shocks but I’m pleased that the hosts are virtually through to the knockout stages – for the good of the tournament. 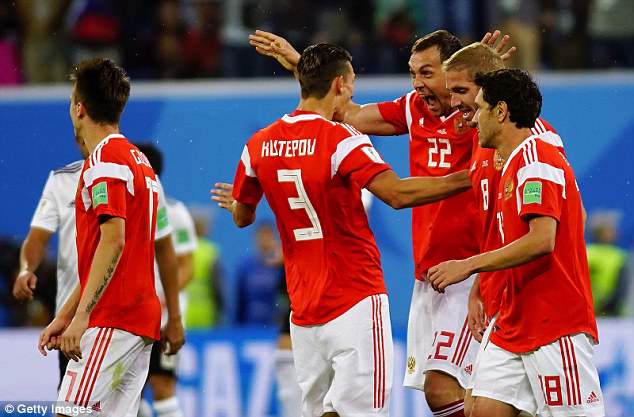 It’s great they have the belief of the nation. I’m not saying they can win it, but it’s amazing what a couple of wins and a bit of momentum can do.

You can make of it what you will against Saudi Arabia but on Tuesday night against Egypt they won comfortably – and The Pharaohs are a much harder proposition. Home advantage is definitely helping them though.

In Aleksandr Golovin Russia have an extremely clever player. I’ve been a fan of his for a while and it’s no surprise that he has been linked with Arsenal. It’s not just him that’s impressed me, but the team ethic. 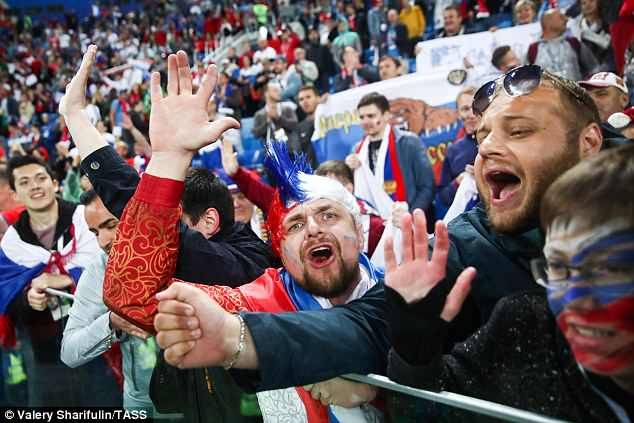 Russia manager Stanislav Cherchesov has a group of well-organised players and he isn’t afraid to make changes. He dropped striker Fedor Smolov for Artem Dzyuba on Tuesday night and the latter repaid his faith by scoring their third. It’s evident that the squad are full of energy and they will continue to gain confidence and belief.

For Egypt though, Mohamed Salah has struggled with injury and he didn’t look at his sharpest at the St Petersburg Stadium. For somebody who has had an outstanding season it’s a sorry ending for him.

Tactically playing in a central role against Russia didn’t suit him and it showed. With his World Cup dreams all but over Liverpool will want him to fully recover and go again next season. Read More:Russia have got the nation believing in them again