Chelsea legend Gianfranco Zola has given fans a unique insight into his stunning career through the various kits he wore as a player.

In the latest episode of BT Sport’s ‘What I Wore’ series, Zola was asked to talk about some of the pivotal moments of his playing days as they worked through the kits that defined his career.

Zola began his career in his homeland of Italy, most notably with Napoli and Parma, and won the Serie A title and UEFA Cup before departing for Chelsea where he would go on to become a club icon. 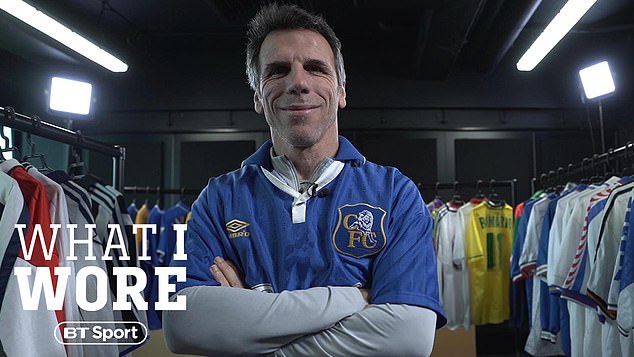 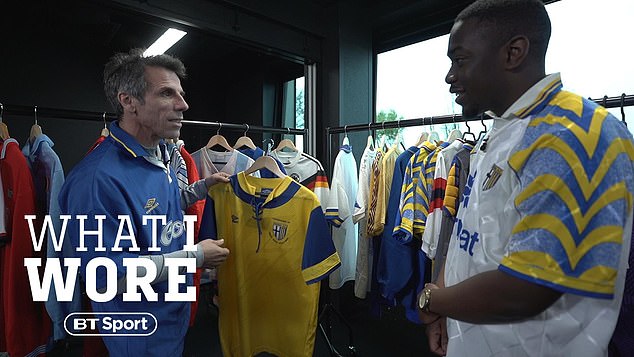 The first shirt presented to Zola was a classic red Napoli strip from 1988/89, which was sponsored by Mars, and the material seemed to cause a lot of problems. The free confectionery made up for it though.

Zola said: ‘This shirt was very good in winter when it didn’t rain but when it did this shirt used to weight four or five kilos. I have a lot affection for this shirt. I won my first league title with Napoli and I became what I became because of my experience in Naples so I am very grateful.

‘Before Christmas they used to give us a huge bag full of Mars sweets and everything. I wasn’t really that fit.’

When Zola moved to Naples in 1989, he found something of a mentor in Diego Maradona. The pair became so close that Zola was known as the understudy to the maverick Argentine.

‘It was like God coming to earth,’ Zola said. ‘Maradona was a present to the team and the whole city. He was something special and it’ll never happen again. They (Napoli) won two titles with him but all of a sudden they went from a mid-table team to one of the best in Europe with him.

‘I always say when I speak about him that people only ever see what he did in games. But what he used to do in training was much more than that. He used to be able to do everything with the ball. I had the possibility to train with and see the best player in the world, if not of all-time, so it was an unbelievable opportunity for me to improve and become better.’ 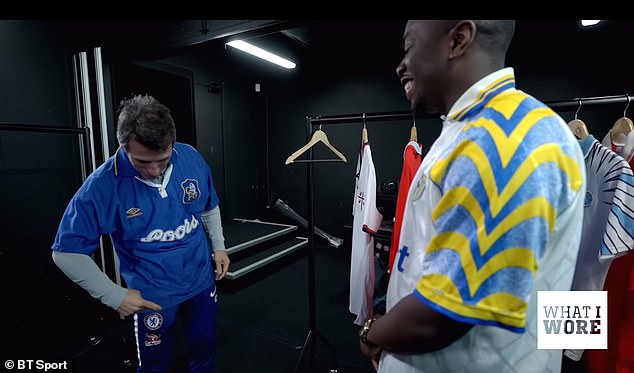 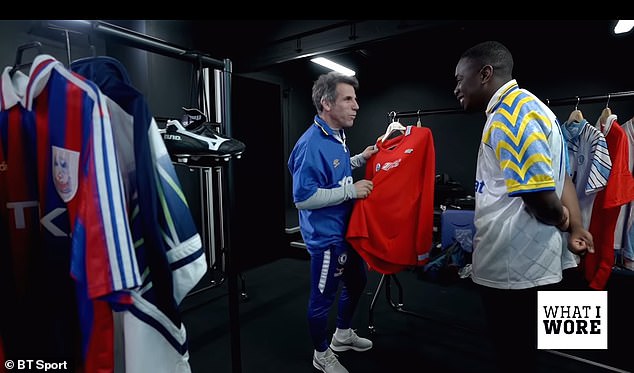 The first shirt presented to Zola was a classic red Napoli strip from 1988/89, sponsored by Mars 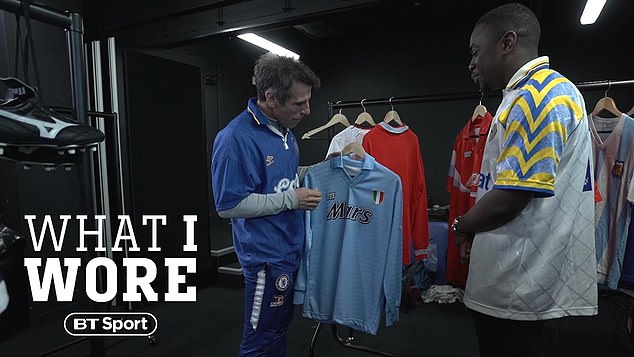 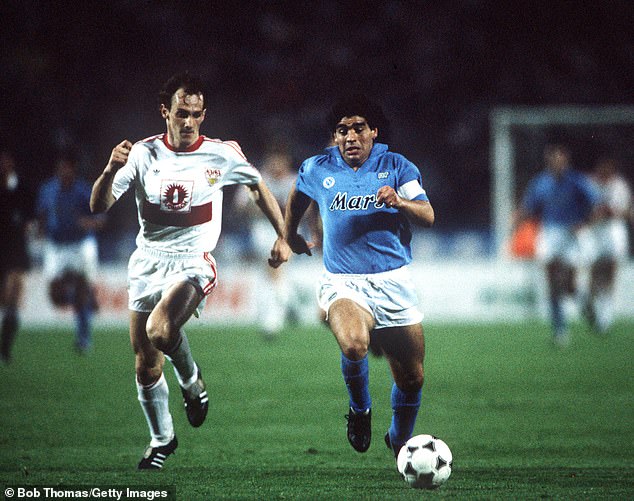 In 1993, Zola left Napoli and joined fellow Serie A side Parma. He established himself as one of the league’s best players and almost won another Serie A title before clinching the UEFA Cup in 1995.

He spoke fondly of a classic 1993-95 Parma shirt that he picked off the handrail and mentioned some of the young players at the club who would reach extraordinary heights.