Modric fired his side into the lead with a brilliant dipping volley from just outside the box four minutes before halftime and Croatia held on to win 1-0 at the Parc des Princes against a spirited but limited Turkey.

‘Luka really deserves to be talked about, especially after this match. It was one of his best for Croatia,’ the 62-year-old Cacic enthused after the game. 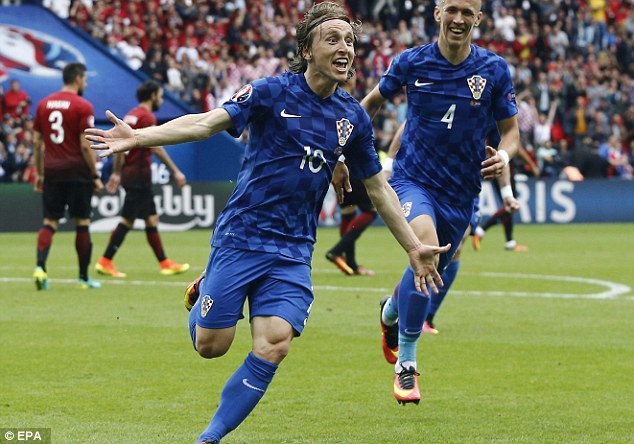 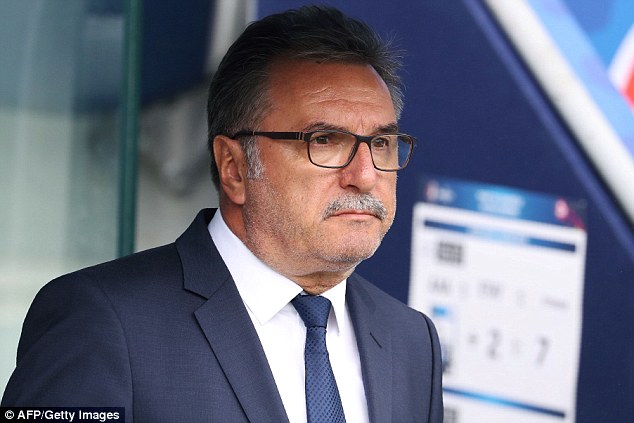 ‘He really played well, he was our leader, he scored a magical goal, and it turned out to be the only goal. We need Luka in this form because our team looks better, more aggressive.’

The game descended into a scrappy affair but Modric rose above the mediocrity with his clever passing and movement and his goal proved the icing on the cake.

‘I struck it perfectly and I scored. I’m happy about the goal, but I’m even happier about the result and the three points,’ Modric told reporters.

‘We played really aggressively. We played like the big national teams, and I think we are a big team now. This was the first match in this tournament and there are many more in front of us,’ he added. 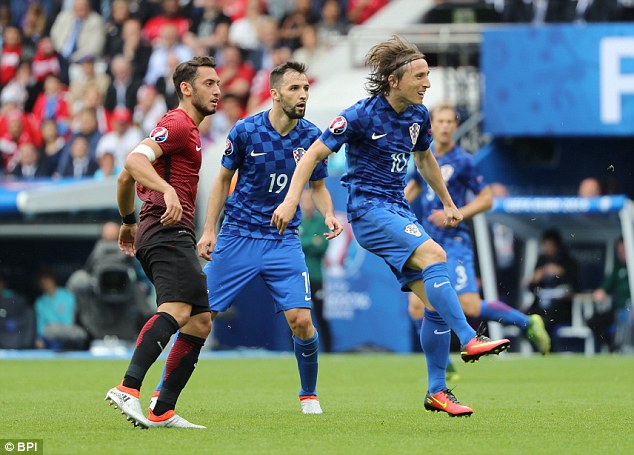 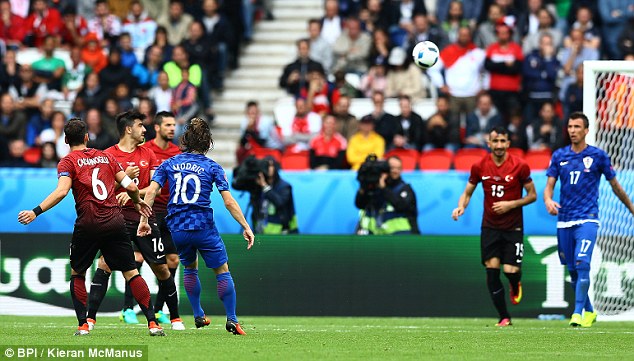 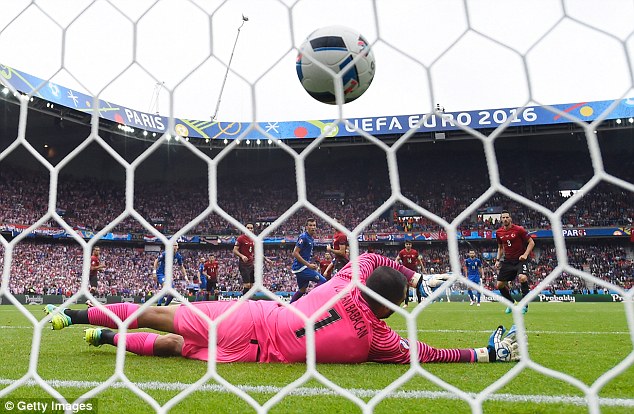 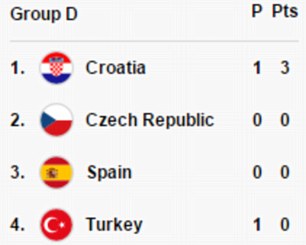 Croatia top Group D after one game of Euro 2016

His wonder strike prompted wild jubiliation both on the pitch and in the stands, with one fan making his way down onto the pitch to join in the celebrations with the Croatian players — something the goal-scorer was oblivious to at the time.

Despite security being a concern following the trouble at the end of Saturday’s game between Russia and England, Modric brushed off the incident.

‘It could have been a supporter from Turkey, but thank God it was a Croatian supporter,’ the Real Madrid playmaker said.

‘After scoring the goal I didn’t even notice. It was…