But there was another name who caught the eye in the 6-0 crushing of Liechtenstein in Parma on Monday night.

Amid the hungry young pups, a familiar face scored twice from the spot, earning cheers across the peninsular. Anyone with a soft spot for Italian football was thrilled when golden oldie Fabio Quagliarella plundered his first goals in the famous blue shirt since November 2010. 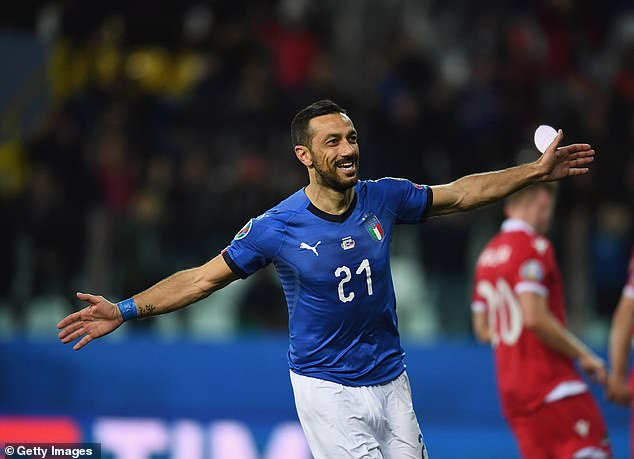 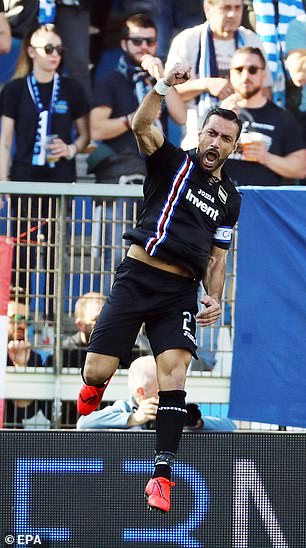 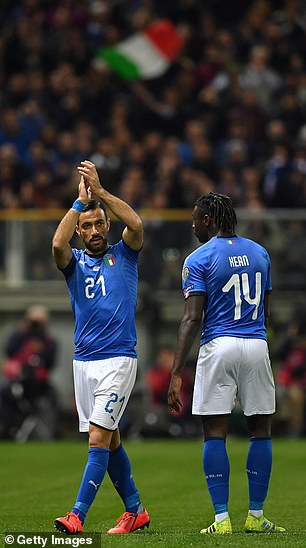 Excelling for Sampdoria, Quagliarella merits his renaissance on the international stage now

The Sampdoria forward is 36 years and 55 days old, but says ‘I don’t feel my age’. His enthusiasm and professionalism made it impossible for Mancini to ignore him.

On Monday the veteran made his first start in a competitive international since October 2009, and repaid his boss.

‘I have always said I don’t look at their ages. If people are in good form and serious, they will be considered,’ said Mancini.

Quaglia, from Castellammare di Stabia near Naples, was a substitute in Friday’s qualifier in Udine against Finland, and hit the bar with a powerful drive from a tight angle not long after replacing Ciro Immobile. 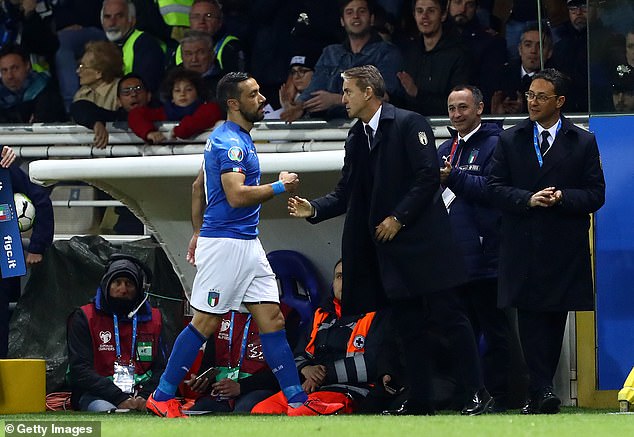 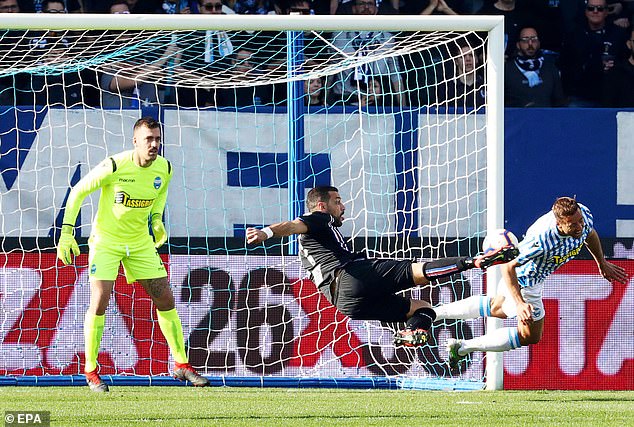 The decision to bring the forward back into the national squad is logical. Quagliarella is Serie A top scorer with 21 goals so far. Yes – he’s even ahead of the man they call ‘CR7’.

Immobile is struggling for goals in the Italy jersey, while Torino powerhouse Andrea Belotti is still finding his form after serious injuries. Mario Balotelli is one of Mancini’s favourites, but he needs time to get in tip-top physical condition at new side Marseille.

Club performances and circumstances have presented the Samp hitman with a second chance, and he is taking it.

His knowledge and dedication will also rub off on the younger guys in the group, including 19-year-old Juventus prodigy Kean.

What makes this renaissance even sweeter is the traumatic events of a few years ago.

Rewind to a summer nine years ago, and Quaglia had just scored one of the goals of the tournament in Italy’s group defeat to Slovakia at the 2010 World Cup.

His sumptuous twenty-yard chip generated global headlines and he should have become calcio’s next big ‘bomber’, as Italians call strikers.

He was playing for the team he supported, Napoli, and had just lit…

Read More:How Fabio Quagliarella – Italy’s oldest-ever scorer -is on the best form of his