The coffin of former Arsenal and Spain footballer Jose Antonio Reyes was carried through the streets of his hometown on Monday morning as mourners gathered for his funeral following his tragic death at the age of 35.

Reyes died on Saturday after losing control of his Mercedes when it punctured a tyre while he was doing 147mph, it was reported by Spanish sports daily Mundo Deportivo.

The ex-Sevilla star’s body was carried from Utrera’s Town Hall, where it was held for an overnight wake, to Santa Maria Church on Monday, with a large crowd lining the streets to pay their final respects. 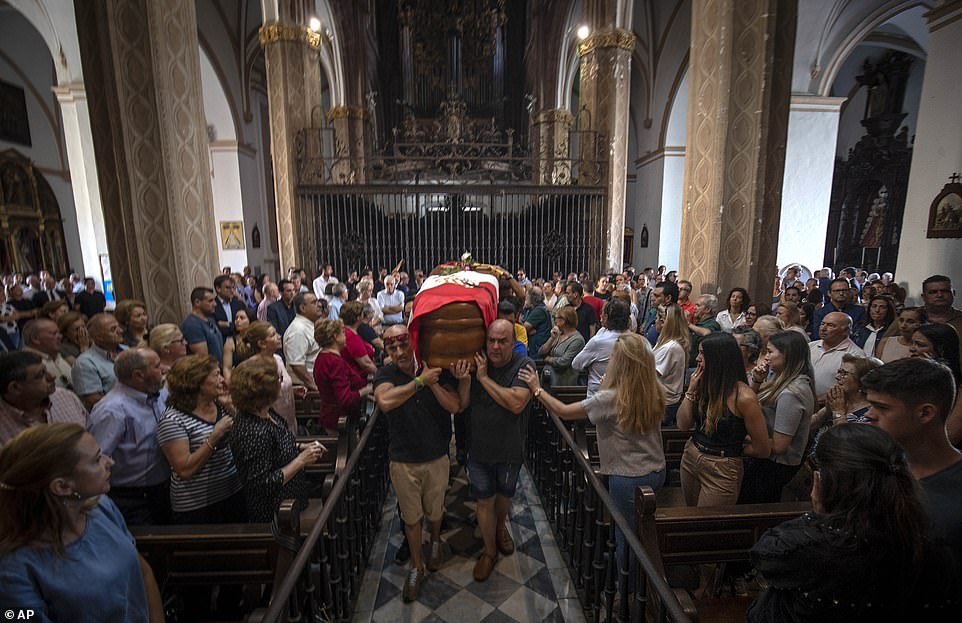 Hundreds of mourners watch on as Jose Antonio Reyes’ coffin is carried into Santa Maria church in Utrera, Spain, on Monday 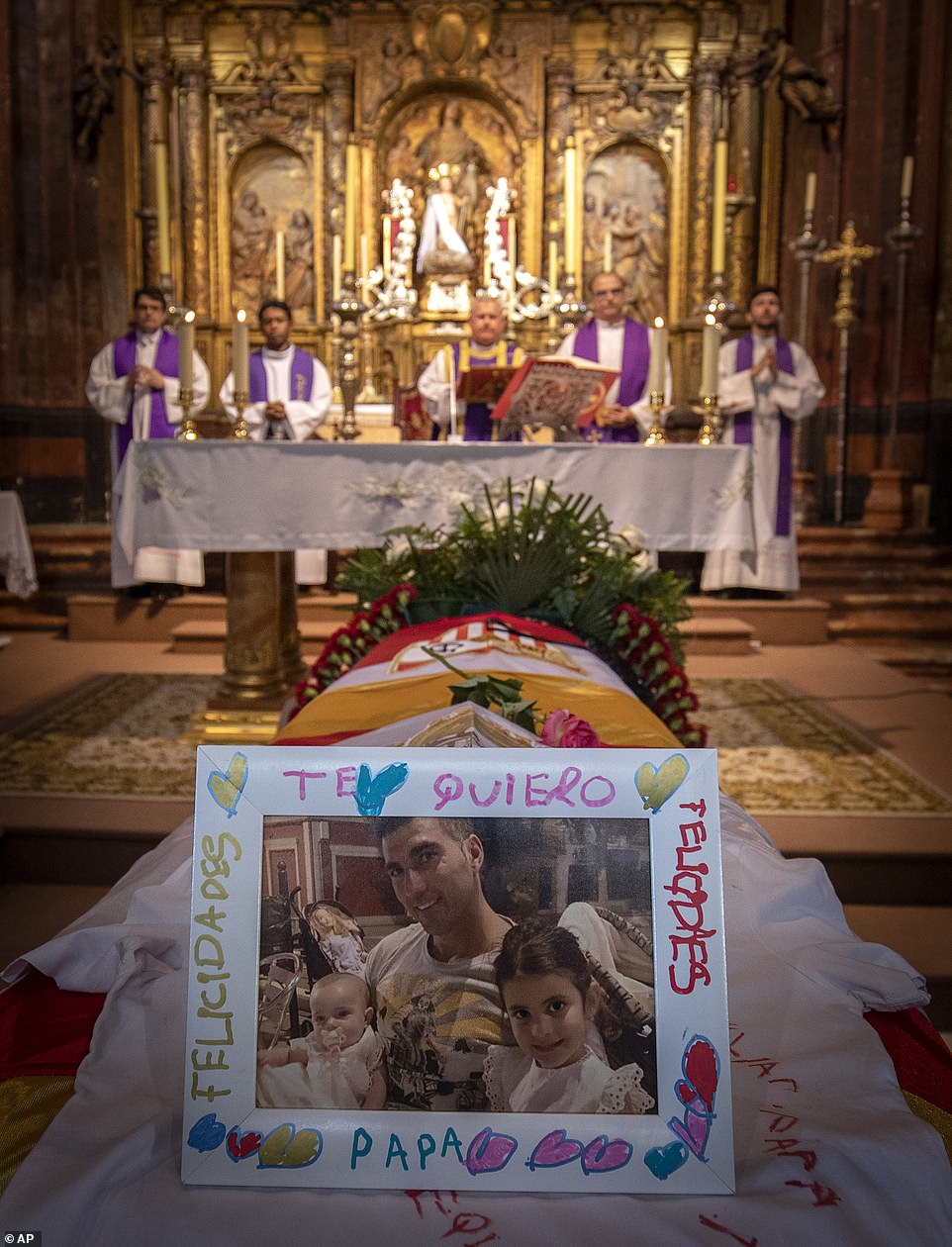 A picture of of Reyes and his children, with the message ‘ I love you, dad’, sits on top of his coffin inside the church 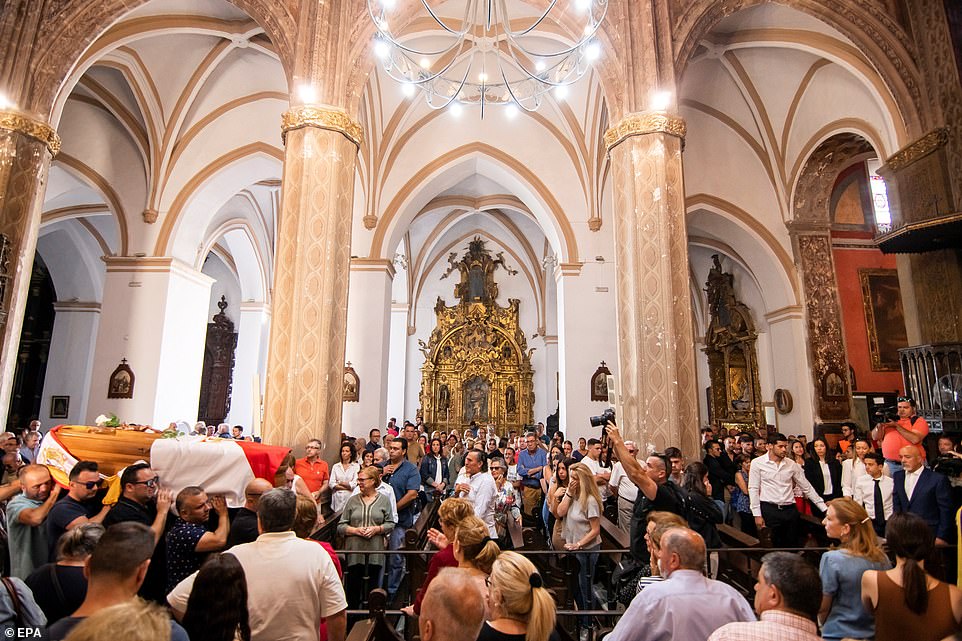 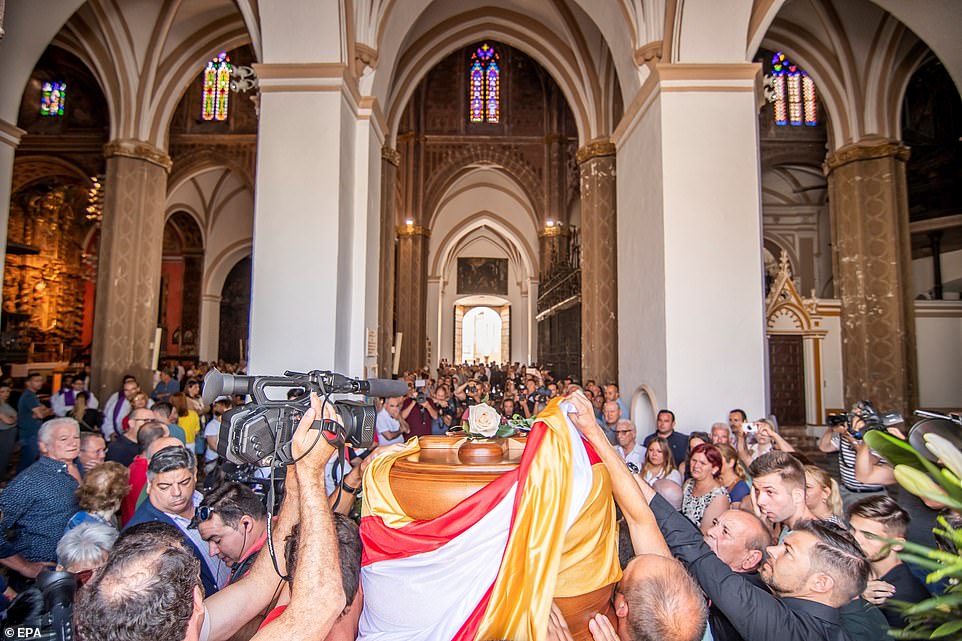 Reyes and his cousin, Jonathan Reyes, were killed in a car crash on Saturday after reportedly travelling at 147mph

Onlookers began to clap in tribute as the pallbearers appeared after standing in respectful silence while the hearse in front of them passed by first.

Well-wishers outside the town hall also broke into spontaneous applause as the coffin was brought out, with some shouting ‘Reyes campeon’ – Spanish for ‘Reyes champion.’

Reyes’ family and friends then joined hundreds of locals inside the church for the emotional service, which was held just two days after the horrific accident which killed him and his cousin, Jonathan Reyes, 23.

A picture of Reyes with his two daughters, Noelia and Triana, was placed on top of his coffin inside the church, complete with a hand-written message reading ‘I love you, dad’.

Arsenal manager Unai Emery was among those who attended Reyes’ funeral, along with Real Madrid midfielder Dani Ceballos and Sevilla president Jose Castro.

Reyes’ father, Francisco, was pictured holding a white rose as he was helped out of the church shortly after the funeral. He appeared to be overcome by grief at one point, covering his face with one hand. 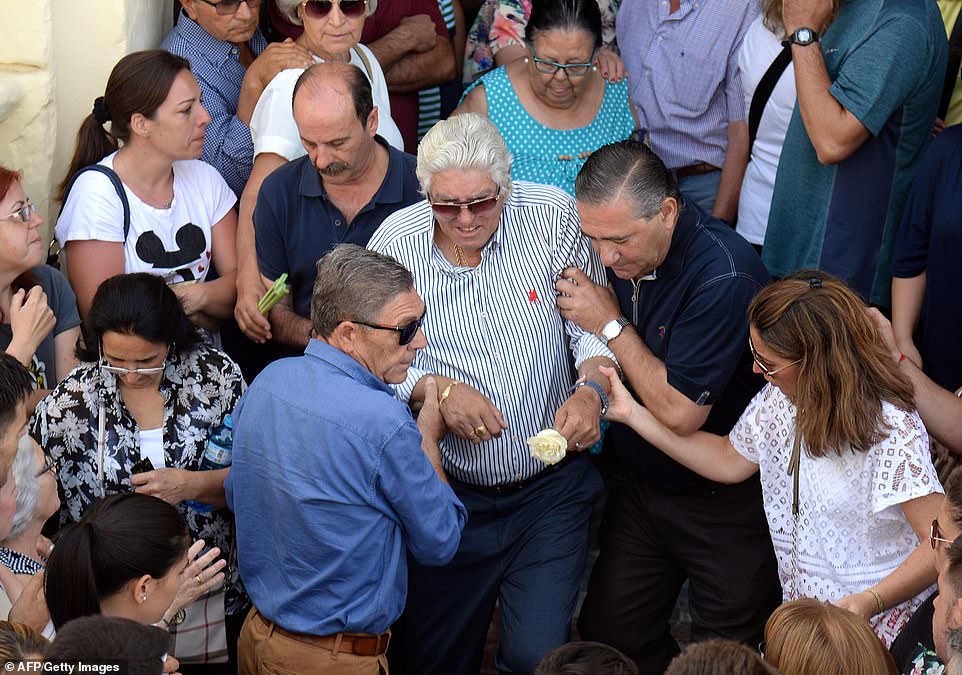 Reyes’ father, Francisco, carries a rose as he is helped out of the church after attending his son’s funeral on Monday morning 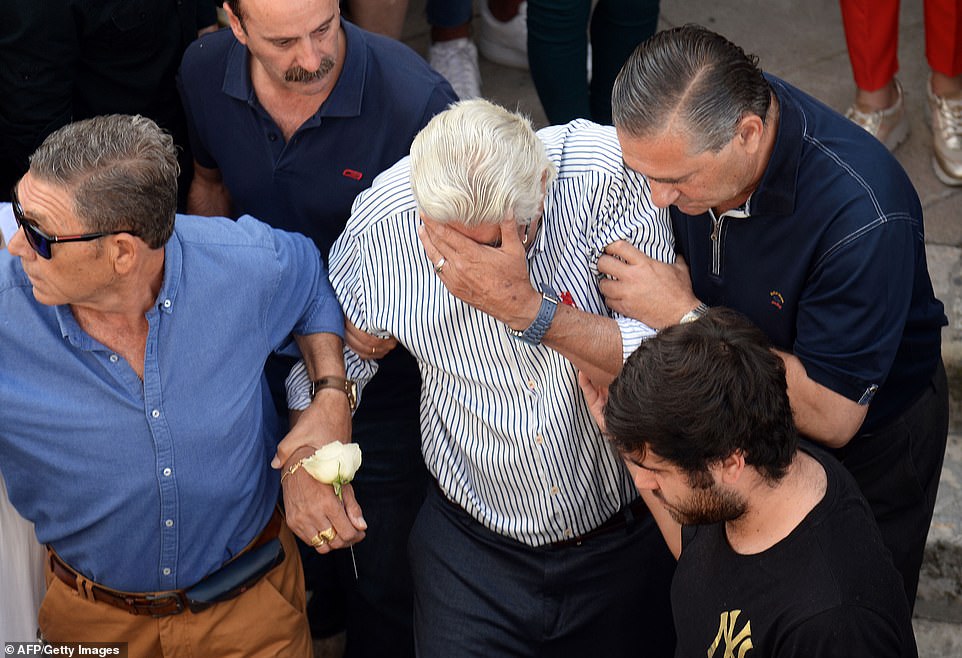 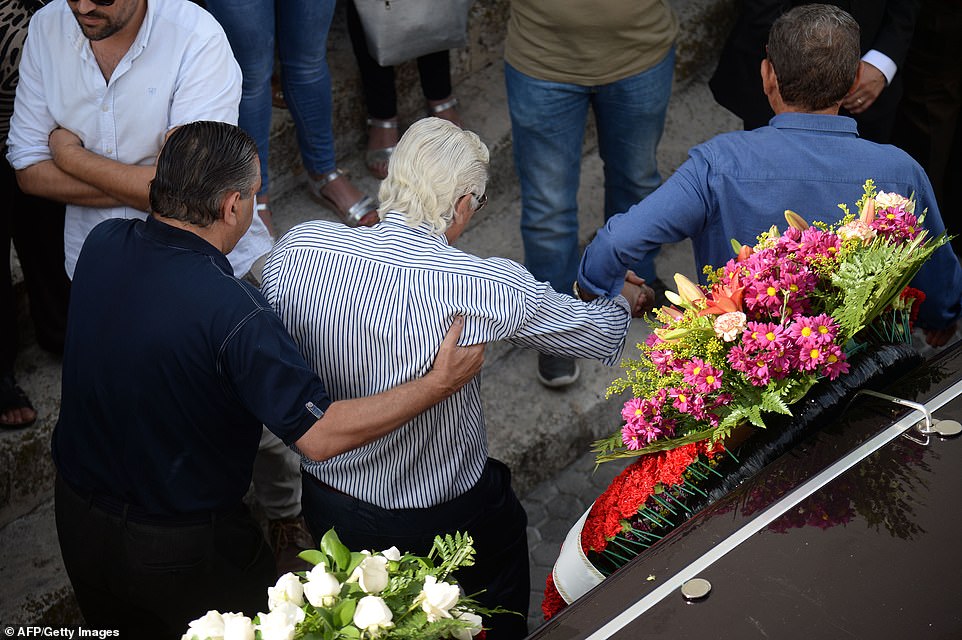 After the completion of the service, Reyes’ coffin was carried through the sea of mourners and placed inside a hearse outside the church.

The vehicle was adorned with floral tributes, including the message ‘siempre contigo’, which translates as ‘always with you’.

The hearse was driven slowly through the nearby streets, with more people lining up to catch a glimpse of Reyes’ coffin and pay their final respects.

His body was due to be taken to…

Read More:Jose Antonio Reyes’ coffin is carried through the streets of his hometown before