Bayern Munich are set to lose out on the loan signing of Real Madrid winger Takefusa Kubo, as the exciting Japanese youngster is set to head out to a La Liga side on another temporary deal.

The 19-year-old, who joined Real Madrid from FC Tokyo last summer, was immediately sent out on loan to Mallorca for the 2019-20 season and enjoyed a promising first year in Spain.

The winger scored four goals for Los Bermellones, who were relegated from the Spanish top-flight, but Kubo caught the radar of several top teams across Europe, including Bayern Munich. 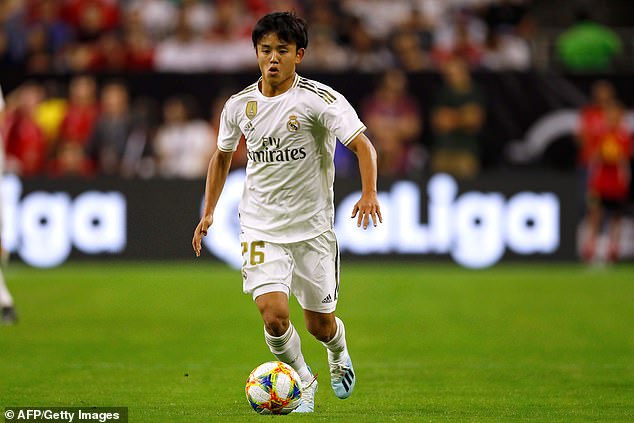 But Spanish news outlet AS report that Bayern Munich’s £4.5million loan offer for the winger has been rejected, with Madrid preferring to send him out to another Spanish side.

The report claims that Villarreal, now managed by former Arsenal boss Unai Emery, are leading the race for the exciting young winger.

Real Madrid are also considering an offer from Granada for the Japanese wonderkid, with the Andalusia club qualifying for next season’s Europa League alongside Villarreal. 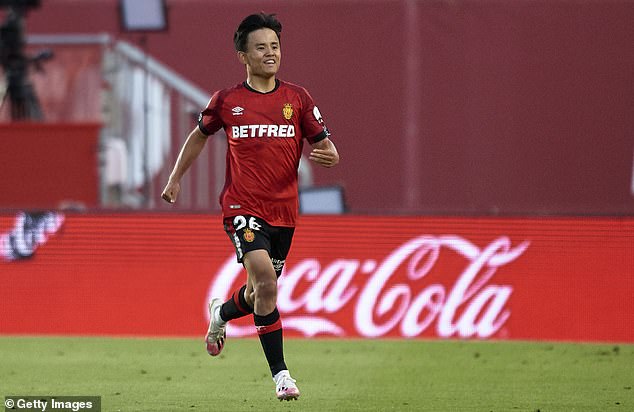 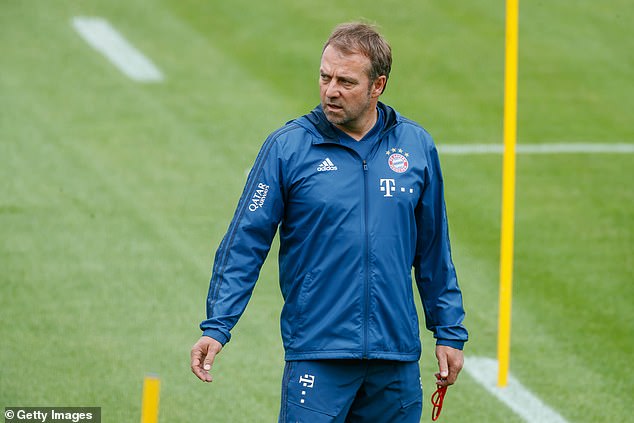 Bayern Munich, managed by Hansi Flick (above), had a £4.5million loan bid rebuffed by Madrid

The 19-year-old would prefer to move to a club that could guarantee him at least 40 appearances next season across all competitions, say AS.

Last season’s 10th placed side, Osasuna, and Celta Vigo are also keen on Kubo’s temporary signature for next season.

The Japanese youngster was previously on the books at Barcelona and spent four years at the Catalan club’s La Masia academy between 2011 and 2015. 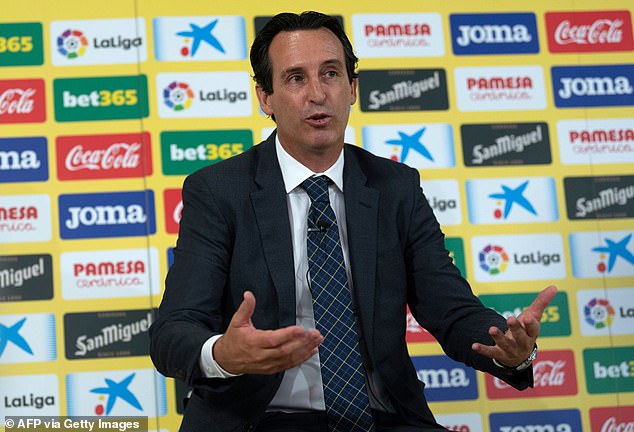 Villarreal, now coached by ex-Arsenal boss Unai Emery (above), are leading the race for Kubo

However, in signing Kubo, Barcelona had violated FIFA’s transfer policy regarding the signing of young players and Kubo was not allowed to represent the club.

He then moved back to Japan in 2015 in search of game time, but then join Barcelona’s arch-rivals Real Madrid four years later.