At the first mention of Frank Lampard and John Terry, the two Chelsea stalwarts who were the heartbeat of the trophy-laden mid-2000s era at Stamford Bridge, former team-mate Ricardo Carvalho continually repeats a simple phrase: ‘natural leaders.’

While Lampard has enjoyed a topsy-turvy if not progressive first season in the Blues hot seat, Terry was part of Dean Smith’s backroom team as Aston Villa escaped from Premier League relegation at the eleventh hour.

For many, a step into a managerial role is inevitable for Terry and while ex-Portuguese defender Carvalho agrees it is a matter of time, he believes Terry should wait for the right moment. Lampard, meanwhile, is building a talented side at Chelsea – a side that is capable of challenging for major honours come the new campaign in September, according to Carvalho. 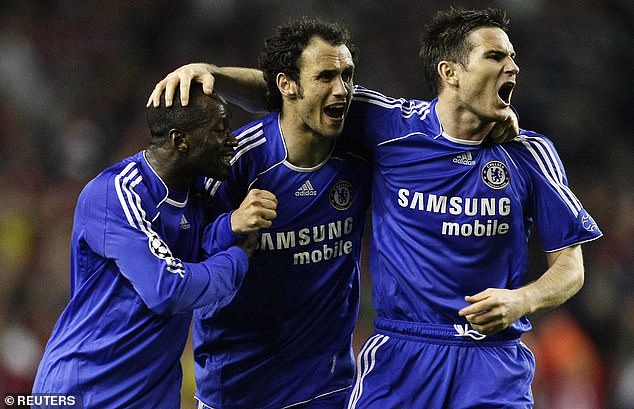 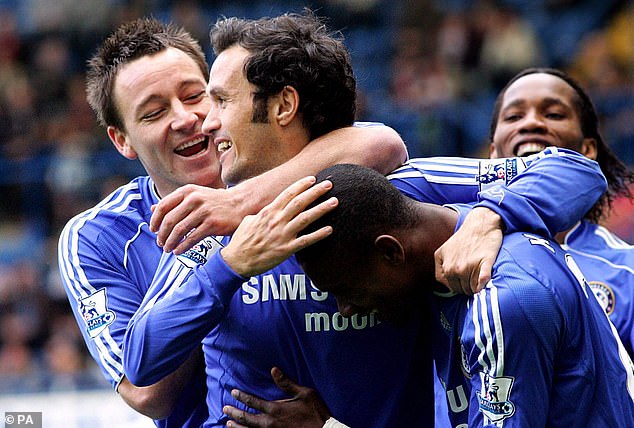 ‘Given he lost Eden Hazard, so far he’s done very well,’ Carvalho, who is currently in his first coaching role as Andre Villas-Boas’ assistant at Marseille, told Sportsmail.

‘He achieved a Champions League place for next season which of course is very important, and has brought in young, talented players.

‘Frank is building a very good team and I expect next year he can fight for the title with those players, for sure.’

Over a 20-year professional career riddled with honours, starting in modest Portugal and concluding in money-spinning China, Carvalho had one constant in his peak years: Jose Mourinho. 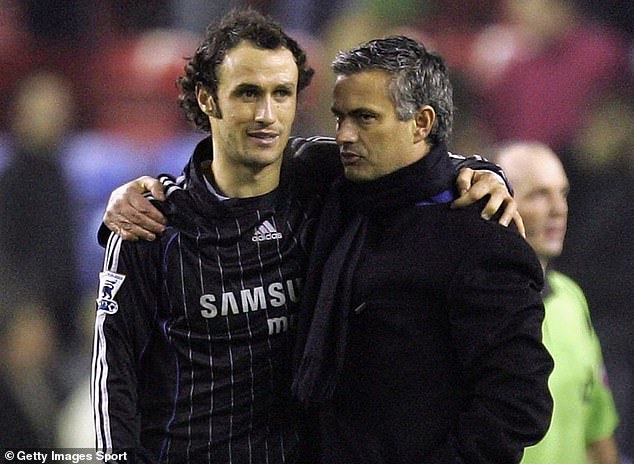 The 42-year-old played under the enigmatic young coach when he first arrived in European football, with Porto’s 2003 UEFA Cup win against Celtic the catalyst for years of success for the pair.

After winning the Champions League a year later, Mourinho moved to Chelsea and Carvalho – as well as right back Paulo Ferreira – uprooted to west London too.

Now though, following a disappointing spell at Manchester United, a now easily rattled Mourinho has endured a lacklustre start at Tottenham Hotspur.

So, has the maestro – as French outlet L’Equipe referred to this week – completely lost his ‘magic and mojo’?

‘Urm… no, I don’t think he’s lost his qualities’ says Carvalho, who also played under Mourinho at Real Madrid for three years.

‘I think now the football is very different. The players have changed and they have more power. The players change how they act and Mourinho now has to accept that’s the way it is.

‘Sometimes, the problem comes from the way in which the players don’t accept who he is – he is…